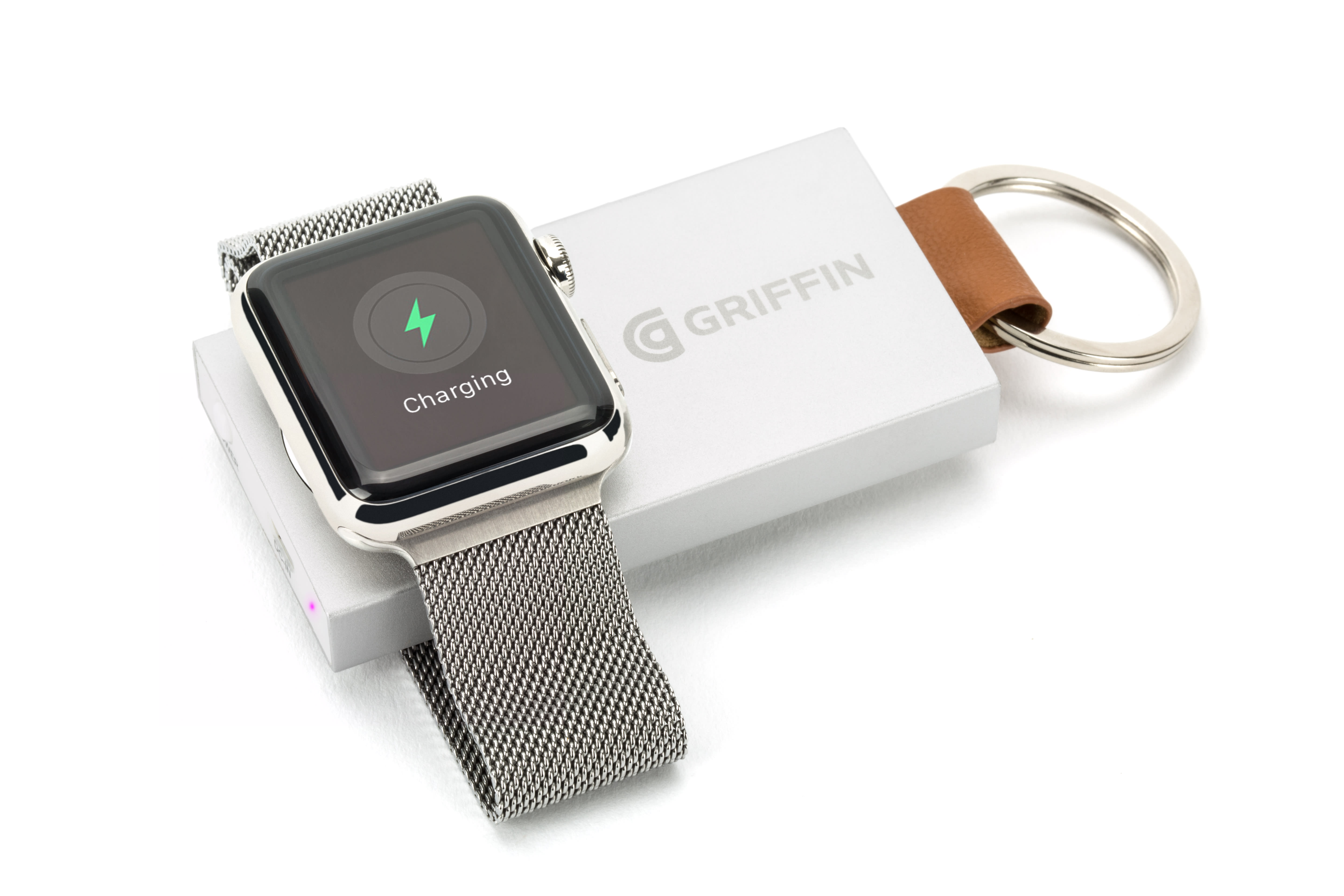 Until we have more efficient battery technology, it seems we're resigned to carrying extra battery packs around to keep our power-hungry devices running on busy days and nights. Griffin has taken this sad state of affairs to its logical conclusion with its new "Travel Power Bank" for the Apple Watch. For most people, the Watch's day-long battery is sufficient, though you'll definitely need to charge it nightly. But if you're particularly busy or away from power for extended periods of time, the tiny Travel Power Bank can use its 800 mAh battery to charge your Apple Watch up to four times before it need to be refilled.

I'll at least give Griffin credit for making the tiny charger a somewhat clever accessory -- it's meant to be attached to your keychain so you can just pull it out and drop your Apple Watch on it when it needs some juice. The charger itself isn't exactly a beautiful device, but it seems functional and unobtrusive enough. Unfortunately, it would be a lot more useful if you could power up other devices with it, but that doesn't appear to be the case. The micro USB port is only intended for recharging the Power Bank itself, not a smartphone.

The number of people who use their Apple Watch so much that its battery routinely dies enough to make Griffin's Travel Power Bank a necessary item are probably small, but the company must think there's a market for it or else we wouldn't be here. And you'll pay dearly for the luxury of topping off your Watch -- the Power Bank will cost $69.99, more than many more standard battery packs with much larger capacities. Most people are probably better off plugging their Watch into such a pack to get a quick charge than buying the Power Bank, but if you really need a small, Watch-only charger, get ready to open your wallet. Griffin says the charger will be available in Q2 of this year.

In this article: apple, applewatch, applewatchcharger, ces2016, gadgetry, gadgets, gear, griffin, mobile, travelpowerbank
All products recommended by Engadget are selected by our editorial team, independent of our parent company. Some of our stories include affiliate links. If you buy something through one of these links, we may earn an affiliate commission.