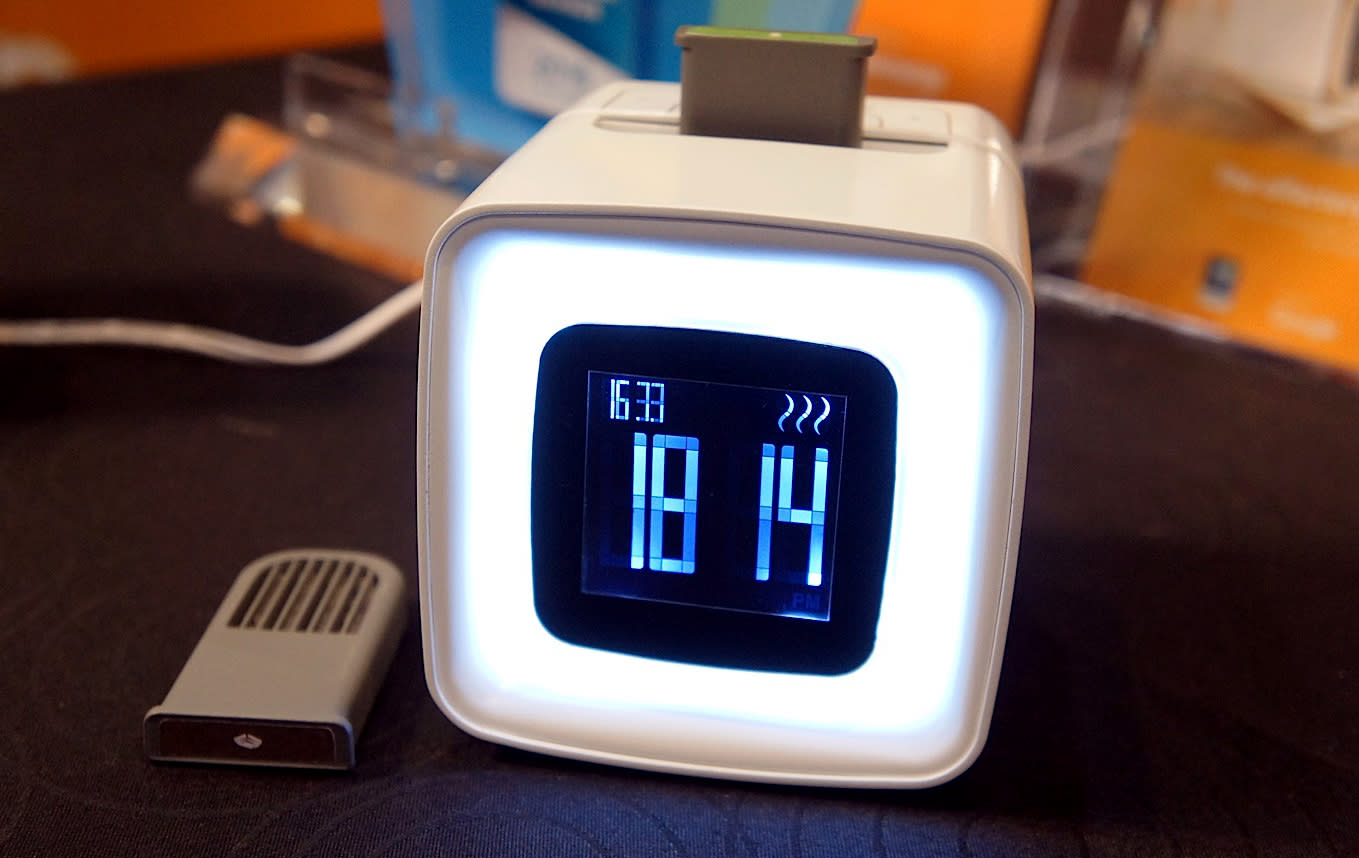 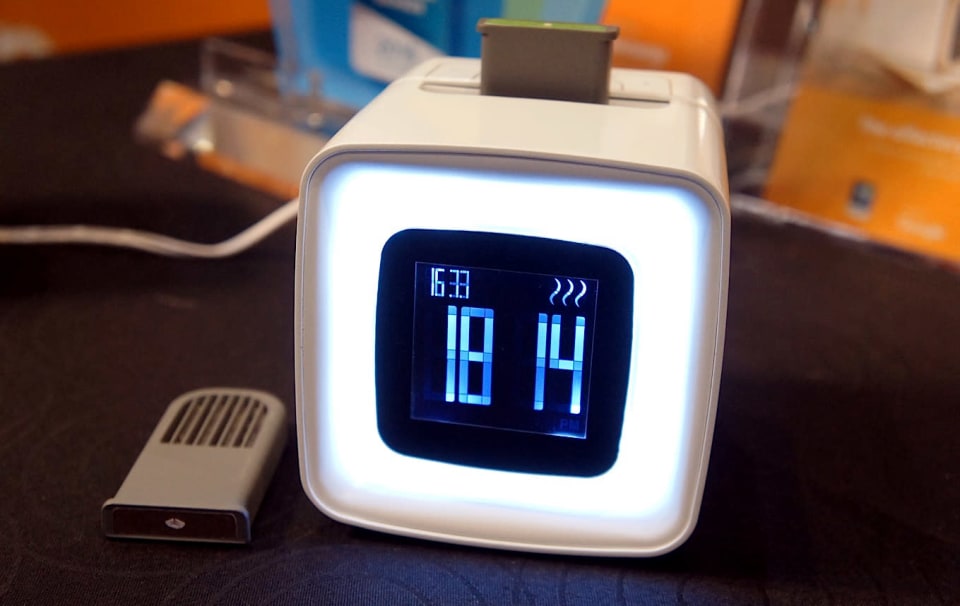 One of the most hated sounds in the world has to be the shrill siren of the alarm clock in the morning. But what if you could wake up to a pleasant scent instead? That's the thought behind the Sensorwake, which is a unique olfactory alarm clock. Insert one of six scent cartridges (ocean, lush jungle, croissant, coffee, chocolate or peppermint) in the slot, program in your wake time and you'll be awakened with the aroma of your choice. The invention of Guillaume Rolland, a French teenager who says he hates mornings, the Sensorwake raised over $200,000 thanks to a Kickstarter campaign earlier last year. Now the Sensorwake is also part of the Google Success Engine program, which is a way for the Mountain View firm to fund interesting and unique startups. As for why Rolland invented it, well, he said that alarms were a much too harsh way to wake up. "It's a personalized and more gradual way to wake up," he said. Apparently the scent-based alarm clock claims a 99 percent success rate at waking people up, so maybe he's onto something here.

Right now, the Sensorwake is still in production. It's partnered with Swiss fragrance manufacturer Givaudan for the different scents, with perhaps more to come in the future. It costs $109 (though there's currently a special pre-order price of $89) and will start shipping this May. It sounds pretty cool, just as long as those scents don't include "Farts" and "Porta Potty."

In this article: alarmclock, ces, ces2016, cesunveiled, gadgetry, gadgets, gear, sensorwake, smells
All products recommended by Engadget are selected by our editorial team, independent of our parent company. Some of our stories include affiliate links. If you buy something through one of these links, we may earn an affiliate commission.