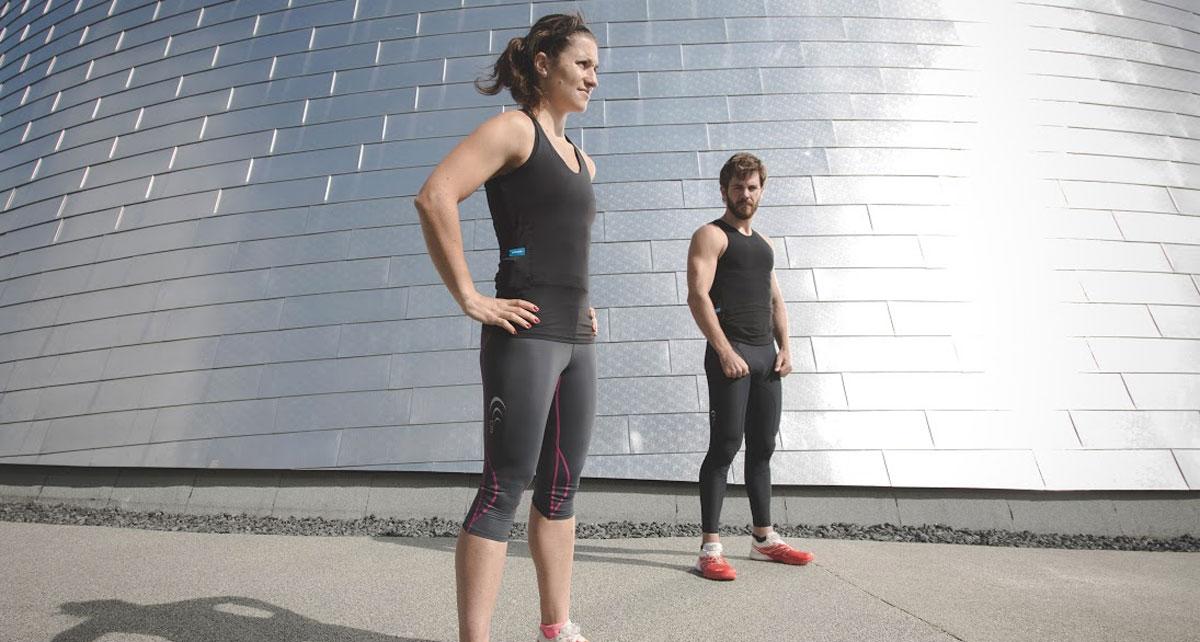 In late 2014, I tested out Hexoskin's first smart shirt, a vest that promised to monitor your vital statistics while you exercised. After a year in the lab, the company has rolled up to CES with a second-generation version of the wearable that comes with a couple notable changes. The first is that the battery life has been extended, with the firm promise that it'll last up to 30 hours on a single charge. After that, the most notable tweak has been to include Bluetooth Smart in the hardware, enabling it to connect to any compatible GPS, smartwatch or bike computer. In addition, the data that you create while out and about can now be exported to third-party fitness apps like Strava, Runkeeper and Endomondo.

The original Hexoskin (which has been renamed Hexoskin Classic in light of the new generation) was a hit on Indiegogo, and the firm is going back to that same well. As such, users interested in getting their hands on one of these will have to pledge $299, which is $100 less than it'll cost at retail. I'm going to reserve judgment until I can get one of these for testing, since the first-generation shirt struggled to identify specific movements during my workouts. The firm hasn't spoken about any improvements in its accuracy this time around, but I'm looking forward to finding out.

In this article: BluetoothSmart, CES2016, Endomondo, gear, Hexoskin, HexoskinSmart, RunKeeper, Strava, wearables
All products recommended by Engadget are selected by our editorial team, independent of our parent company. Some of our stories include affiliate links. If you buy something through one of these links, we may earn an affiliate commission.