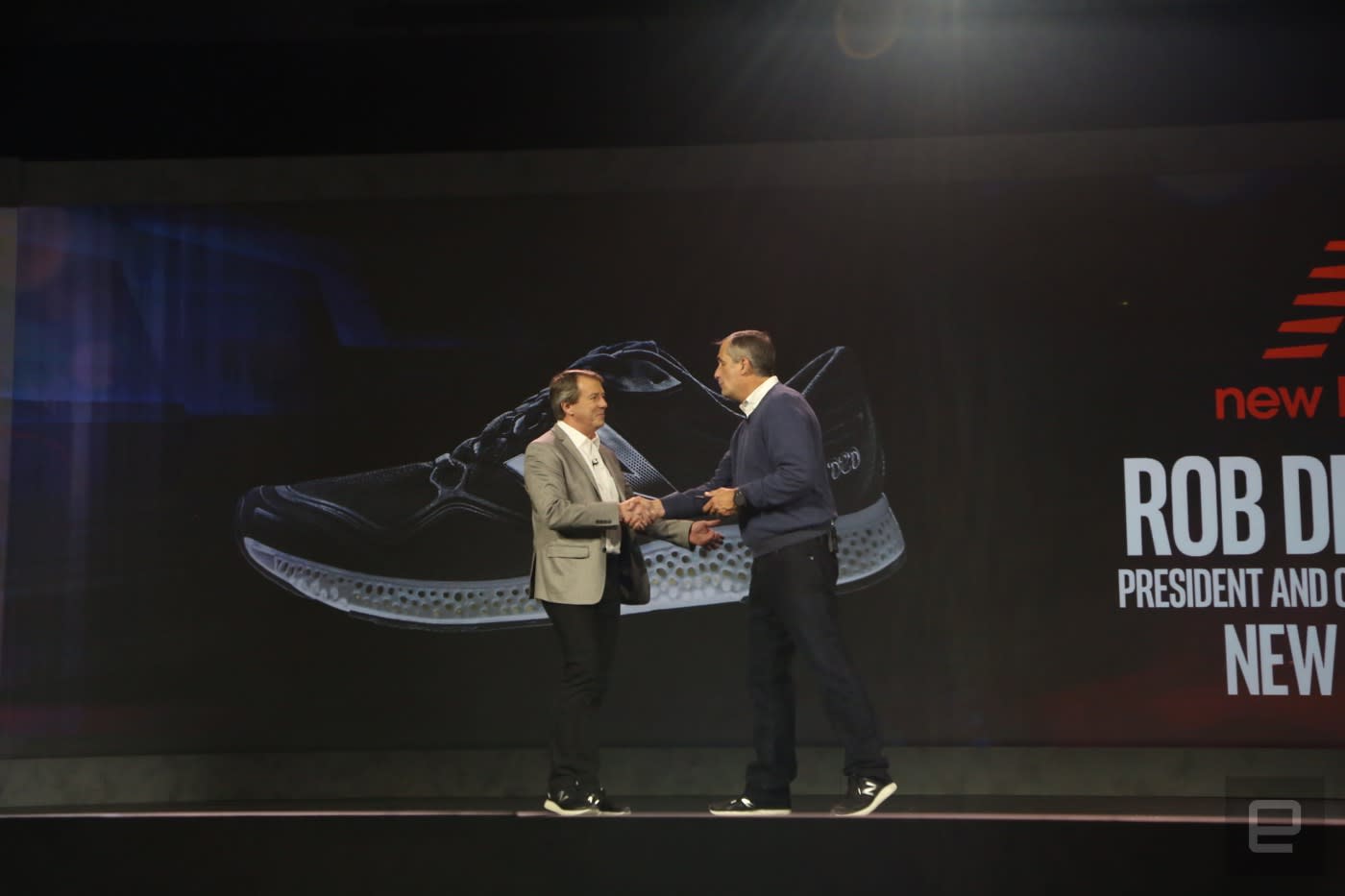 At today's CES keynote, Intel CEO Brian Krzanich revealed that the company has signed a deal with New Balance to produce a sports-based smartwatch. The Android Wear-running device, as described by Krzanich and New Balance CEO Rob Demartini on the CES stage, is designed by runners, for runners. It will be available this holiday season.

Before the show began, we got some hints about what the device would be from Steve Holmes, head of the firm's new devices group. He believes that the wearable will harness Intel's technology on the inside, while New Balance will design the look and feel. The sportswear company will also bring its know-how to craft activity-tracking algorithms for the device. By implication, it sounds like a similar deal to the one Intel signed with Tag Heuer, providing the hardware and software onto which the watchmaker could slap its logo.

The smartwatch is just the first step for New Balance and Intel: They're partnering for New Balance's "Digital Sport" division, which aims to develop wearable, embedded and analytic technology for athletes.

In addition, Krzanich took to the stage wearing a pair of New Balance trainers with a 3D-printed sole. The footwear was specially crafted to suit the CEO's feet using images shot with an Intel RealSense Camera to perfectly suit his walking style. We've asked, and neither company has expressed a desire to bring this sort of tech to retail, but it's certainly something that's possible to create in the future.

In this article: CES, CES2016, gear, Intel, NewBalance, wearables
All products recommended by Engadget are selected by our editorial team, independent of our parent company. Some of our stories include affiliate links. If you buy something through one of these links, we may earn an affiliate commission.