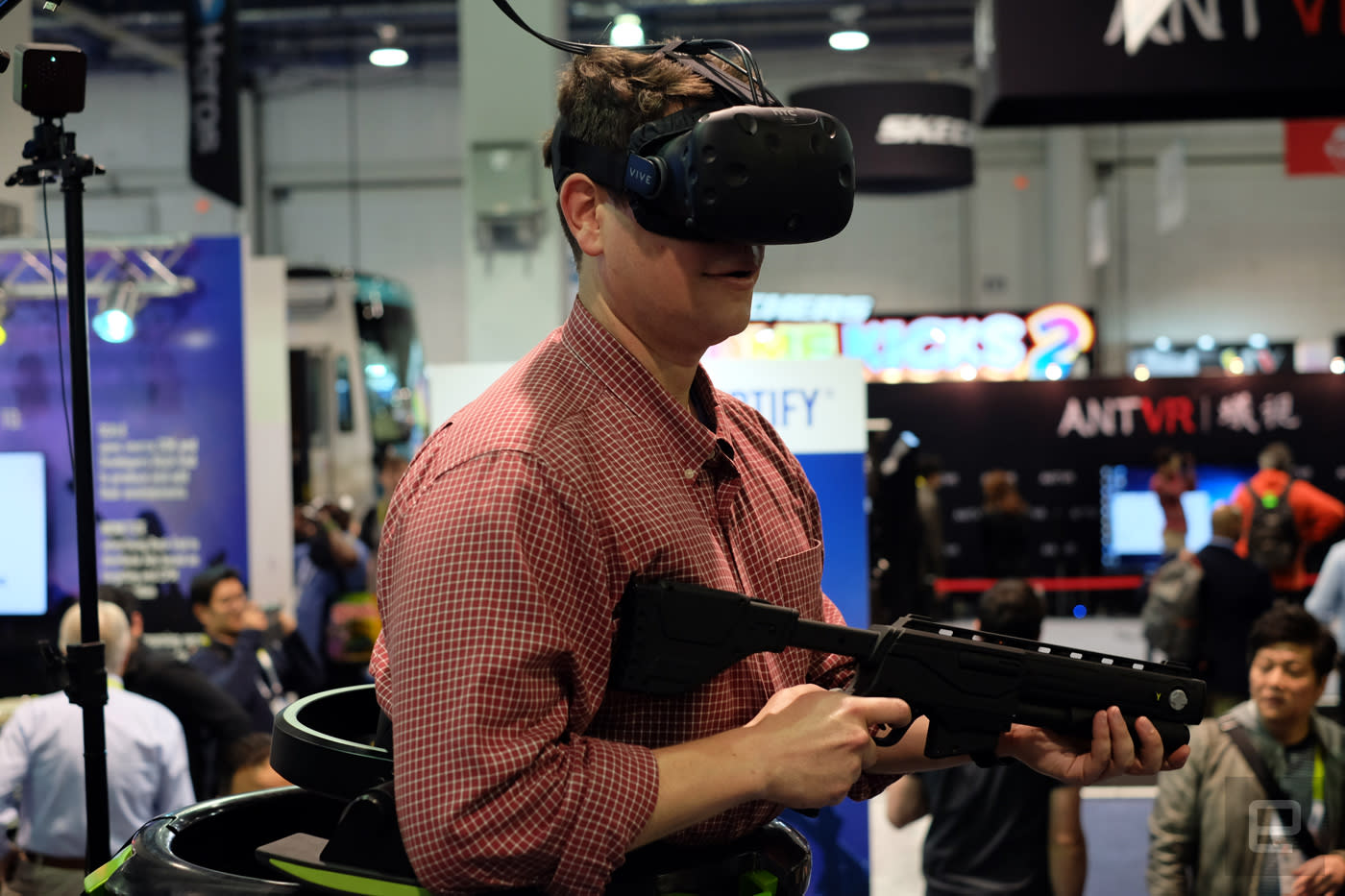 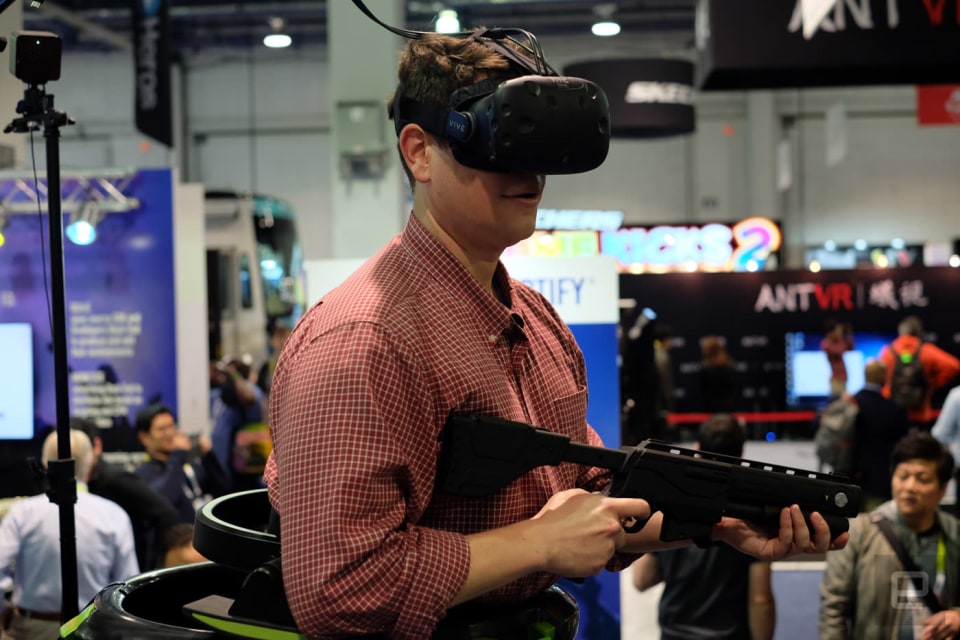 We've been watching the development of Virtuix's Omni VR treadmill since 2013. The company debuted a fully-functional production model at CES 2016 and I was lucky enough to take the $700 device for a test drive -- or rather test run.

The treadmill doesn't work like the one at your gym, mind you. There aren't actually any moving parts. Instead, the user wears special, $60 super-slippery soled shoes adorned with accelerometers that track their movement as the user slide-steps atop the unit's floor. The user is also strapped into a lower body harness to keep them centered above the unit, which also allows them to shuffle their feet faster. All this physical movement translates into in game movement -- walk forward, to move forward in the game; back pedal to reverse course. Easy, right?

I had a chance to strap myself into the Omni for a brief demo on the CES 2016 showfloor and, holy poop on a stick, this thing is freakin' awesome. I've been playing first person shooters since the days of Doom on the PC and have always longed for a more immersive experience. Spamming my keyboard's Up arrow and swiping my mouse to look around never really did it for me -- it was always too stiff to really get me into the game. Same with modern console FPS's like Call of Duty -- ot being able to look around independently from where my weapon was aimed not only was unrealistic, it put me at a tactical disadvantage. Not so with the Omni. The generic "base defense" shooter game that I tried blew me away. Having to actually move, turn, look around and aim was incredibly immersive and added a completely new level of gameplay. There's no more sprint button. If you want to run faster, then you really have to run faster. I was sweating by the end of my session -- and grinning harder than I have in years.

Even the easy mode that I tried, wherein you fire where you look rather than where the gun is pointing -- had my heart pounding. There's a more advanced option that I wasn't able to try but reportedly allows you to look, run and aim in completely different directions -- that is run forward, look left and shoot right. And with the optional dual pistol controllers, rather than the rifle I used, I'm sure I could muster some straight John Woo Hard Boiled-level gunplay. 13
In this article: av, CES, ces2016, Doom, gadgetry, gadgets, gaming, hands-on, John Woo, Omni, timeline16vrgear, virtualreality, virtuix, Virtuix Omni, virtuixomni, VR
All products recommended by Engadget are selected by our editorial team, independent of our parent company. Some of our stories include affiliate links. If you buy something through one of these links, we may earn an affiliate commission.