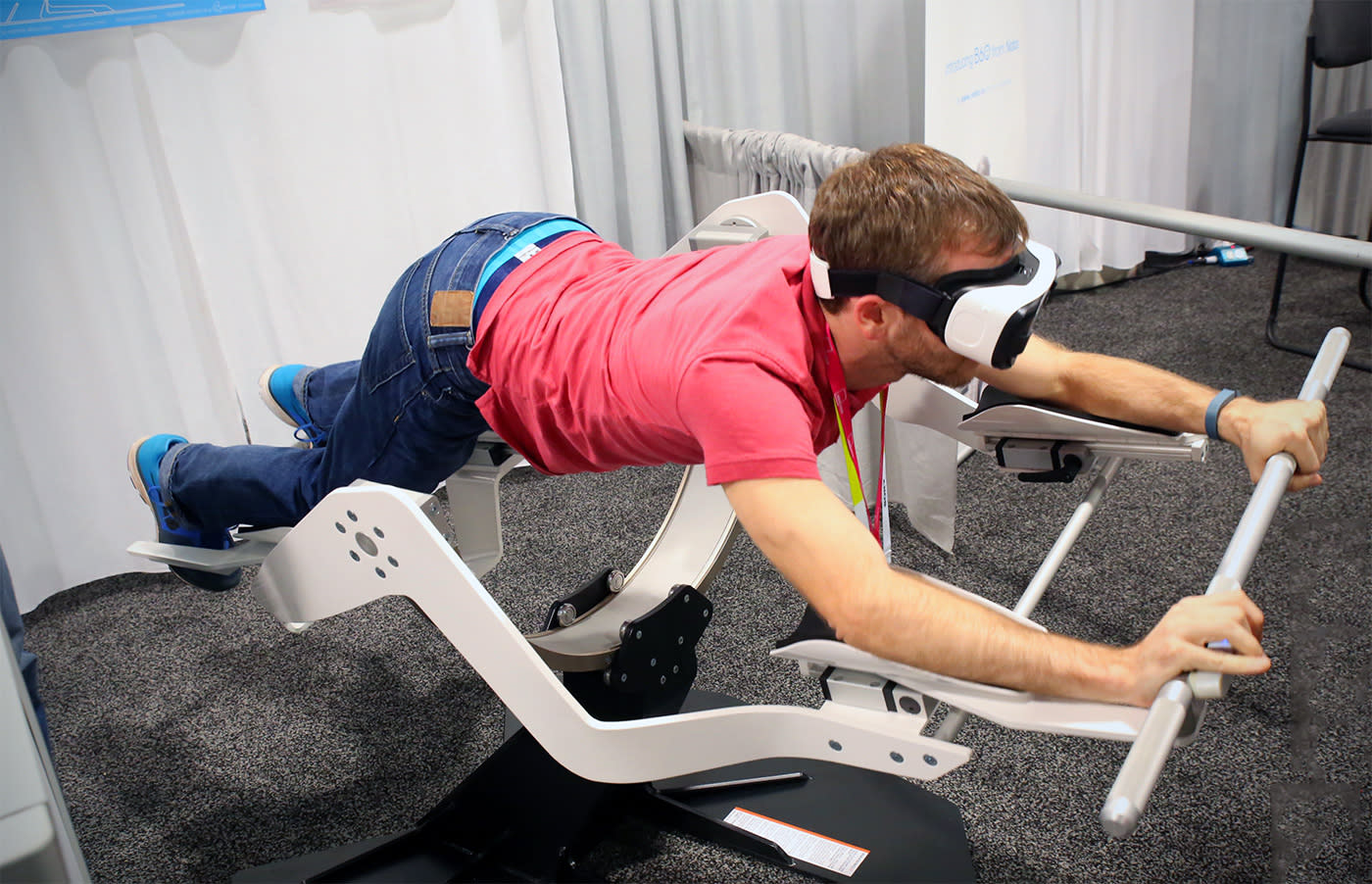 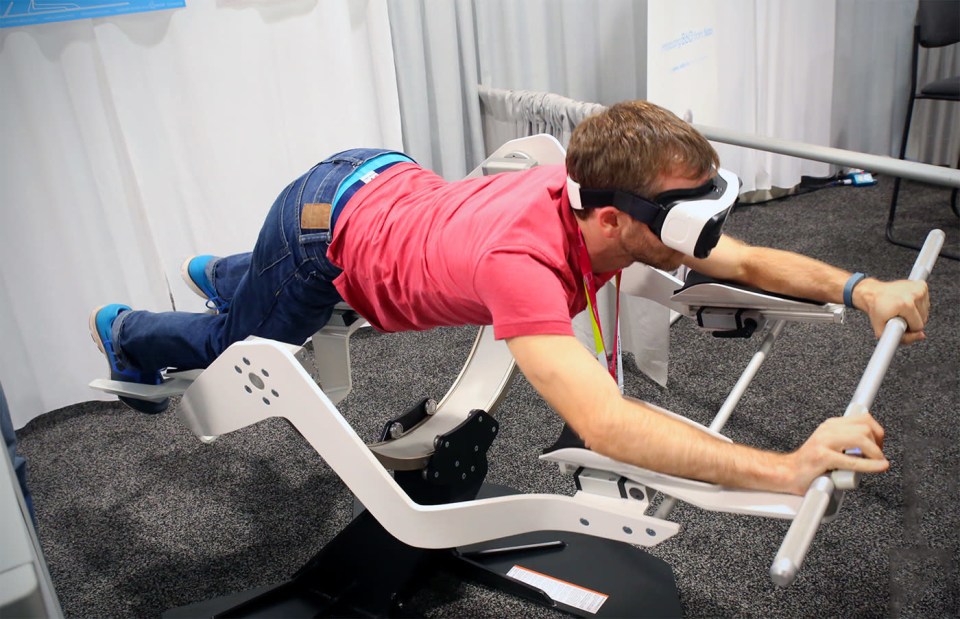 I did not look nearly as graceful as this guy.

Riding on a flying, virtual Pegasus is cool and all, but German design firm Hyve has cooked up what might be an even purer VR flying experience. Rather than plop down on a specially made stationary bike, designer Johannes Scholl has spent the last two years of his life crafting Icaros, a rig you climb on top of to simulate flight. There's no motor or hydraulics here — the sense of motion is derived solely from your own of balance... or in my case, the lack thereof.​ Here's how it works. Once you're atop the Icaros — if you're doing it right, you're basically doing a plank on it — you'll strap on a VR headset like a Samsung Gear VR or an Oculus Rift (both are supported). One touch of a button on a control box strapped to the grip bar fires up the only "game" available right now, launching you into the crisp skies above an icy fjord. Another button slowly lets you crank up your speed, and that's really the long and short of it. As you stick your hips out and shift your weight around, your real world motion translates into in-game.maneuvers. To sum the experience up briefly: It. Was. Weird.

For the first few moments, I felt like Scholl was tricking me into exercising (not a surprise: the Icaros rig started off as a piece of abstract gym equipment designed as part of his). After that, though, I actually almost felt like I was flying, like my minute motions were helping me cut through the skies over a primordial glacier. I can't gloss over the learning curve, though. While trying to get my head on straight, I kept screwing up by straightening out my legs and shifting my weight forward. The end result? A hearty CLUNK as my lower half seesawed up into the air. In-game, I crashed into a glacier wall. By the time my trip was over, I had a sheen of sweat on my forehead and a surprisingly sore set of abs. It was worth it. For a brief, shining moment, I was far from the show floor. For a moment, I could've sworn I felt a shock of chilly Arctic air (it was actually a gust of air caused by someone running around). Will Icaros catch on with a VR-hungry public? Maybe. Either way, it saved me -- however briefly -- from Las Vegas' glittering, grimy grip. Thank you.

In this article: ces, ces2016, flying, gear, gearvr, hands-on, hyve, icaros, oculusrift, samsunggearvr, simulation, startup, timeline16vrgear, virtualreality, vr, wearables
All products recommended by Engadget are selected by our editorial team, independent of our parent company. Some of our stories include affiliate links. If you buy something through one of these links, we may earn an affiliate commission.