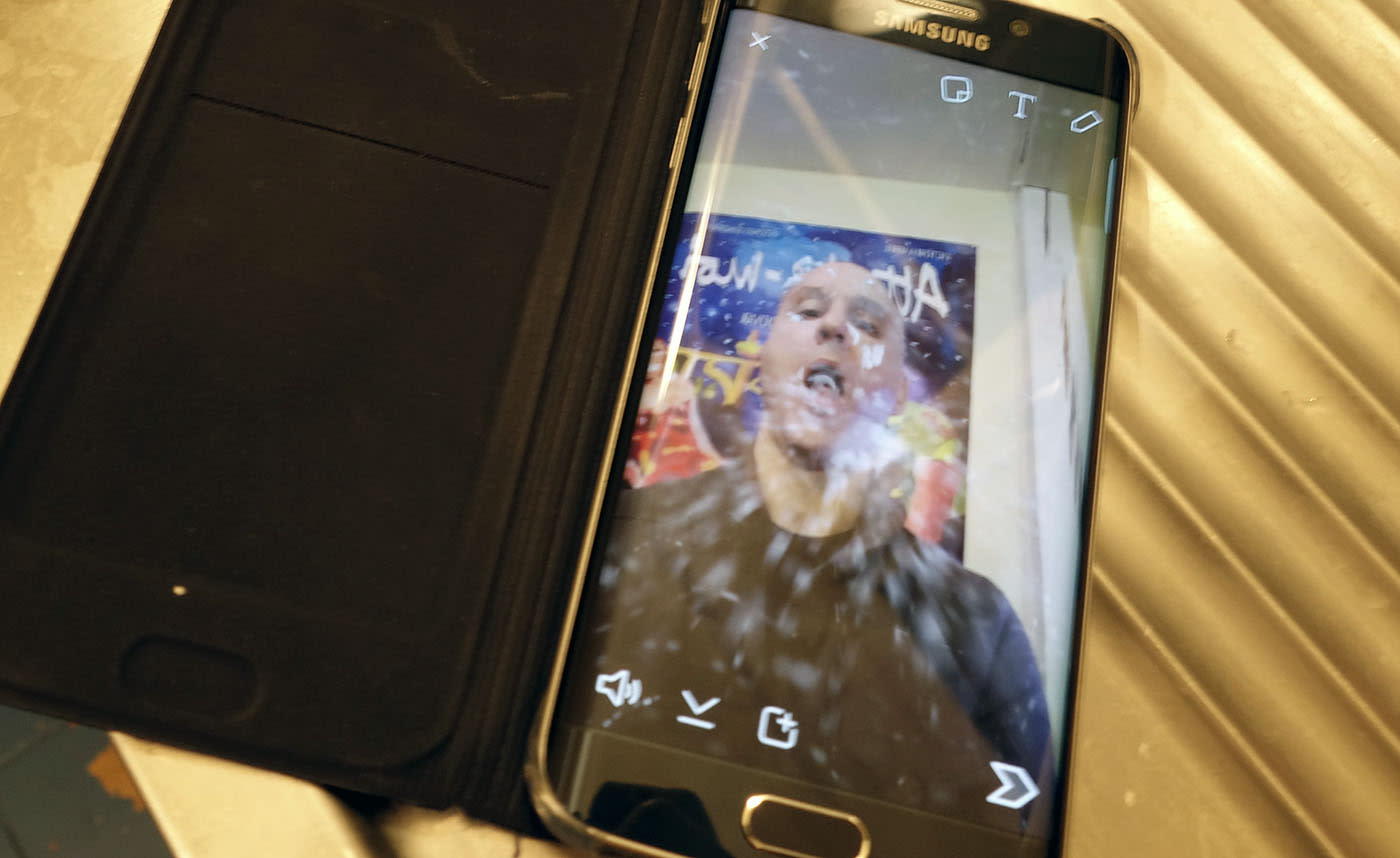 You probably wouldn't give up hundreds of thousands of dollars in revenue a month, but then you're not Snapchat. The social app will close down its popular lens store this Friday after opening it just a couple of months ago. As a reminder, with the camera in selfie mode, you can add a variety of free or 99 cent filters that make you a snowball target (above) or let you puke out rainbows, for example. The company will let you keep the lenses you've already bought, of course, and will eventually offer many of the paid lenses for free.

Snapchat told Business Insider that it shut down the store in order to focus on its advertising business, despite the fact that it was selling tens of thousands of filters per day. However, the company will still sell sponsored lenses to businesses like Beats for hundreds of thousands of dollars, reportedly. Snapchat has been trying to monetize its millions of users of late, but has run into to trouble due to a lack of data on how many people actually interact with the app. We're sure the $10 billion company will figure it out, but in the meantime, if you want to get some lens filters, grab them by January 8th.

In this article: cameras, Closing, culture, Filters, In-appPurchases, LenStore, mobile, Snapchat
All products recommended by Engadget are selected by our editorial team, independent of our parent company. Some of our stories include affiliate links. If you buy something through one of these links, we may earn an affiliate commission.