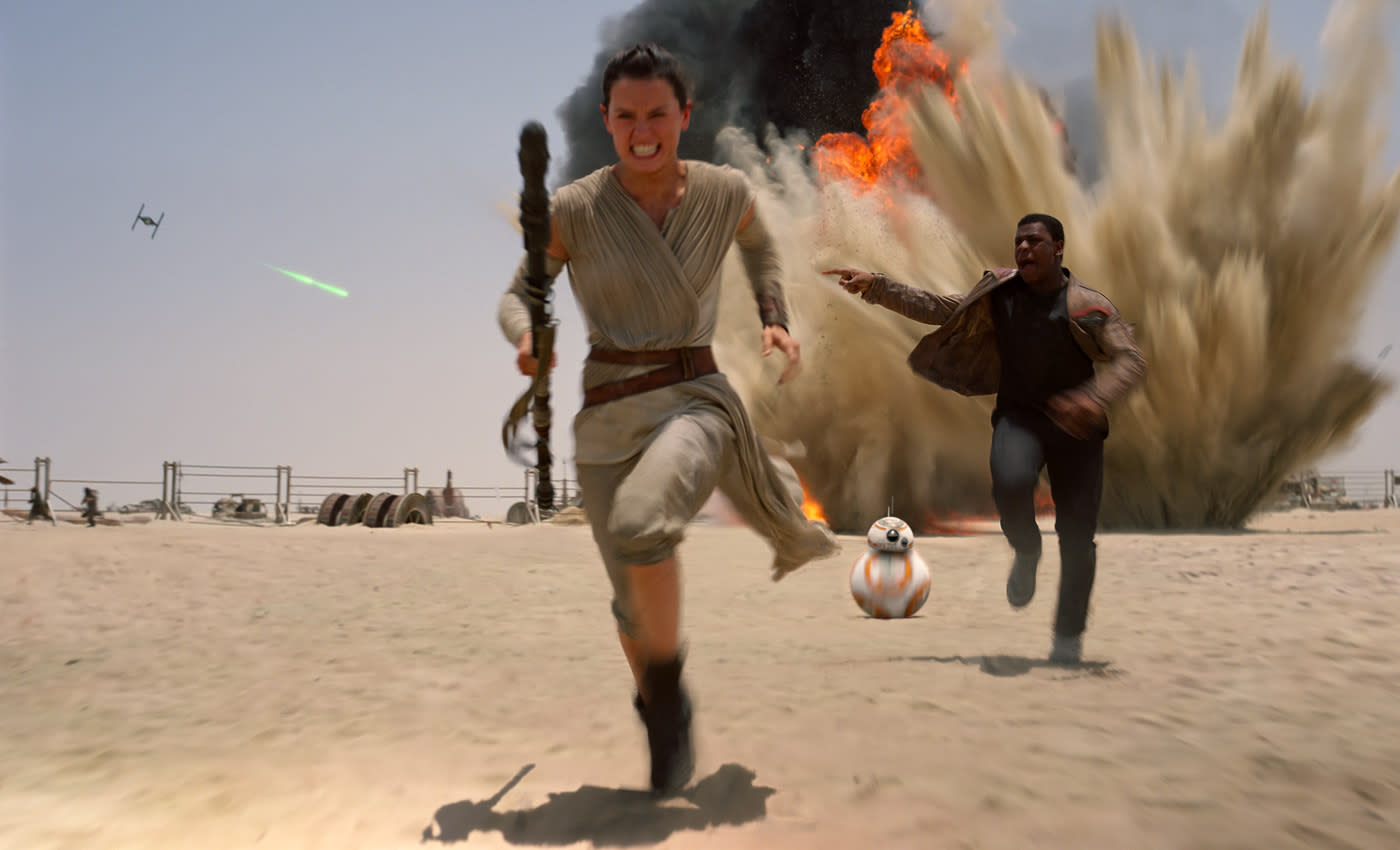 You knew it was just a matter of time before Star Wars: The Force Awakens broke some of the truly huge movie records, and that's starting to happen this week. As of sometime on January 6th (likely by the time you read this), TFA will become the highest-grossing movie of all time in North America, pushing past Avatar's $760.5 million. It'll take much longer for the flick to achieve the worldwide record (it's just under $1.6 billion versus Avatar's $2.8 billion), if it does at all, but the Chinese debut on January 9th could give it a healthy push toward that goal.

Of course, many will be quick to point out that this doesn't make Star Wars the most-viewed movie ever. Adjusted for inflation, it's 'just' 21st on the domestic gross charts -- Gone With the Wind remains the seemingly-unassailable champion, and it's currently outranked by most of the other Star Wars movies. TFA's advantage is simply that it has weeks to catch up.

All the same, it's a big achievement. For a while, it looked as if Avatar's mix of a big-name director, cutting-edge (for the time) graphics and over-the-top hype was going to keep it comfortably in front. A new Star Wars movie was always going to do well as long as it was reasonably good, but reaching this kind of milestone this quickly shows just how spectacular the demand really is. At this rate, the only real challengers on the horizon are future Star Wars movies -- sci-fi may dominate the box office records for years to come.

In this article: av, culture, entertainment, episodevii, movies, starwars, starwarstheforceawakens, TheForceAwakens
All products recommended by Engadget are selected by our editorial team, independent of our parent company. Some of our stories include affiliate links. If you buy something through one of these links, we may earn an affiliate commission.