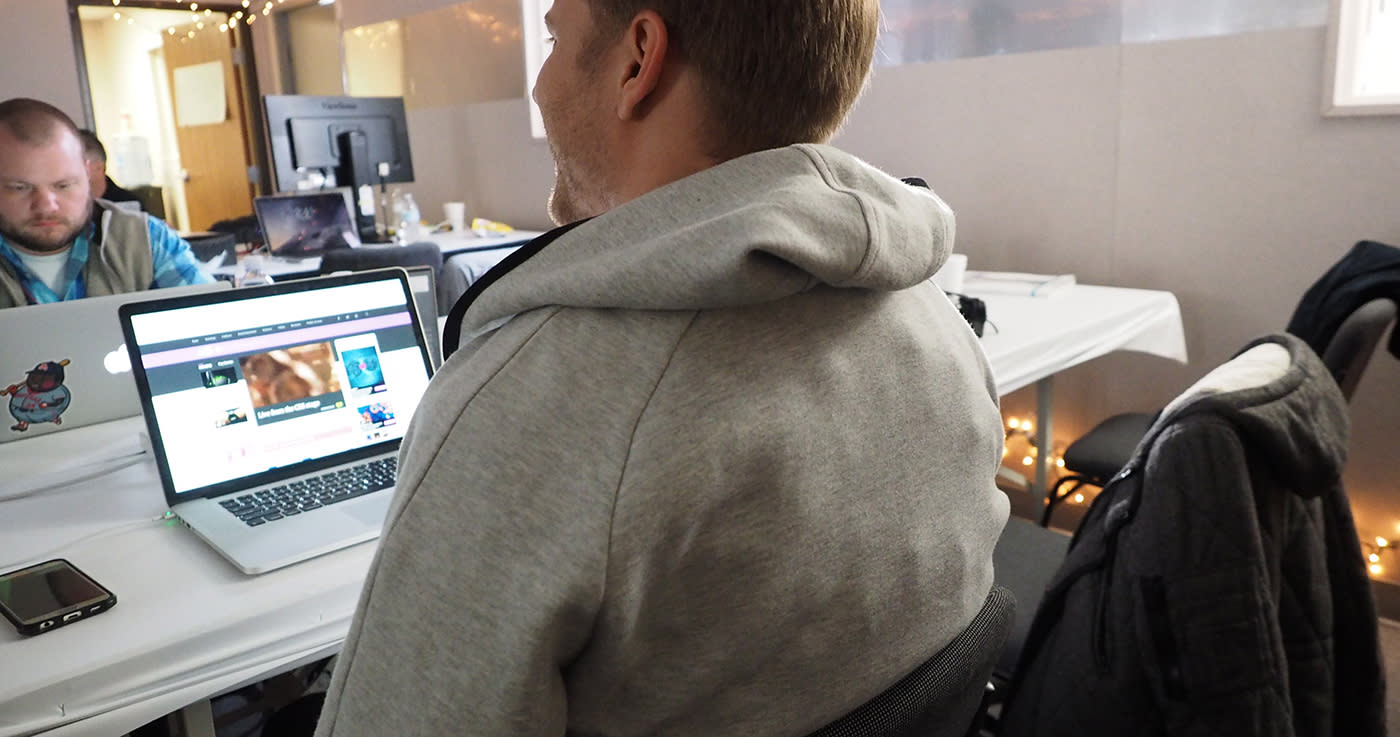 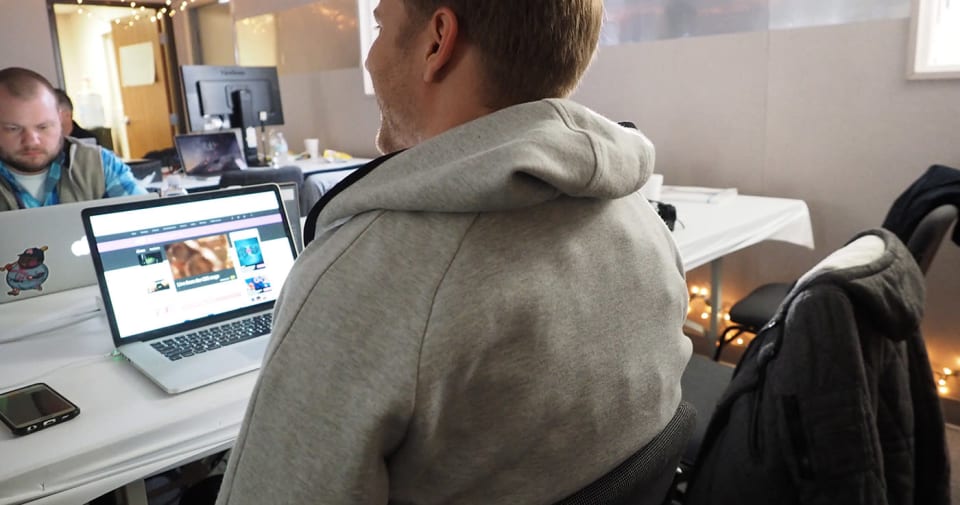 I like massages. Who doesn't? But what if you could get a massage while you worked? Stood up or sat down anywhere. In your home, the office, or in the car? That's the premise of the AiraWear, a massage vest that embeds into (at the moment) a zip-up hoodie. I'm typing part of this article while my shoulders are being gently teased by two firm foam points, backed by air cushions that inflate and deflate. I just cranked the power to max and I'm feeling pretty good. It's not the first massage wearable we've seen, but it's a surprisingly effective one. Six inflatable pads have stiffened foam points attached to them: these are positioned in a way to ease muscle knots and generally feel nice. The vest also inflates in strips running vertically along your back, which adds a body compression effect, which keeps those expanding pads in place and, according to parent company Tware, strengthens mental focus. (The company has worked on stress- and pain-relieving wearables for a few years.) Of course, it looks like you have a bunch of lumps growing out of your back, but that's the price you pay for a massage at your desk. The massage effect is notably stronger when you're sat in a chair, which helps push the massage pads into your back.

Targeted massages can be directed to the upper and lower back, as well as the shoulders, with a relax mode that attacks all three and a sleep option that's altogether gentler. The current prototype lasts for three hours of massage, with a rechargeable battery that holsters in the side of the vest. It can be attached to zip-up clothes: the company has made several items for both men and women. The vest also performs a secondary function monitoring your posture. A little boxy stickman will reproduce what you're doing in real life and tell you when you should sit up / stand up straight. The company will launch a crowdfunding campaign next month, and plans to fulfill preorders in Fall 2016. How much? Expect it to fall just short of $250 -- and a cheeky discount if you decide to back the project early. In this article: ces, ces2016, gear, hands-on, massage, medicine, pressurepoints, timeline16cesdayfour, timeline16techwear, tware, video, wearables
All products recommended by Engadget are selected by our editorial team, independent of our parent company. Some of our stories include affiliate links. If you buy something through one of these links, we may earn an affiliate commission.