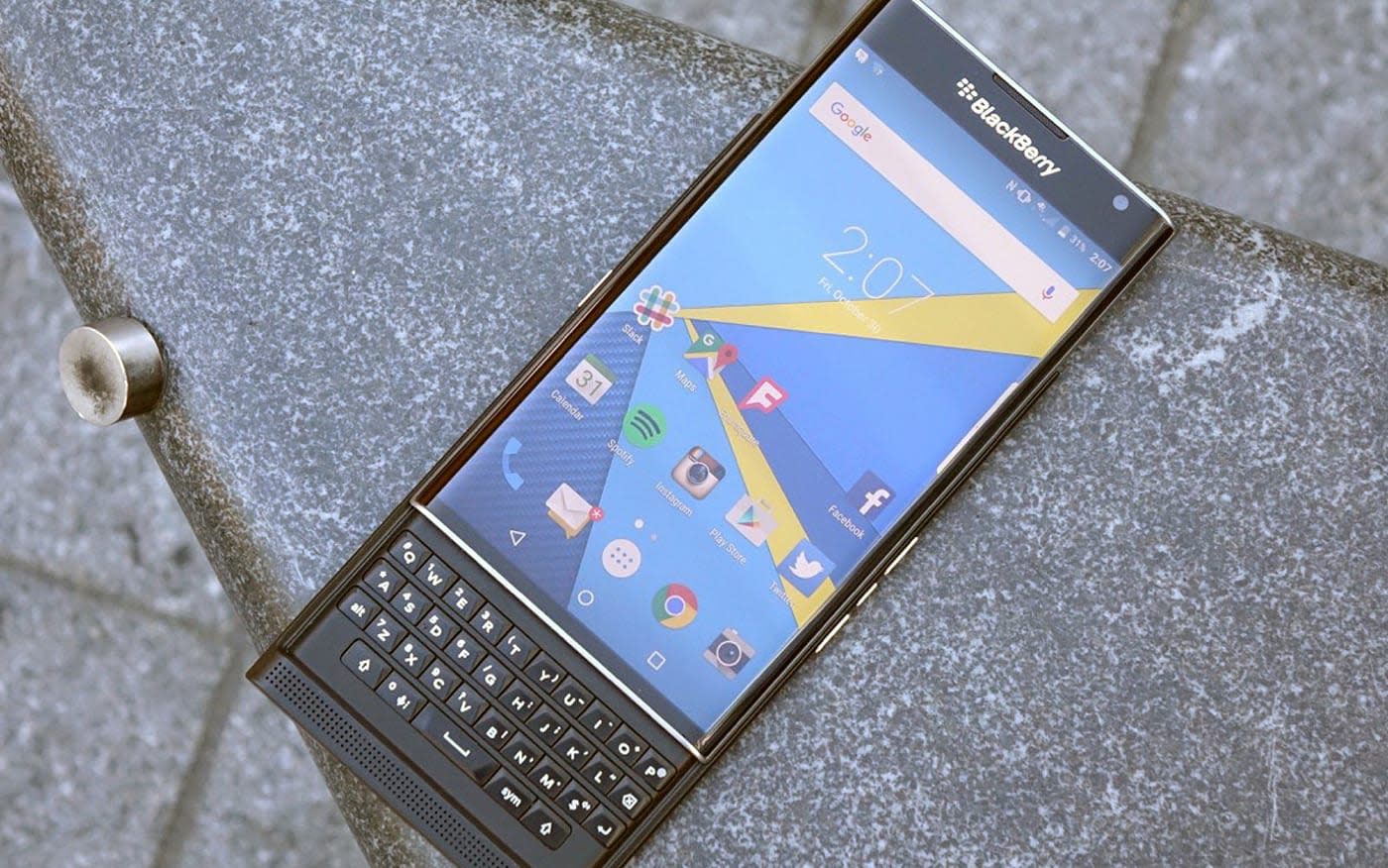 BlackBerry spent years fine-tuning BB10, but its homegrown mobile OS will have to take a backseat for now. During an interview at CES in Las Vegas, CEO John Chen has revealed that the company plans to release at least one new Android phone this year. A second one might follow, but it likely depends on how well the first one sells. Chen chose to keep all the details and release dates a secret, but computer renders of what could be the company's next Android device, code-named "Vienna," were leaked last year.

This doesn't necessarily mean we're saying goodbye to BB10 forever. Chen is apparently hoping that its first Android phone, the Priv, can bring the brand back into the limelight, make it viable again and enable the company to make another BlackBerry 10 phone. While Chen felt it was too early to talk about his BB10 dreams, he said he's "confident in [the company's] profitability this year." In fact, BlackBerry's already taking steps to sell more Privs: It will start offering the handset through Verizon, Sprint and T-Mobile sometime this year. It's currently available only as an unlocked device or with a contract through AT&T.

Update: A spokesperson confirmed to Engadget that the company's next device is an Android phone and that it hasn't given up on BB10.

BlackBerry remains committed to the BB10 operating system. In the near-term, we are focused on software updates for BB10, with version 10.3.3 scheduled for early 2016 and 10.3.4 later this year. Our next update, 10.3.3, will be certified for NIAP compliance – this means BB10 will have passed the strictest government-grade security certifications. This achievement will enable us to further support our government and regulated customers who use BB10 devices and demand the highest levels of security.

Our next device being developed is an Android-based phone. Further details about our future roadmap will be communicated at a later date.

In this article: android, blackberry, ces2016, gear, google, mobile
All products recommended by Engadget are selected by our editorial team, independent of our parent company. Some of our stories include affiliate links. If you buy something through one of these links, we may earn an affiliate commission.