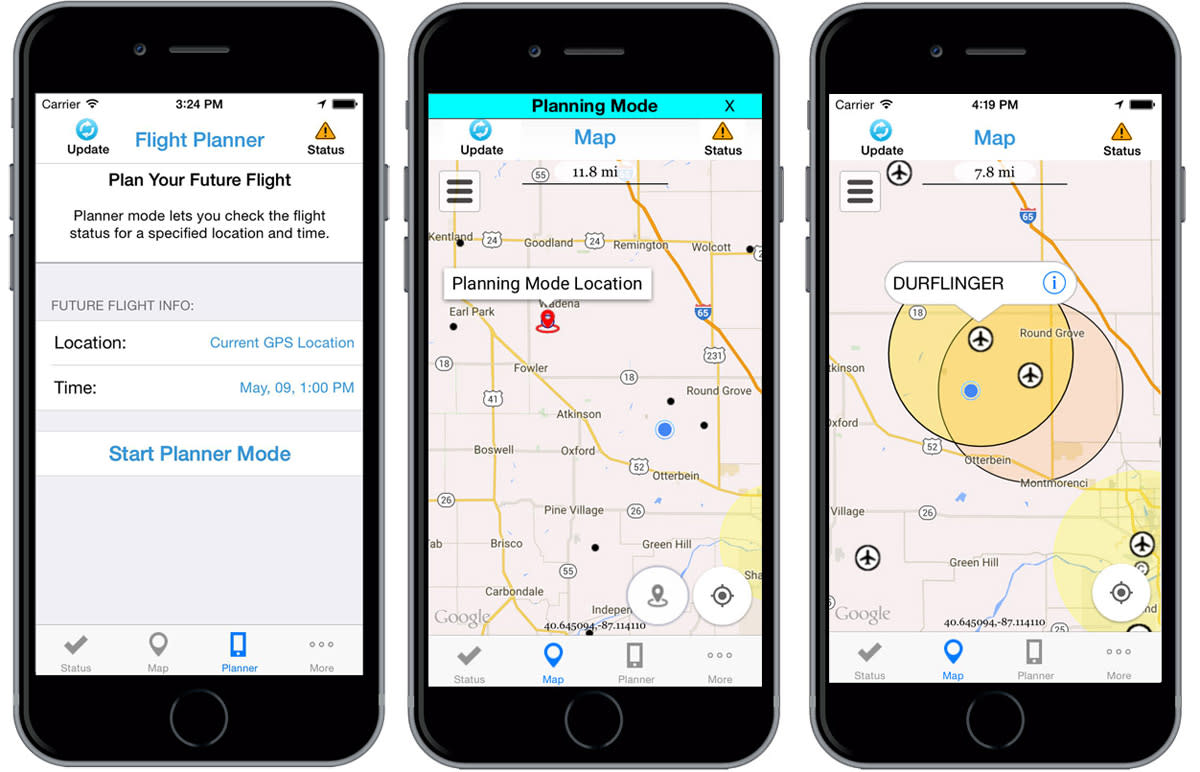 Flying drones is a lot more complicated than it used to be. These days, drone pilots need to register their toys with the FAA, be aware of drone-specific laws and even notify local airports of their flights in certain sceneries. It's a lot to keep track of, which is why the FAA has released B4UFLY, a smartphone app designed to keep drone users informed.

Despite the apps embarrassingly awkward name (an abbreviation of "before you fly"), B4UFLY actually sounds kind of useful. Users can plan out future flights and check against local rules. If you're in the Washington D.C. area, for instance, the app will warn you that drone use is prohibited. If you're near an airport, it will propagate restrictions and special rules.

It's a niche app for sure, but according to FAA numbers it has plenty of potential users -- as of this week, the Federal Aviation Administration says that 181,061 people have registered their drones with the federal government.

In this article: aircraft, airport, apps, b4ufly, ces, ces2016, drones, FAA, flying, gadgetry, gadgets, gear, restrictions
All products recommended by Engadget are selected by our editorial team, independent of our parent company. Some of our stories include affiliate links. If you buy something through one of these links, we may earn an affiliate commission.