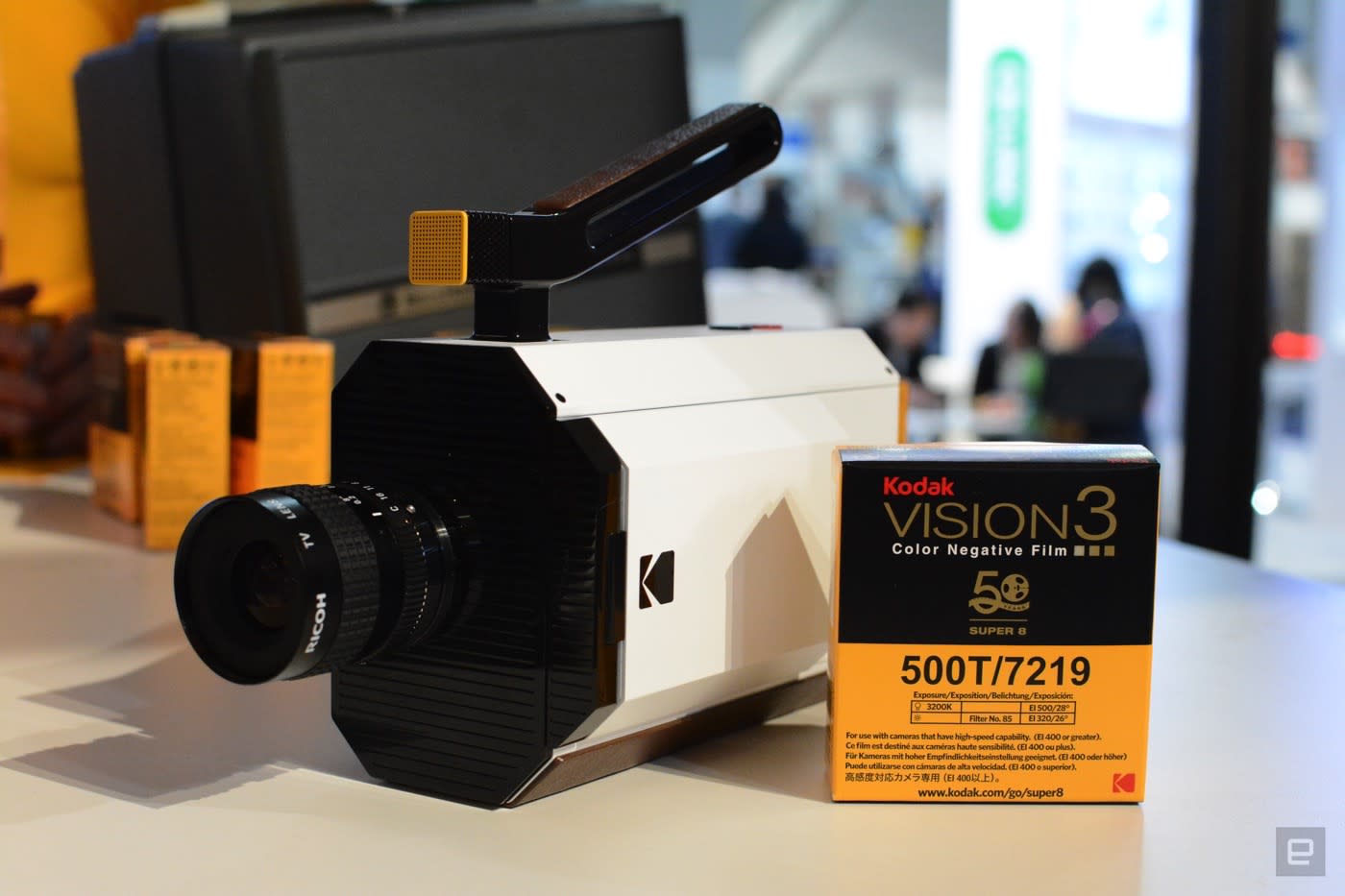 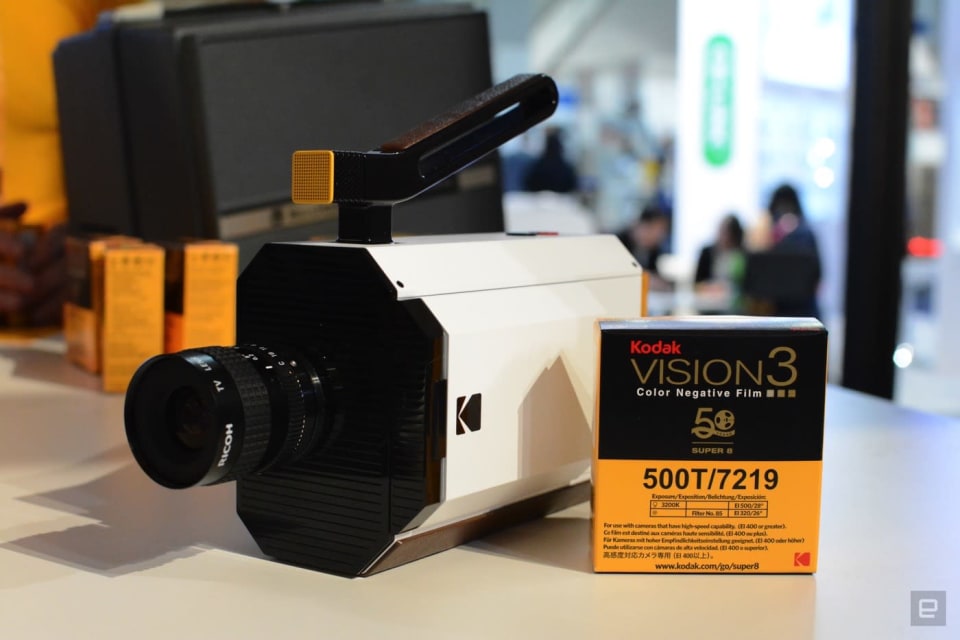 One of the nicer surprises at this year's CES was Kodak's Super 8 camera announcement. Perhaps more surprising is the fact that the company isn't leaving the film development up to aspiring film makers. In the $50-$75 development cost, you can expect to get a film reel and a digital copy. Pretty neat. Being the curious folks that we are here at Engadget, I stopped by Kodak's booth for a closer look at the Super 8 prototypes. Yes, what you're seeing here is indeed a prototype. However, the Super 8 camera will be made into a consumer product, and Kodak already announced that they'll ship in the second half of 2016. While the model I saw was mostly plastic, I understand that the company is working on high-end model with a metal frame as well. Kodak says the pricing will fall between $400 and $750, a gap that likely accounts for the multiple options.

In terms of aesthetics, Kodak teamed up with renowned industrial designer Yves Behar on the Super 8. The result is a camera that carries enough retro flare to get your inner nostalgia engine humming. There are a few updates to meet the needs of modern videographers, though, including a digital viewfinder and an SD card slot to capture audio at the same time the footage is recorded onto film. And yes, there's a built-in mic for lend a hand there as well.

In addition to the more traditional pistol grip, there's also a handle on the top that allows you to easily capture those shots from the ground. Modern connections, including USB and HDMI, are on board as well. Those weren't exactly around in the 80s.

Kodak hasn't made Super 8 gear since the early 80s, but with the likes of JJ Abrams and Christoper Nolan backing the effort, even the pros are clamoring for a comeback. We may have to wait a few months to test drive the new camera ourselves, but a lot of us here at Engadget HQ are itchin' to give it a go.

In this article: camera, cameras, ces2016, culture, entertainment, film, gear, hands-on, kodak, retro, super8, timeline16cesdayfour
All products recommended by Engadget are selected by our editorial team, independent of our parent company. Some of our stories include affiliate links. If you buy something through one of these links, we may earn an affiliate commission.