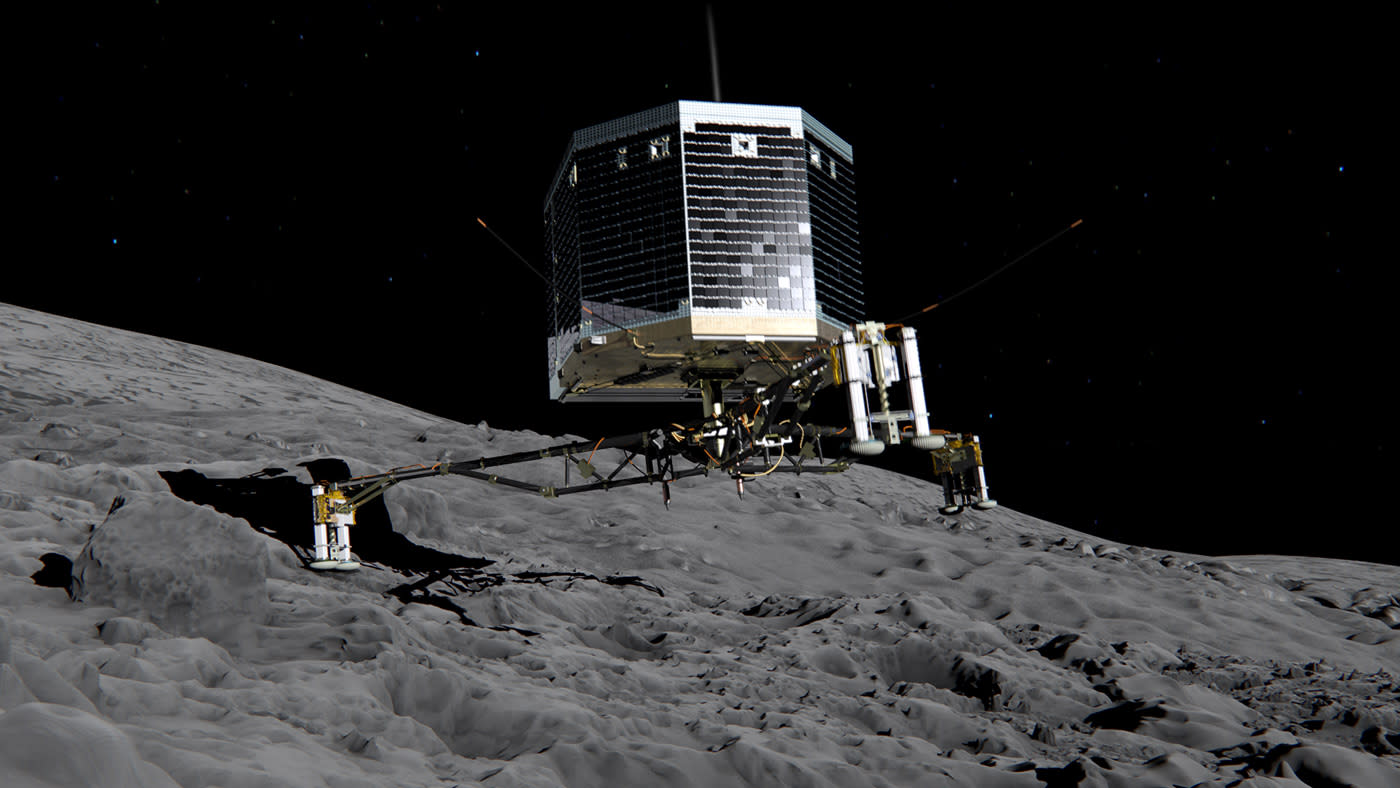 If you were hoping for a happy ending to the Philae comet lander's frequently perilous adventures, you might be disappointed. The German Aerospace Center reports that a last-ditch attempt at contacting the lander has so far gone without a response. Either it doesn't have enough power to follow through, or it didn't get the commands in the first place. There will still be "contact opportunities" until January 21st (when the Rosetta spacecraft flies to the comet's southern hemisphere), the Center says, but it's not expecting to hear back.

The mission team at least has a possible culprit: it believes that the receivers and transmitters have been damaged. Since Philae is hooked on to the comet in a dangerous position, it might have been covered in too much dust to work properly.

If nothing happens by the end of January, that's probably all she wrote for Philae. The comet will be far enough from the Sun by that point that it'll likely be too cold for Philae to operate at all. At best, researchers will get a close-up look at the vehicle when Rosetta winds down its mission in September. Don't weep too much for the apparent loss, however. Philae did send some important findings to Earth, including the comet's internal structure and temperature shifts. The operation wasn't a complete bust -- it just fell short of the (fairly lofty) expectations.

In this article: comet, esa, lander, philae, probe, rosetta, science, space, spacecraft
All products recommended by Engadget are selected by our editorial team, independent of our parent company. Some of our stories include affiliate links. If you buy something through one of these links, we may earn an affiliate commission.