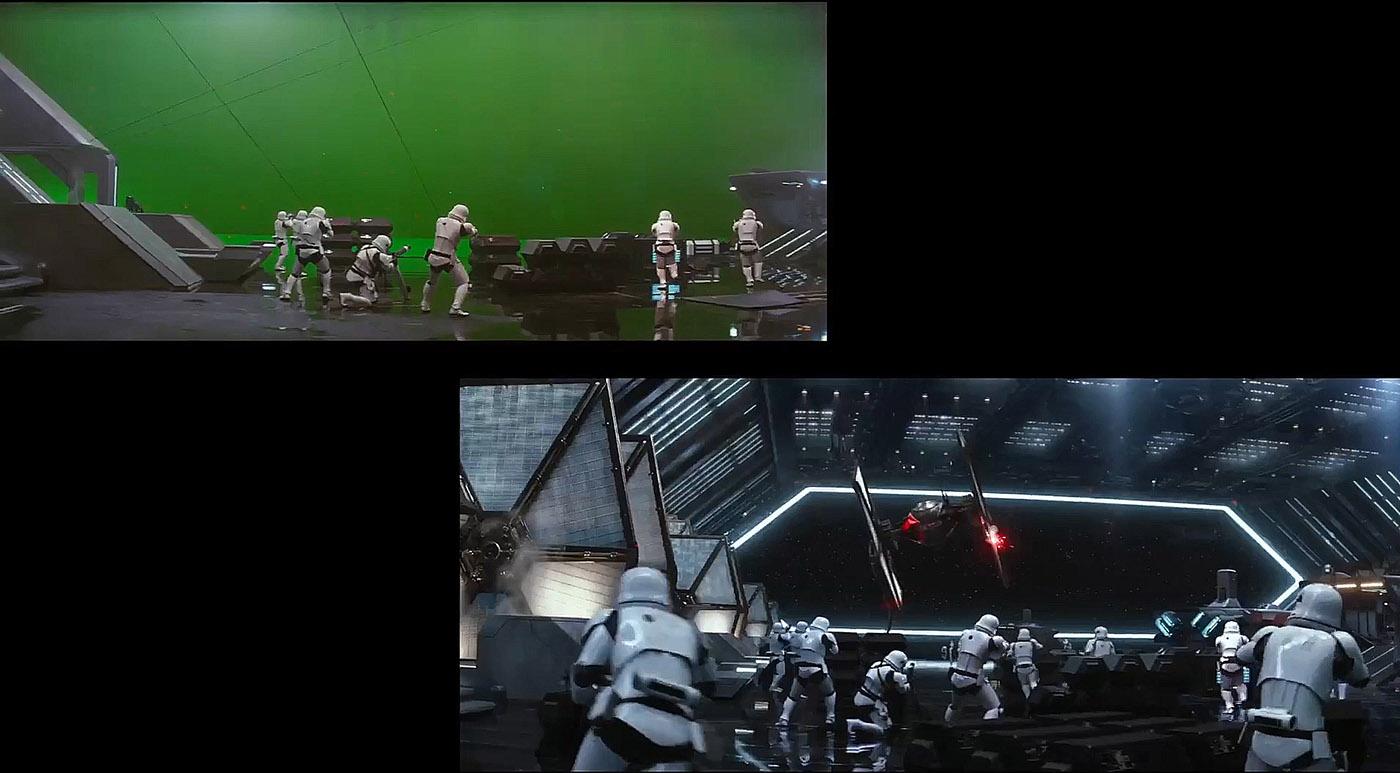 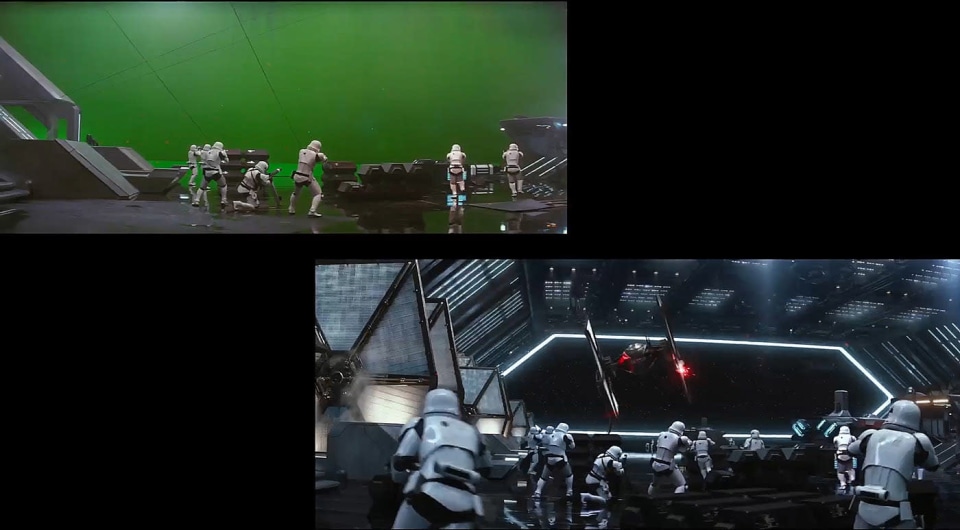 Alert: Spoilers ahoy. There was a lot of talk about practical effects in Star Wars: The Force Awakens, but make no mistake, digital dominates -- there are over 2,100 CG shots in the film out of 2,500 total. However, a new VFX show reel released just ahead of the Oscar nominations shows how cannily the producers married the real and the fake. JJ Abrams and the ILM effects team grokked that viewers clearly know when they're being fed CG, so the team uses practical sets, props, stunts and explosions wherever possible. Digital effects are then added to dress up the shots and add the necessary scale.

An example of that is a scene with Finn arriving at a crashed Tie fighter in the desert. When he first encounters the flaming ship, it's a practical set-piece with minor digital enhancements. When it disappears into the desert sand, the craft is replaced by a matching digital version, with Finn composited into the foreground via a green screen (but still on location in the desert). Since actor John Boyega can work with a physical prop, the scene feels real and gritty.

That said, there are a lot of all-digital shots in the film. The model ships used in the first trilogy have their charm, but the space battles in Force Awakens are mostly CG. Still, it's very good CG, with some of the strongest modeling, reflection, lighting and shader work I've ever seen. The VFX team, led by ILM supervisor Roger Guyett, also added generous smoke, vapor trails, motion blur, depth-of-field and camera shake to to make the shots less video game-like. Overall, it's a master class on how to keep a film emotionally grounded when it's swimming in VFX. Check out the reel in the video below, but again, there are so many spoilers that you may want to avoid it until you've seen the movie.

Update: For some reason, the video has been pulled. We'll try to figure out why and post a new one as soon as it's available.

In this article: av, CG, DigitalFX, entertainment, practical, Show Reel, StarWars, TheForceAwakens, VFX, video
All products recommended by Engadget are selected by our editorial team, independent of our parent company. Some of our stories include affiliate links. If you buy something through one of these links, we may earn an affiliate commission.