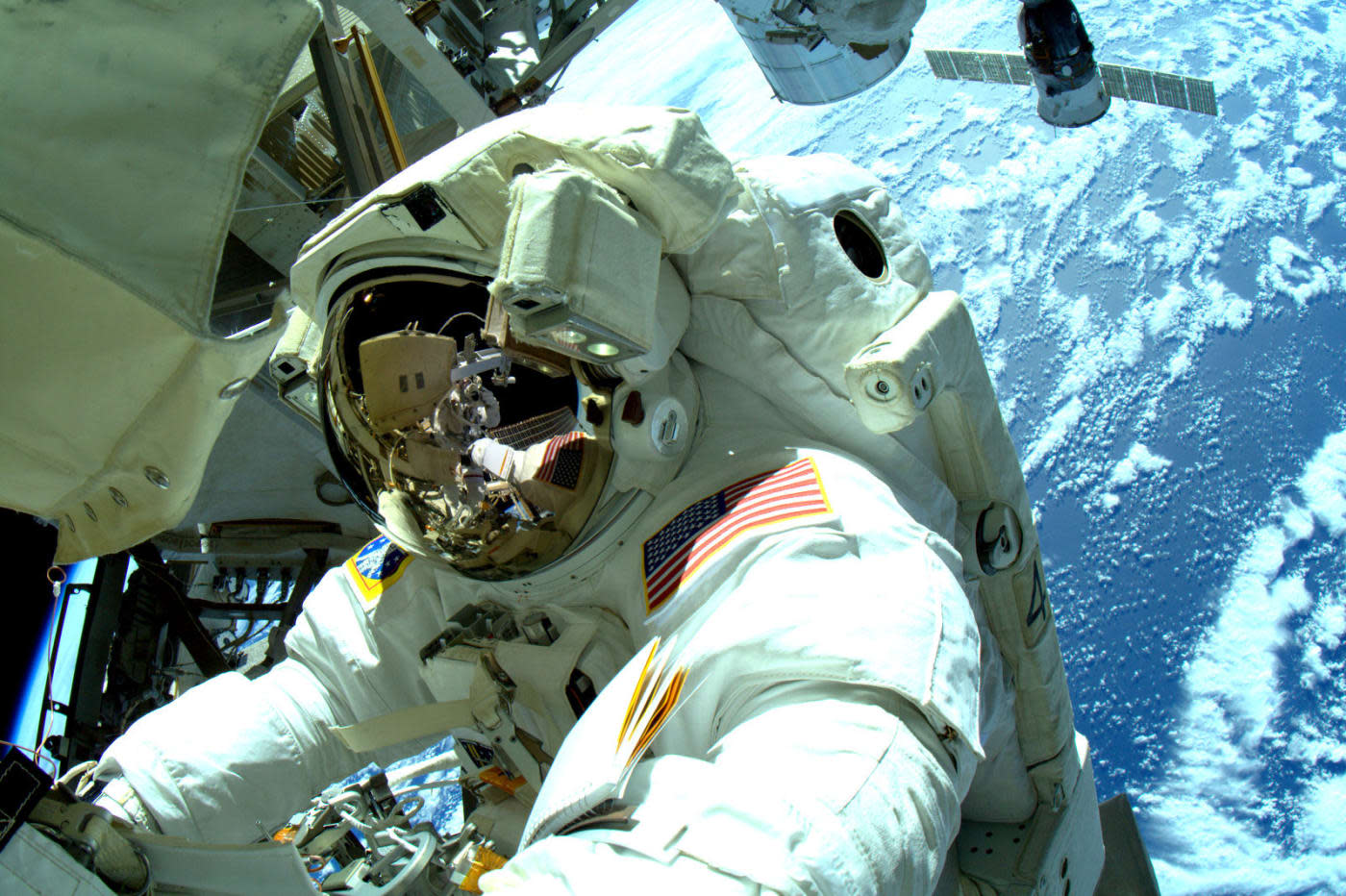 Mission control had to cut short an ISS spacewalk on Friday after US astronaut Tim Kopra noticed water building up in his helmet hours into the excursion. Both Kopra and British astronaut Tim Peake are back and safe inside the International Space Station.

We are bringing the crew back inside as a precaution. The crew is in good shape and making their way back to the airlock. #askNASA

NASA insists that neither man was in danger despite its terrifying similarity to a 2013 incident that saw European Space Agency astronaut Luca Parmitano nearly drown in his own fluids. The walk only lasted 4:45 hours rather than the scheduled 6:00, however Kopra and Peake managed to finish their repairs on a faulty power module prior to being recalled. Mission control has ordered water samples be taken in hopes that NASA can determine the source of the leak.

In this article: EuropeanSpaceAgency, InternationalSpaceStation, ISS, Luca Parmitano, MissionControl, NASA, science, space, spacewalk, TimpthyPeake, video
All products recommended by Engadget are selected by our editorial team, independent of our parent company. Some of our stories include affiliate links. If you buy something through one of these links, we may earn an affiliate commission.