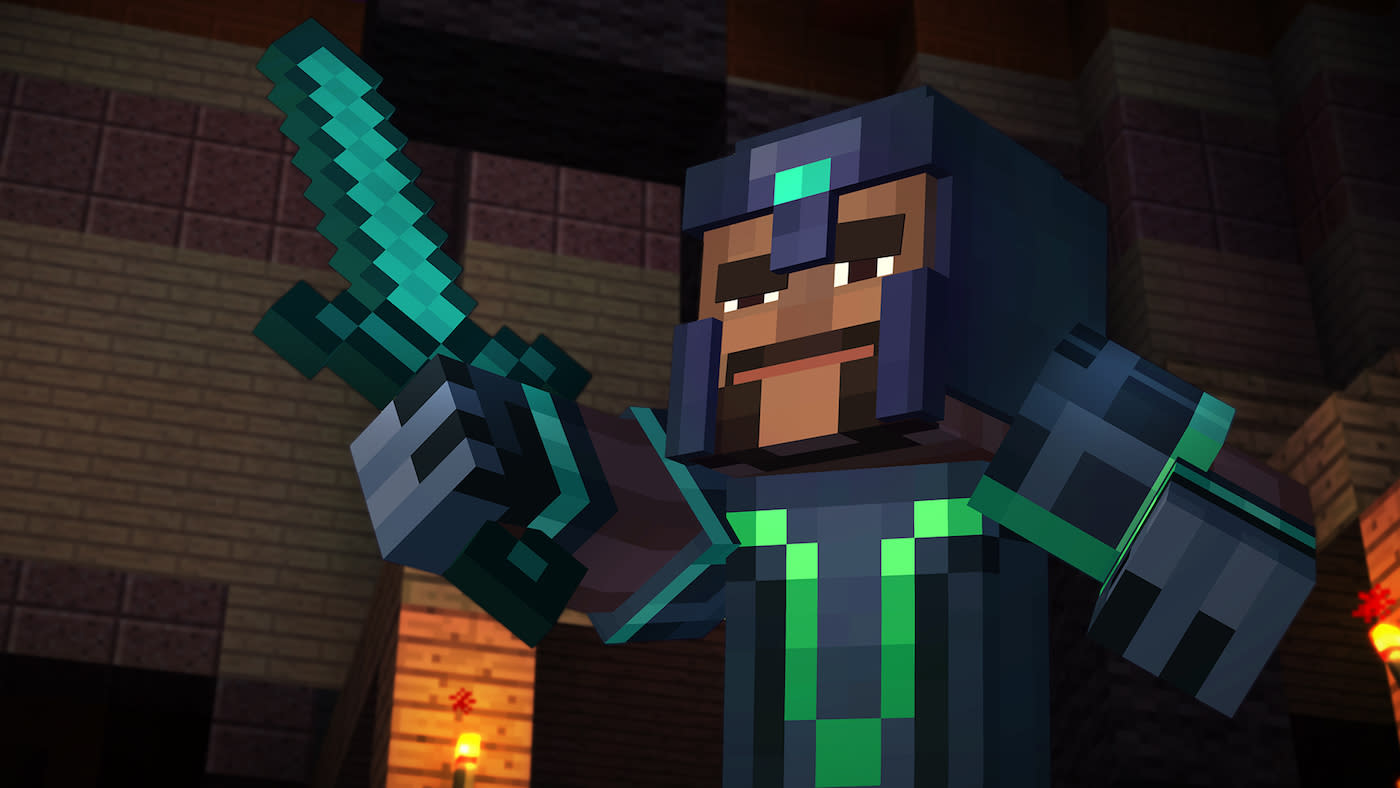 Those of you with a Wii U have been missing out on Minecraft: Story Mode, created by Mojang and Telltale Games, the indie developer behind The Walking Dead and Game of Thrones titles. But that's changing soon. Today, Telltale announced that Minecraft's narrative-based series is coming to Nintendo's console in just a few days, on January 21st.

Up until now, the game had been available on the Xbox 360, Xbox One, PlayStation 3, PlayStation 4 and PC, as well as iOS and Android, having rolled out a total of five different episodes for all platforms. The Wii U version will only feature Episode 1: The Order of the Stone at launch, but the rest are expected to be available at a later date.

Each episode is going to cost $5 to download from the eShop, or there's also the option to pay $20 for the Season Pass, which gives you access to Episode 2 through 5.

In this article: av, gaming, Minecraft, MinecraftStoryMode, Nintendo, NintendoWiiU, TellTale-Games, TelltaleGames, WiiU
All products recommended by Engadget are selected by our editorial team, independent of our parent company. Some of our stories include affiliate links. If you buy something through one of these links, we may earn an affiliate commission.