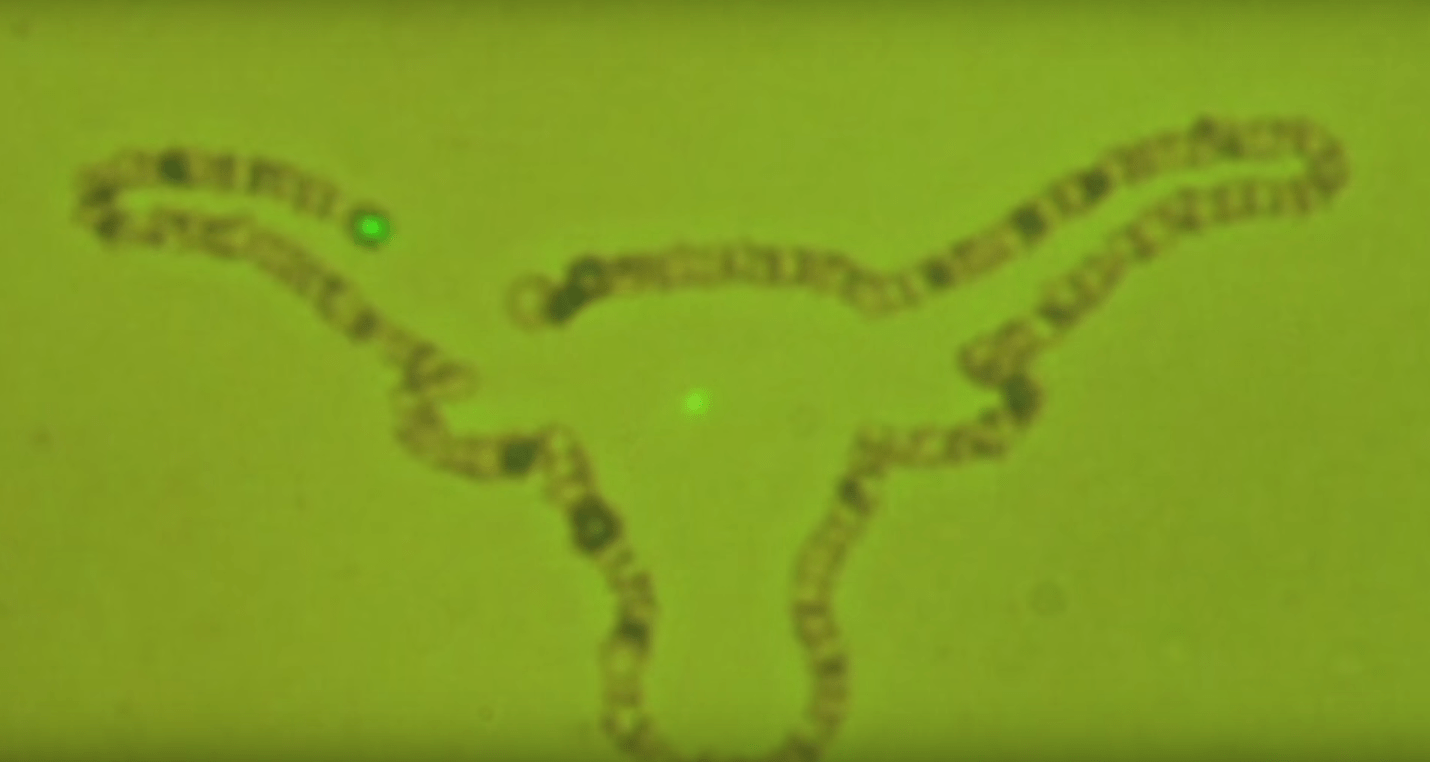 Nanoparticles are extremely small -- less than 100 nanometers in size -- but they can have a big impact on medicine, solar technology, batteries, computing and other industries. Nanoparticles are generally more reactive, stronger and more versatile than other molecules, though at just one-billionth of a meter in size, they're notoriously difficult to maneuver. But, that final barrier may disappear soon.

Engineers Yuebing Zheng, Deji Akinwande and Andrew Dunn at the University of Texas' Cockrell School created a technique that allows researchers to deftly pick up individual nanoparticles and move them to specific locations. The creators call it "bubble-pen lithography."

Scientists focus a laser underneath a sheet of gold nanoislands until it creates a microbubble out of vaporized water. The bubble absorbs a targeted nanoparticle and researchers can then move it around the surface as they wish. Once the laser is switched off, the bubble disappears and the nanoparticle remains.

This system may allow researchers to precisely control individual cells, bacteria, viruses and biological material for more rigorous, detailed study. It can also work with pre-programmed designs much like a 3D printer (that's how the engineers created the Longhorn symbol in the below video).

"The ability to control a single nanoparticle and fix it to a substrate without damaging it could open up great opportunities for the creation of new materials and devices," Zheng says in a press release. "The capability of arranging the particles will help to advance a class of new materials, known as metamaterials, with properties and functions that do not exist in current natural materials."

In this article: bubblepenlithography, design, gadgetry, gadgets, medicine, nanoparticle, nanoparticles, personal computing, personalcomputing, robots, science, UniversityOfTexas
All products recommended by Engadget are selected by our editorial team, independent of our parent company. Some of our stories include affiliate links. If you buy something through one of these links, we may earn an affiliate commission.