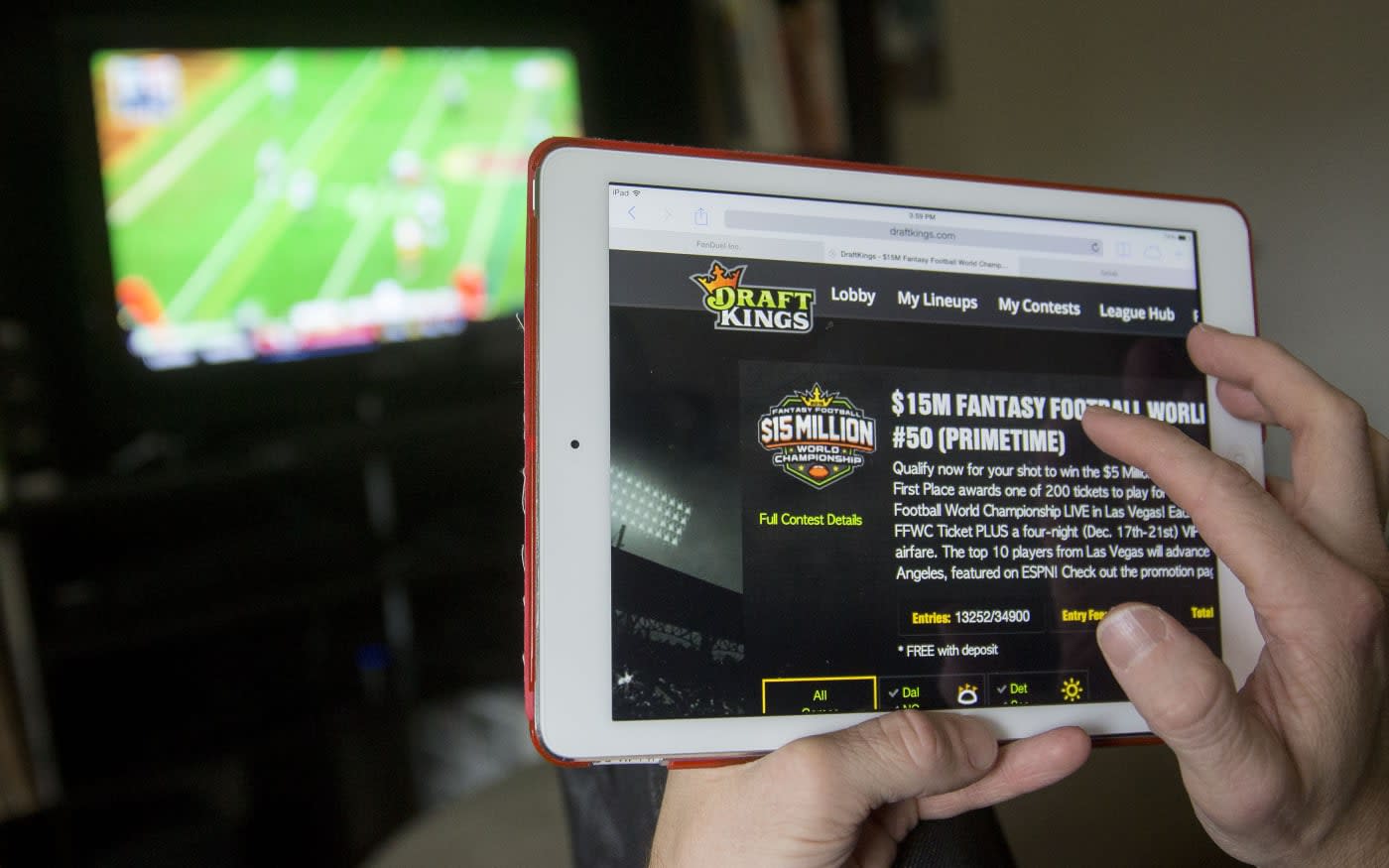 DraftKings, FanDuel and all other daily fantasy sports websites can't catch a break. In Washington, their fate depends on which bill state legislators decide to pass. Rep. Chris Hurst's House bill wants to reinforce the state's existing law and officially declare the services as illegal gambling. The Senate bill proposed by Sen. Doug Ericksen, on the other hand, wants to recognize them as games of skill and make them legal. Finally, Sen. Pam Roach wants to legally allow season-long fantasy leagues to operate. But each league will be limited to 50 people and the maximum fee they can collect per person who wants to play is $50. Any bill that becomes a law will take effect by July 1st.

Fantasy sports are also in trouble in the south. In Texas, Attorney General Ken Paxton has published his response to Rep. Myra Crownover's request for an official opinion on whether daily fantasy is legal under the state's laws. He said in a statement that in Texas, "if you bet on the performance of a participant in a sporting event and the house takes a cut," an activity can be classified as illegal gambling. The fees you pay to participate could be legally classified as bets, because daily fantasy's outcome partially depends on chance. He clarified that traditional fantasy sports leagues are legal, though, since players split money amongst themselves without giving the house a cut.

Since the Attorney General's opinion is just that at this point in time, DraftKings has assured its users in Texas that it will continue being active in the state:

We strongly disagree with the Attorney General's prediction about what the courts may or may not do if ever presented with the issue of whether daily fantasy sports are legal under Texas law. The Texas Legislature has expressly authorized games of skill, and daily fantasy sports are a game of skill. The Attorney General's prediction is predicated on a fundamental misunderstanding of DFS. We intend to continue to operate openly and transparently in Texas, so that the millions of Texans who are fantasy sports fans can continue to enjoy the contests they love.

In this article: draftkings, entertainment, fanduel, fantasysports, law, services
All products recommended by Engadget are selected by our editorial team, independent of our parent company. Some of our stories include affiliate links. If you buy something through one of these links, we may earn an affiliate commission.