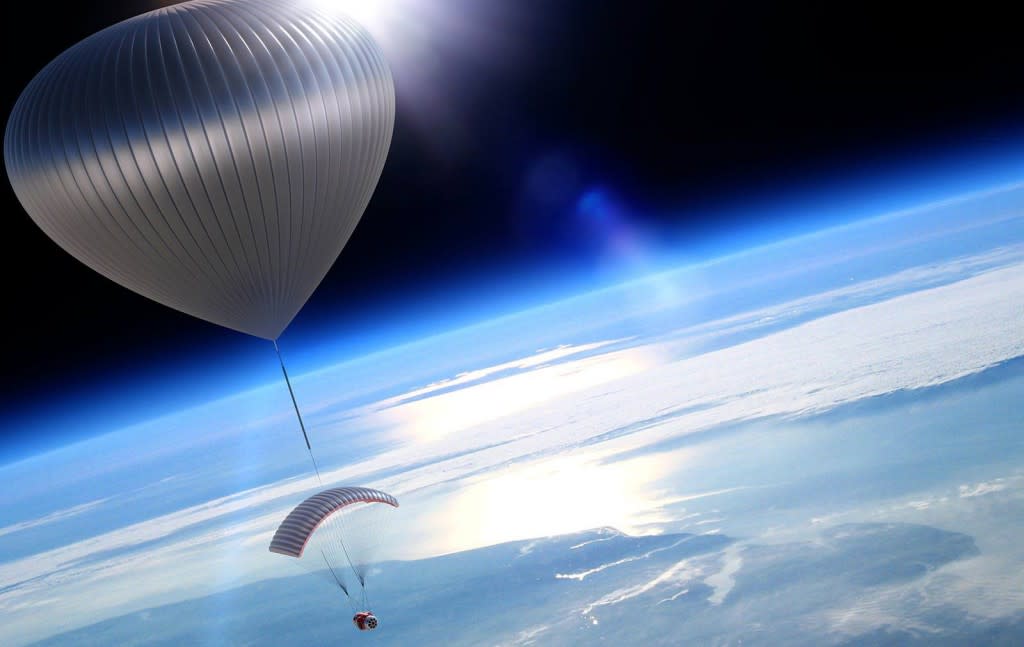 Arizona's Pima County residents could soon brag about having a cool space balloon port, according to TechCrunch. The county's local government has agreed to award World View $14.5 million to build its port in the area, ending the company's year-long search for a home. If you can't quite place where you've heard the name World View before, it made headlines sometime ago for its plans to offer relatively affordable trips to the edge of space.

If you recall, the company aims to launch a spacecraft that can carry six passengers and two pilots using enormous helium balloons the size of football stadiums. It already started selling seats worth $75,000 each, even though crewed tests don't begin until 2017. World View sent out a 10 percent scale unmanned flight last year to see if its technology can reach 100,000 feet, though, and it successfully reached its goal.

Now, it plans to use its Arizona headquarters to ramp up test flights until it's able to launch a full-scale manned one. If its technology's development goes as planned, then that shouldn't be a problem. As World View CTO Taber MacCallum noted, the state has great, sunny weather: the company can conduct tests regularly and as often as possible.

In this article: science, space, worldview
All products recommended by Engadget are selected by our editorial team, independent of our parent company. Some of our stories include affiliate links. If you buy something through one of these links, we may earn an affiliate commission.