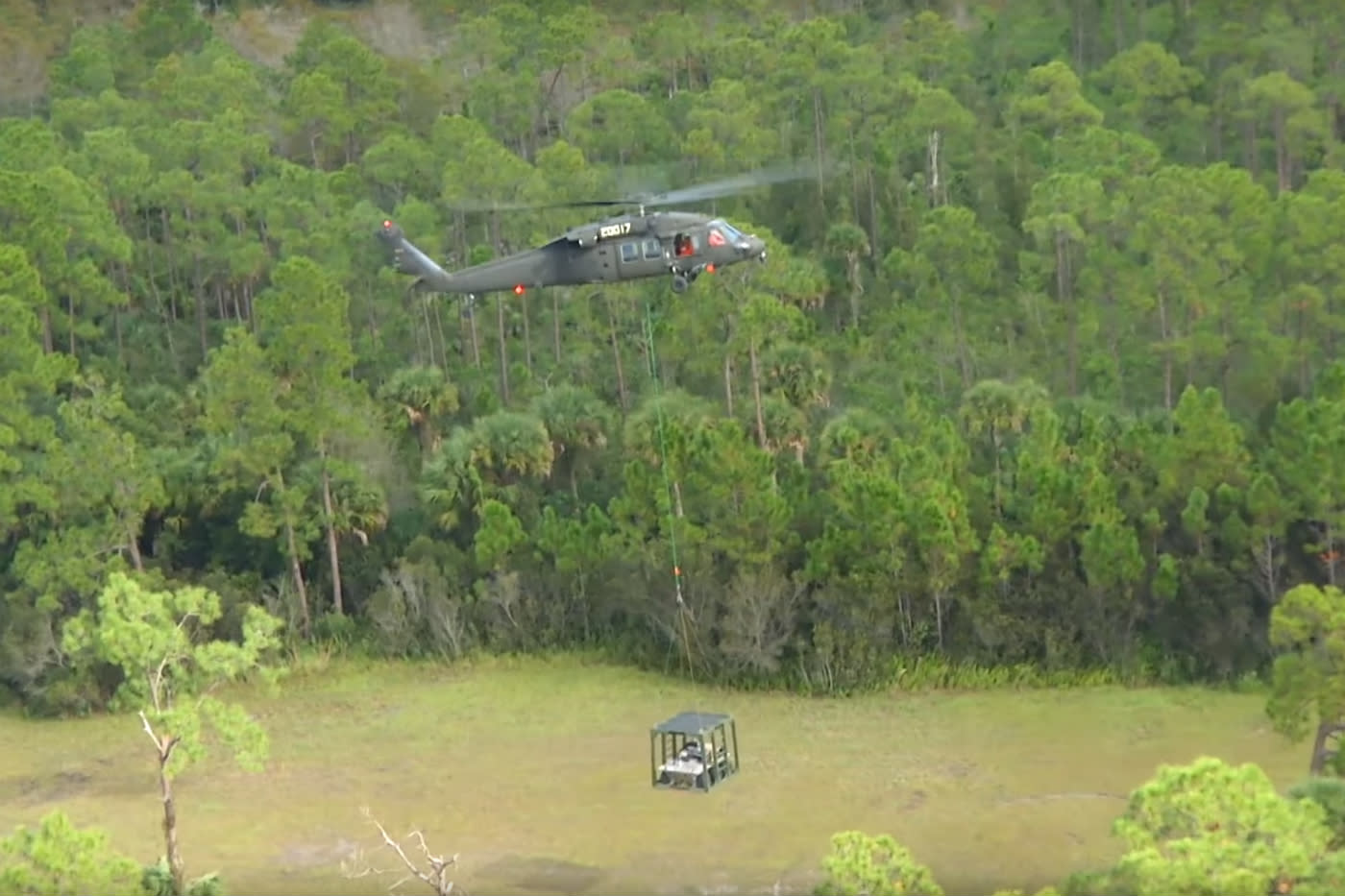 Why send humans into dangerous territory when you can send unmanned helicopters and six-wheelers instead? In an impressive mashup of autonomous transportation, Carnegie Mellon University (CMU) and aircraft manufacturer Sikorsky have shown the two vehicles working together without on-board operators. During the demonstration, a modified Black Hawk helicopter picks up a chunky Land Tamer with a large cage, before flying 12 miles and releasing it at a designated drop-zone. The ground vehicle then navigates the leafy terrain for six miles, with a remote driver occasionally chipping in to explore particularly hazardous sites.

The autonomous team-up could prove useful in areas where it's deemed unsafe to put troops or humanitarian workers on the ground. In a chemically contaminated area, for instance, the two vehicles could combine for long-range resupply or reconnaissance missions. "(It) has enormous potential to bring the future ground commander an adaptable, module, responsive and smart capability that can evolve as quickly as needed," Paul Rogers, director of the U.S. Army's TARDEC division said.

The Black Hawk helicopter was supplied by the military and then fitted with a "Matrix" autonomy kit developed by Sikorsky. The customized Land Tamer, meanwhile, was put together by the Carnegie Mellon University and uses a combination of radar and LIDAR -- a laser-based equivalent of radar -- to map and process its surroundings in real-time. At the moment it's all for research purposes, but it's not hard to see a day when different autonomous vehicles are able to team up in the field, sort of like (somewhat less sentient) Transformers and Mini-Cons.

In this article: army, CarnegieMellonUniversity, DriverlessCars, robotics, robots, science, SelfDrivingCar, sikorsky, uav, UnmannedAerialVehicle, usarmy
All products recommended by Engadget are selected by our editorial team, independent of our parent company. Some of our stories include affiliate links. If you buy something through one of these links, we may earn an affiliate commission.