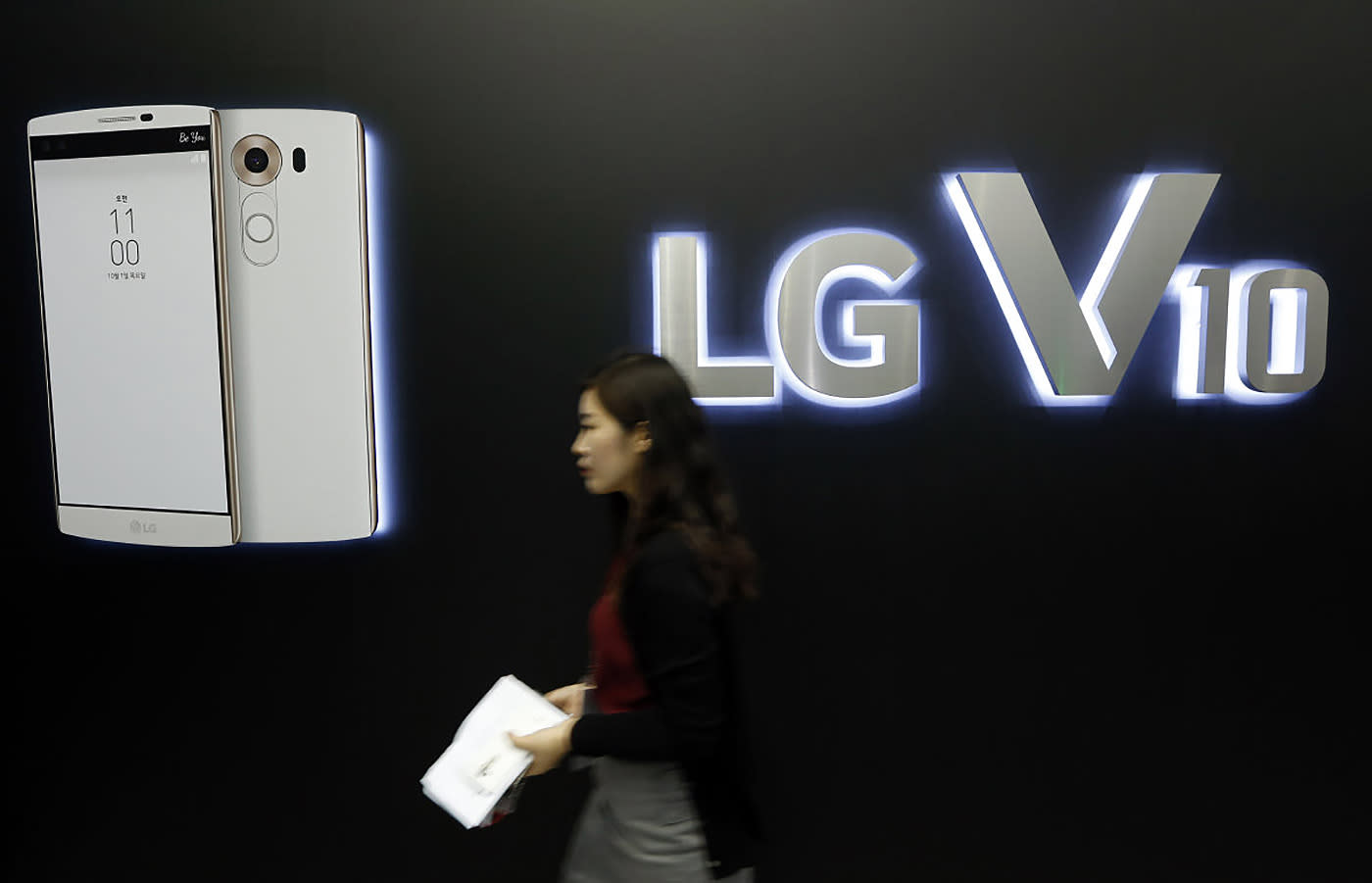 The weak smartphone market is reportedly affecting even Apple, but it's proving especially difficult for second tier players like LG, which has recently seen meager profits turn into losses. The Korean company's mobile division continued that trend by losing 43.8 billion KRW ($36 million) this quarter, contributing to to an operating profit of 349 billion KRW ($290 million), but a net earnings loss of 141 billion KRW ($117 million). That's a bit better than its last quarter, but is significantly down from the same time last year when mobile profits were positive and net earnings were a healthy $125 million.

Display sales are also way down, due again to a general malaise in smartphone, tablet and laptop markets. There's no cheery news down the road in that division either, as Apple has reportedly cut orders for iPhone screens, and display prices are way down in general.

However, that has actually helped LG's home entertainment division, especially for premium models like UltraHD LED and OLED TVs. Thanks to lower panel prices, the company made a healthy 109 billion KRW ($90 million), a big improvement over last year, despite a drop in sales. LG chalked that up to a "healthier mix" of products -- in other words, it's selling more of its pricier, profitable 4K and OLED TVs. Despite lower display profits, LG is planning to spend 460 billion KRW ($383 million) converting one of its LCD manufacturing plants into an OLED facility that makes large panels for its high-end TV division.

In this article: av, Displays, earnings, entertainment, financials, gear, lg, mobile
All products recommended by Engadget are selected by our editorial team, independent of our parent company. Some of our stories include affiliate links. If you buy something through one of these links, we may earn an affiliate commission.