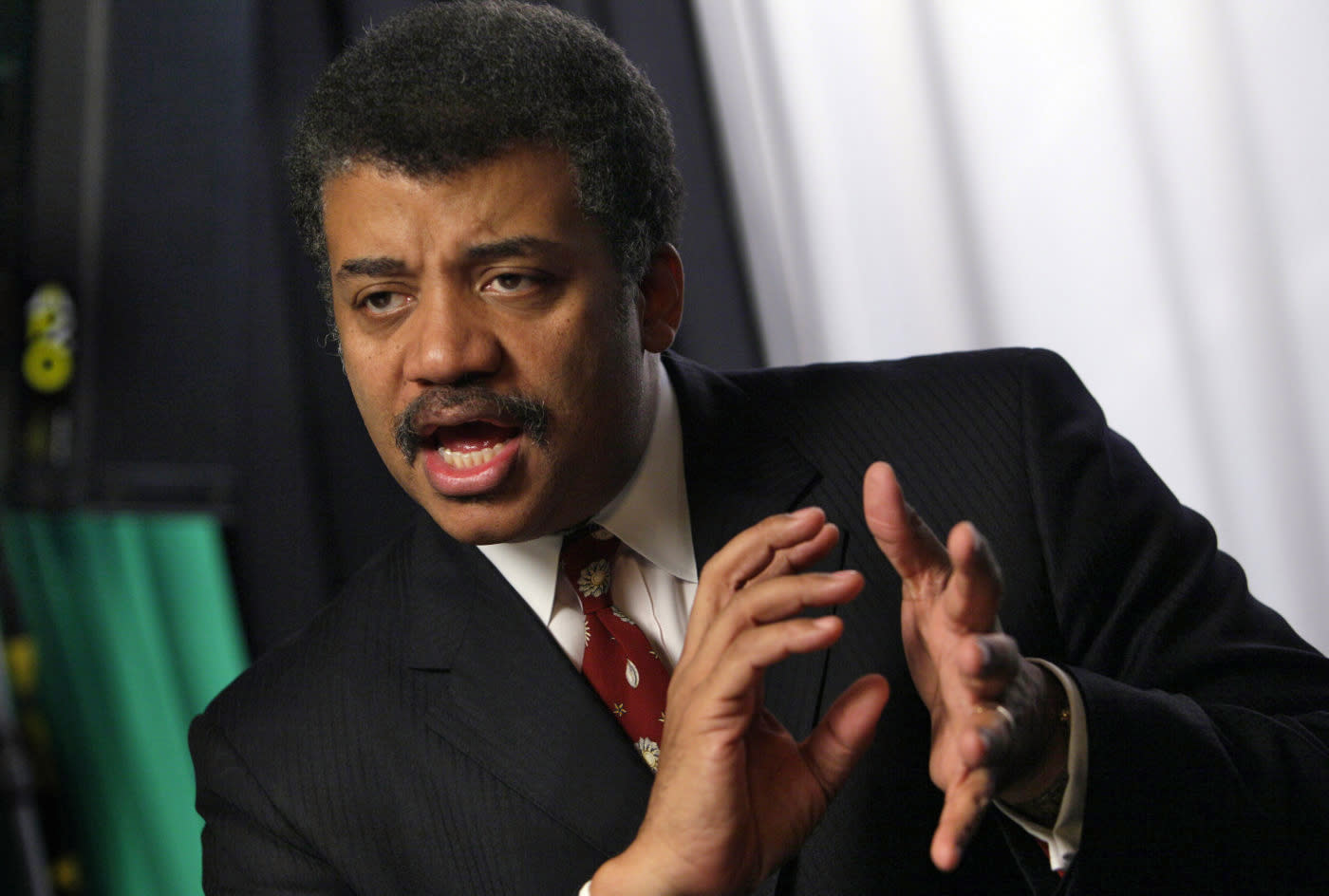 If you've ever gone deep enough down a Wikipedia or YouTube hole, you know something that many people don't: there are a number of people in the world who believe the Earth is flat. Recently rapper B.o.B. (Airplanes Pt. II, Nothin' on You) tweeted his theories in support of this -- and also that there is a massive cloning conspiracy going on. His tweets drew enough attention to garner a response from astrophysicist Neil deGrasse Tyson, leading to an inevitable pro-flat-earth diss track from B.o.B. Of course, that merited a response in kind, with Neil's nephew (rapping under the name Tyson) dropping 'Flat-to-Fact' this afternoon.

It's reusing the naming and beat from Drake's diss towards Meek Mill, although I don't think the quality of the bars is high enough to inspire any videogame spinoffs. You can listen to both tracks here, and while the battle was kind of over before it started (since the Earth isn't flat, which you can prove with a basic application of math and/or physics), it's no surprise that SoundCloud thinks its the real winner.

Dear @bobatl, as an astrophysicist I don't rap, but I know people who do. This one has my back: https://t.co/BbMi4tzHLz

A lot of people are turned off by the phrase "flat earth" ... but there's no way u can see all the evidence and not know... grow up

[Image credit: AP Photo/Richard Drew]
In this article: astrophysicist, B.o.B., culture, diss, Earth, flat-earth, internet, NeilDegrasseTyson, space
All products recommended by Engadget are selected by our editorial team, independent of our parent company. Some of our stories include affiliate links. If you buy something through one of these links, we may earn an affiliate commission.