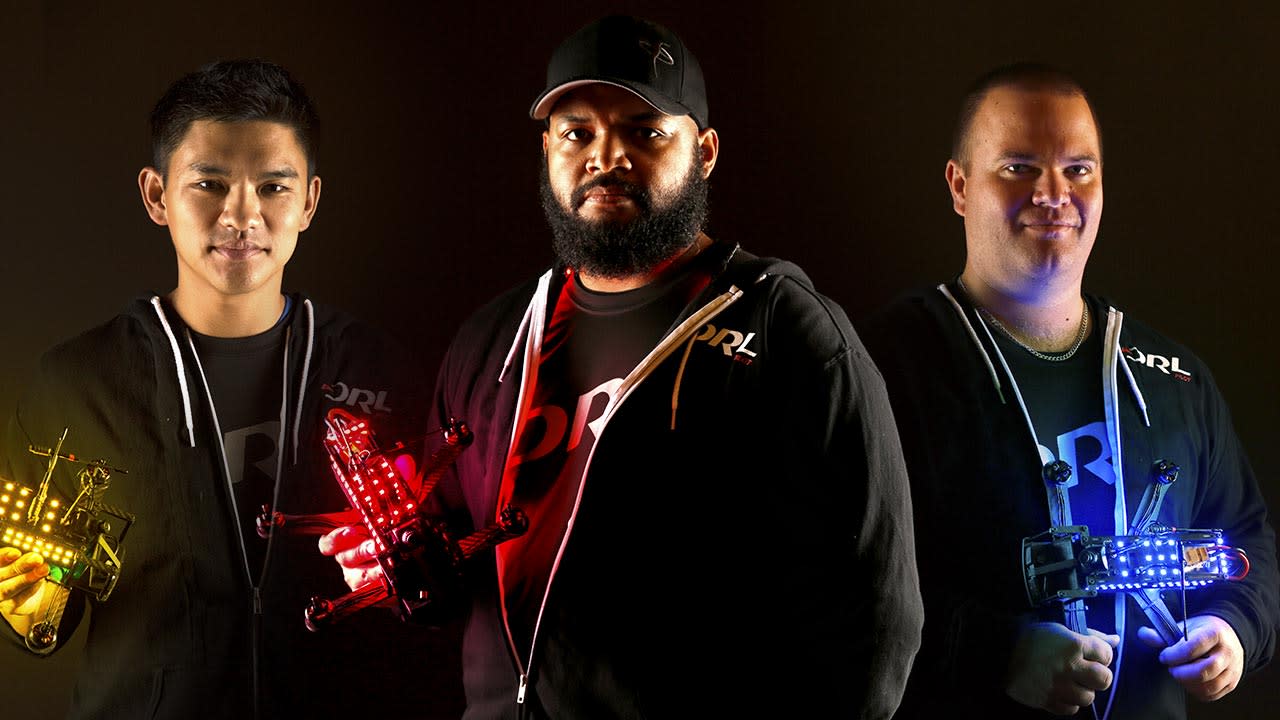 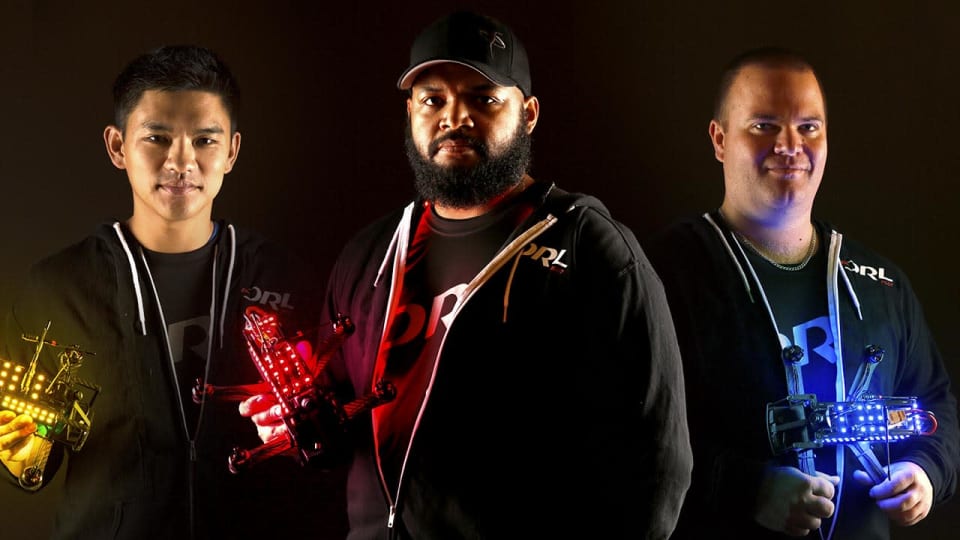 Is drone racing the sport of the future? That's certainly what the Drone Racing League, and a growing number of followers, sponsors and event holders seem to think. Taking a page from competitive gaming, quadcopter racing pilots are self organizing into leagues (there's also the Aerial Sports League, and Drone Worlds among others) and growing their competitions into a fully-fledged spectator sport. At least that's the hope.

It makes sense, too. After all, race anything and it's almost already a sport -- add in potential for crashes, and dizzying, breakneck aerial turns and you've got a potential crowd-pleasing recipe. The FPV component (where pilots wear video goggles to see the quadcopter's "first person view") only serves to make the race more interesting. Not least because spectators can choose between watching the race itself, or seeing what their favorite pilot is seeing, live as they fly, in their own goggles. The difference between what the pilots are seeing, and how the spectators see them (usually a few guys with goggles, sat quietly on a bench) adds an inexplicably compelling component to live proceedings.

While small quadcopters might not have the deafening engines, or intoxicating smell of gas that lure so many to motorsport, it does have a few tricks that might entice audiences. One being that races can take place almost anywhere. Not just in a stadium, but through it, down the halls, up the stairs, past the hotdog cart and back into the main arena -- in three dimensions. Also, there's a big mental difference between pushing a multi-million dollar car around a hairpin bend, and shooting an inexpensive racing quadcopter through a tiny window frame. That's to say, reckless moves and exciting crashes are plentiful.

The DRL claims it has six races coming up this year, with the first one taking place next month in Miami's Sun Life Stadium, and will pit pilots against each other as they jostle towards the final, and ultimately the crown of world champion. Meanwhile, Drone Worlds in October condenses its World Championships into one week of events. The pilots involved go by names that sound like '90s chatroom nicks: M0ke, Rekrek, Ummagawd and Kittycopter etc.. It's clearly a fledgling sport eager to establish identity.

Racing drones isn't new. Last year's Drone Nationals successfully brought many smaller charters together. As for the DRL, it was set up last year. While it's been around for a while, 2016 seems to be the year that drone kit has finally reached a stage that makes racing fast, smooth, and ultimately more presentable as a sport suitable to professional ambitions. Will there be stadiums full of baying fans like a football game, or the bigger eSports events? Possibly not, but that's not the point. A modern sport panders to a modern viewer. Streams from races can regularly be viewed online, or through a fan's own video goggles, for that real "in the cockpit" experience.

There will be some who are quick to call this the next Battlebots. Or slot car racing for the connected generation, but then the online critics have a history of not taking things seriously, until, of course, the money starts to flow. The sport's challenge is to follow gaming's lead, and secure itself some serious prize money. Drone Worlds is offering a $200,000 total kitty for its October Championships in Hawaii. If the DRL can reach similar numbers on a regular basis, no amount of nay-saying will matter. For now, all eyes are on that first race in Miami. Until then, settle for the season teaser above.

In this article: drl, drone, droneracingleague, drones, entertainment, gear, quadcopter, racing, robots
All products recommended by Engadget are selected by our editorial team, independent of our parent company. Some of our stories include affiliate links. If you buy something through one of these links, we may earn an affiliate commission.