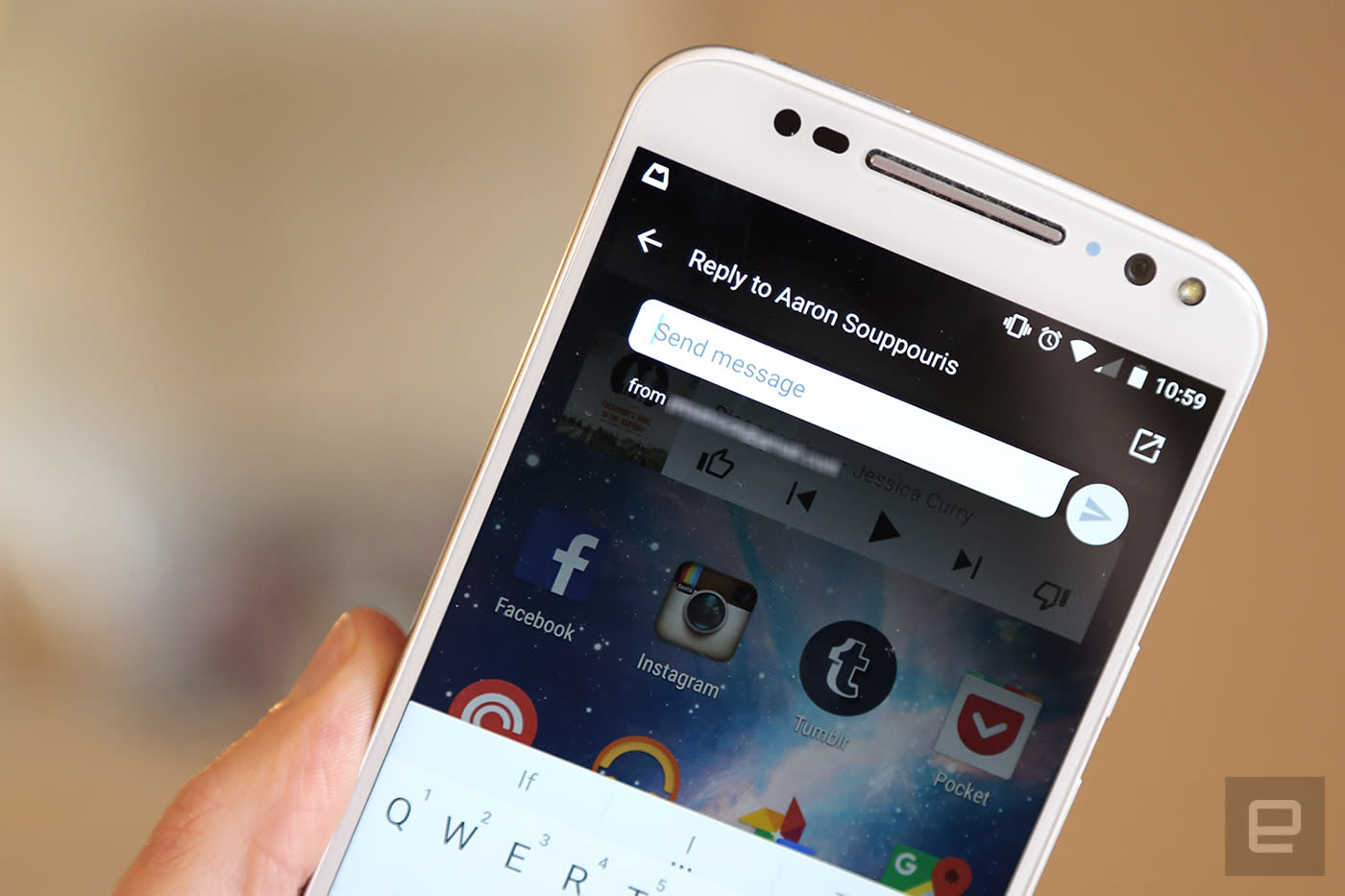 Google is updating its Hangouts chat app that adds some long-awaited functionality. The update is slowly rolling out now, but has already been thoroughly investigated by Android Police. The headline feature is quick reply. Clicking "reply" on a notification now brings up a simple text box so you can respond to messages without entering the Hangouts app itself. Also new is the ability to "save" important conversations to your home screen, which gives them their own icon.

There are a number of other, less interesting tweaks included in the update, such as some design changes to the settings menu and pop ups. Speaking of, there's one pop up in the update that suggests Google may be considering dropping some key functionality from the app in the future. Android Police reports that the new version now prompts you to "Check out Google's new SMS app," with a dialog box that also says "For sending simple, fast SMS text messages, try Messenger."

Google added text messaging support to Hangouts years ago, but it also has Messenger, an app dedicated solely to SMS and MMS. Both features are still fully functional in the new Hangouts build, so it's impossible to say what Google's plans are here, but it's unlikely that the company would try and push users over to Messenger without good reason.

In this article: gear, google, hangouts, internet, messenger, mobile, quickreply, services
All products recommended by Engadget are selected by our editorial team, independent of our parent company. Some of our stories include affiliate links. If you buy something through one of these links, we may earn an affiliate commission.