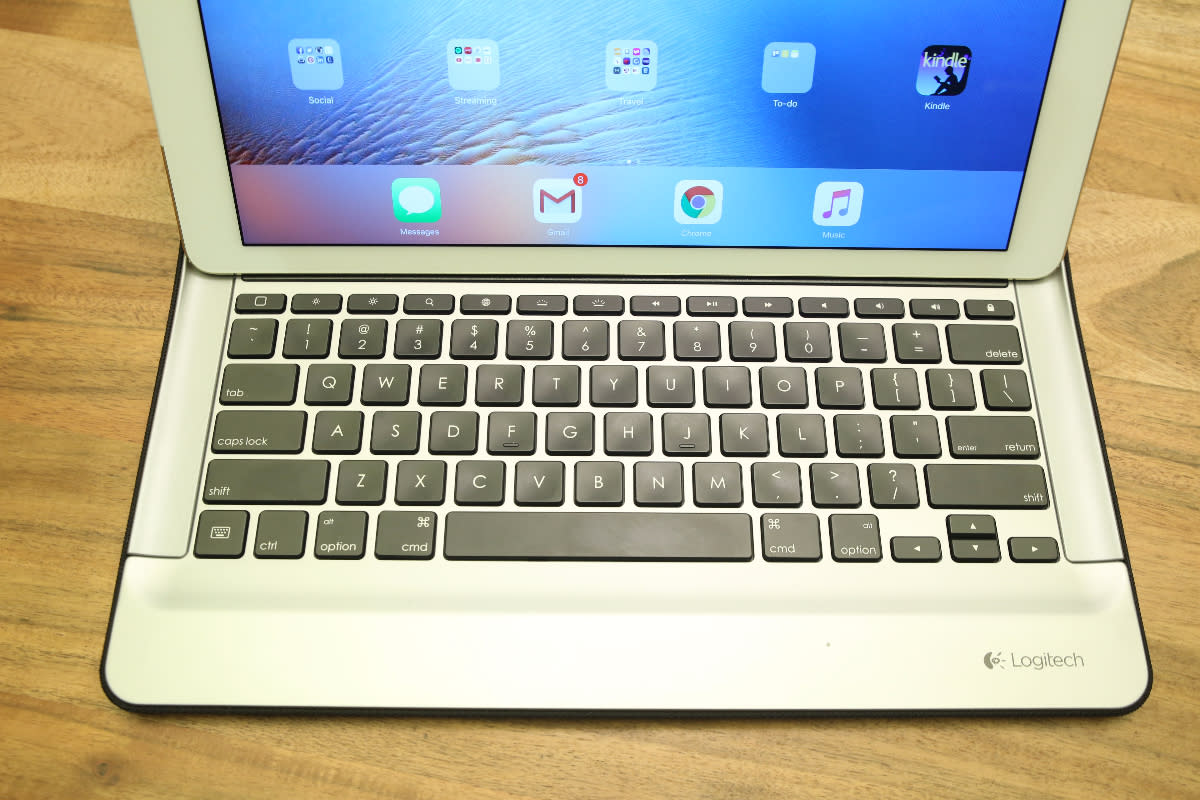 Well, here's an interesting development. Some iPad Pro users have noticed that, with the latest version of iOS 9, their monstrous tablet is able to push firmware updates to a connected accessory. Many customers were experiencing lag and other niggles with Logitech's Create Keyboard Case, but found they could fix the problem by updating their slate to the second beta of iOS 9.3. As German developer Stefan Wolfrum notes, when the keyboard is attached through the Smart Connector an intriguing "Accessory Update" option appears on-screen. Within less than a minute, the update is completed and the problems are seemingly resolved.

It's the first time we can recall an iOS device updating an accessory's firmware in this way. The mystery, at least for now, are the requirements for such an exchange. Is it dependent on the Smart Connector, the new version of iOS, or both? If it does require Apple's fancy new port, that means the useful feature is restricted to the iPad Pro for now. Given at least one new iPad is expected in March, however, it might not be long before we see the capability in another, smaller and cheaper iOS device.

In this article: apple, create, createkeyboard, gadgetry, gadgets, gear, ipad, ipadpro, logitech, smartconnector
All products recommended by Engadget are selected by our editorial team, independent of our parent company. Some of our stories include affiliate links. If you buy something through one of these links, we may earn an affiliate commission.