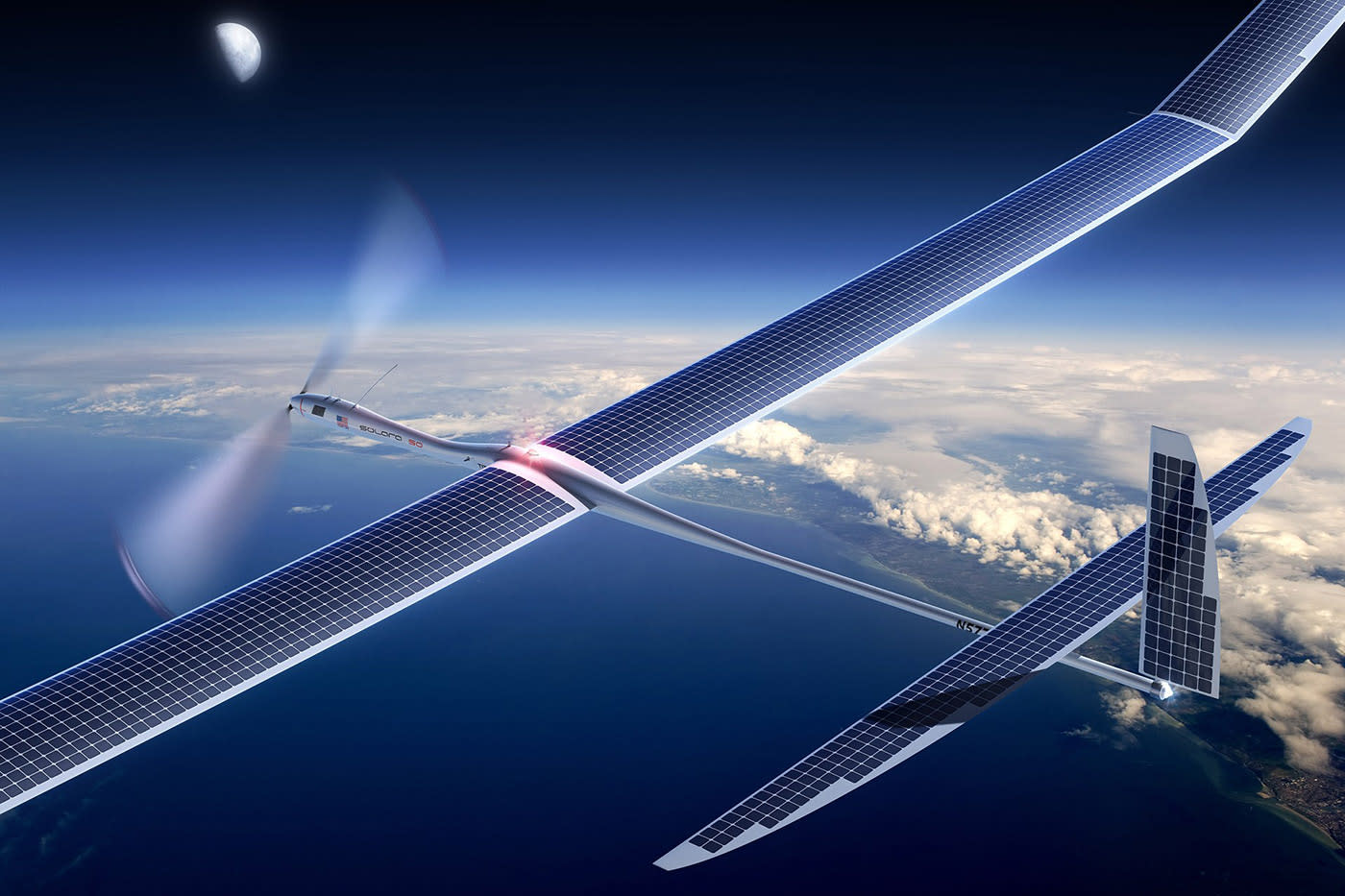 Google has a new top secret project by the same team that brought us Project Loon, according to The Guardian. It's called Project Skybender, and it aims to deliver 5G internet from solar drones. Mountain View has reportedly begun experimenting with millimeter wave-based internet in Virgin Galactic's Gateway to Space terminal at Spaceport America in New Mexico. Millimeter waves are believed to be capable of transmitting data 40 times faster than LTE and could become the technology behind 5G internet. DARPA began working on an internet connection based on it for remote military bases in 2012.

University of Washington professor Jacques Rudell told The Guardian that "[t]he huge advantage of millimetre wave is access to new spectrum because the existing cellphone spectrum is overcrowded. It's packed and there's nowhere else to go." The problem with millimeter wave transmissions, though, is that they fade after a short distance and can't compare to a mobile phone signal's range. That's likely one of the issue's Google is trying to solve if it aims to beam internet from the sky.

Project Skybender is currently using an "optionally piloted aircraft (OPA)" called Centaur and a solar-powered drone called Solara 50 made by Titan Aerospace, which the Big G snapped up in 2014, for its tests. Google has permission from the FCC to continue testing the drone-internet system in New Mexico until July. We'll most likely hear more details as its development progresses, the same way that Google regularly announces the latest details about Project Loon.

In this article: google, internet, projectskybender, science
All products recommended by Engadget are selected by our editorial team, independent of our parent company. Some of our stories include affiliate links. If you buy something through one of these links, we may earn an affiliate commission.