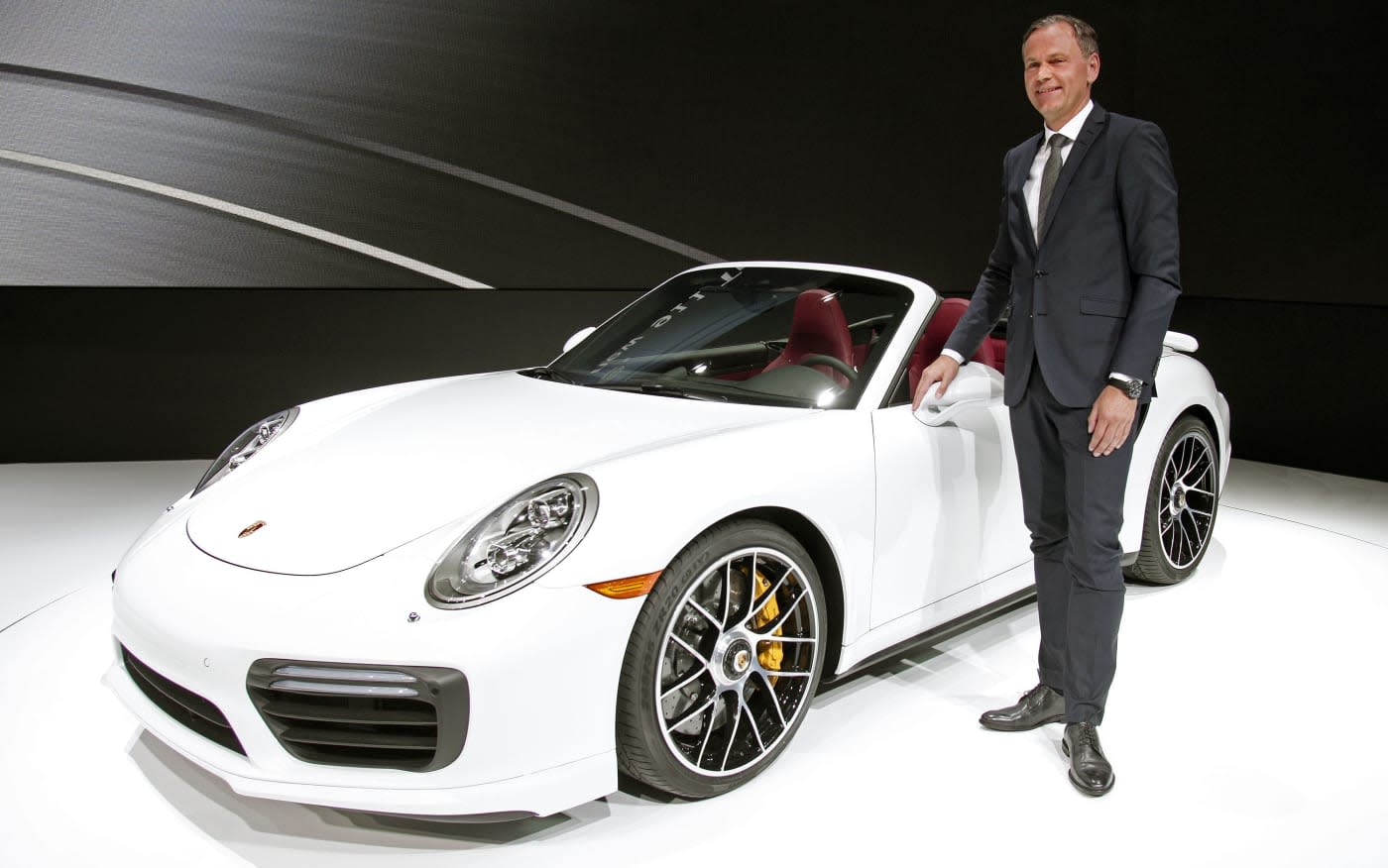 Porsche might be embracing electric cars and hybrids, but it's not about to welcome autonomous driving tech with open arms. Company chief Oliver Blume has utterly rejected the prospect of a self-driving Porsche, arguing that its owners are the sort who want to drive themselves. The executive doesn't pull any punches, either -- he says it's about enticing as using a "Rolex for boiling eggs," and adds that an iPhone (or rather, its technology) belongs "in your pocket, not on the street." Tell us how you really feel, Oliver.

This isn't to say that Blume is down on what others are doing. He's "impressed" by the technology from companies like Apple and Google, and thinks Porsche has something to learn from what others are doing. With that said, he's not exactly quaking in his boots at the prospect of an Apple car. Cupertino couldn't build a Porsche of its own, he says, and it also wouldn't want to.

Whether or not Porsche sticks to its guns is another matter. Remember, this is the same automaker that started making SUVs (the Cayenne), crossovers (the Macan) and sedans (the Panamera) when sports car sales alone weren't cutting it -- it's no stranger to bending to market pressure. And Oliver, real talk: just because Porsche owners like to drive doesn't mean they want to drive all the time. It's fun to blast your 911 down a winding country road, but it's not so exciting to crawl along in downtown traffic. Even if you're down on the prospect of completely driverless cars, we suspect that some Porsche owners wouldn't mind relinquishing control at those moments when driving is more of a pain than a pleasure.

In this article: autonomous, car, driverless, gear, oliverblume, porsche, self-driving, self-drivingcar, sportscar, supercar, transportation
All products recommended by Engadget are selected by our editorial team, independent of our parent company. Some of our stories include affiliate links. If you buy something through one of these links, we may earn an affiliate commission.