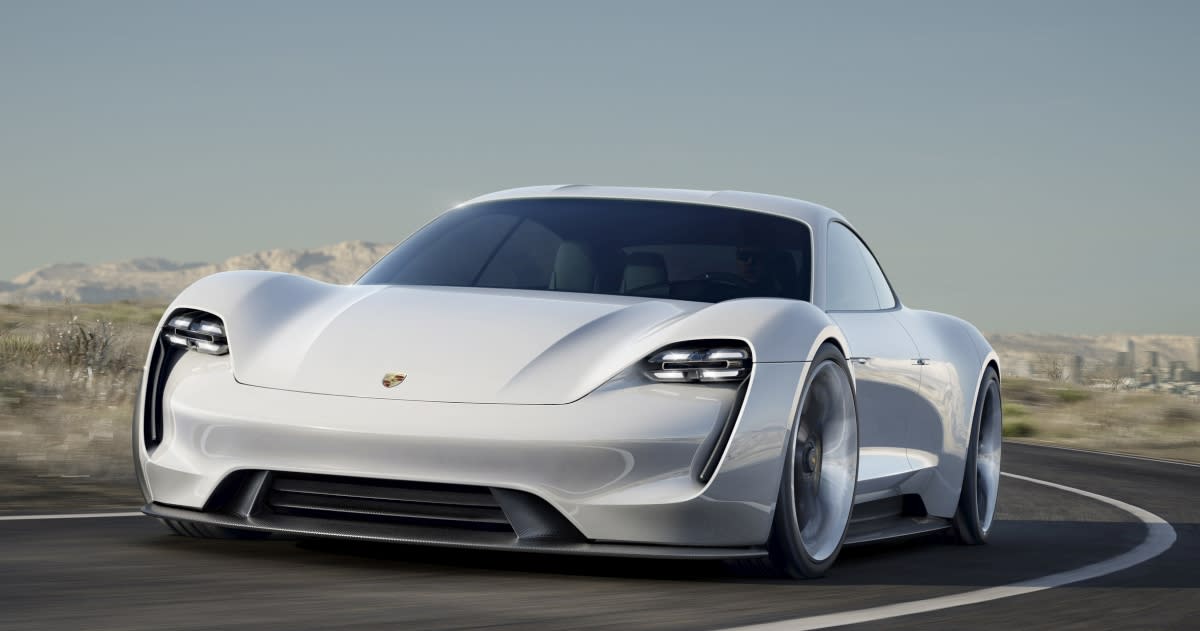 You might have to wait a few years to get behind the wheel of one, but the first all-electric Porsche is happening. The automaker announced that its Mission E, a concept first revealed at the Frankfurt Motor Show in September, will go into production. Porsche says that it'll invest 700 million euros (around $762 million) at its main site in Stuttgart-Zuffenhausen to help with the project. Among the renovations are a new paint shop and assembly facility alongside an expansion of the engine shop to build the electric motors and a larger body shop. In total, the company expects Mission E production to create 1,000 new jobs.

The Mission E sports some iconic Porsche styling in a four-seater that touts a range of over 500 km (310 miles). What's more, the vehicle's floor-mounted batteries can reach an 80 percent charge in 15 minutes. Porsche says that's twice as fast as current systems permit, driven by a 800-volt charger designed specifically for the car's 90 kWh battery pack. The Mission E can also be recharged "wirelessly" with an induction coil installed in the owner's garage floor.

In terms of power, the Mission E can hit 0 to 62 MPH in under 3.5 seconds and 124 MPH in less than 12 seconds. For comparison, Tesla's Model S P85D, which will be Porsche's chief competition, has a 253-mile range and can get to 60 MPH is 2.8 seconds in Ludicrous mode. Of course, Tesla has a sizable head start with its Model S already on the road and the German automaker's launch still a few years out. Porsche says the Mission E is a commitment to the future, and the future seems to include powerful all-electric sports cars.

"With Mission E, we are making a clear statement about the future of the brand," said chairman Dr. Wolfgang Porsche. "Even in a greatly changing motoring world, Porsche will maintain its front-row position with this fascinating sports car."

In this article: car, cars, electric, electriccar, fancy, gear, missione, porsche, timeline16ecocarrange, transportation
All products recommended by Engadget are selected by our editorial team, independent of our parent company. Some of our stories include affiliate links. If you buy something through one of these links, we may earn an affiliate commission.