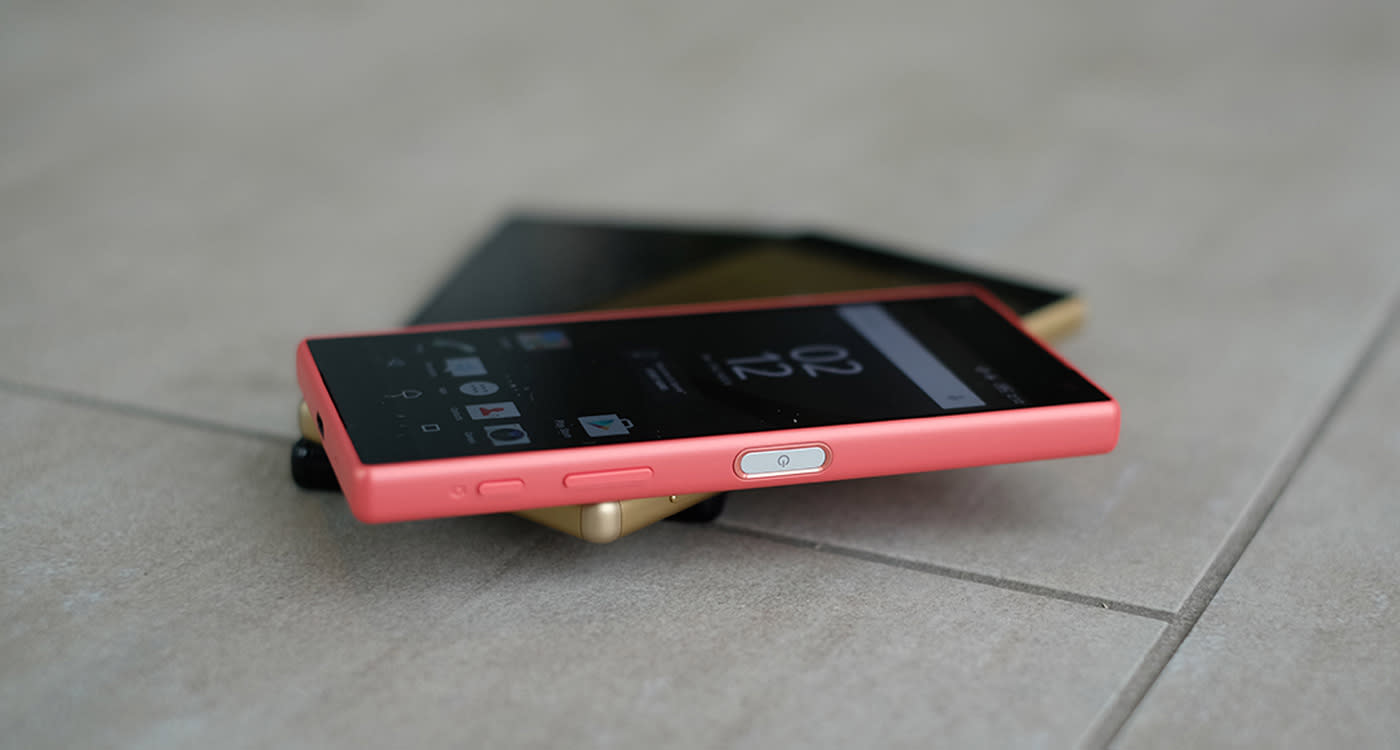 As promised, Sony has brought its latest and greatest smartphones to the US. Both the Xperia Z5 and Xperia Z5 Compact are now on sale in unlocked form through Amazon, Best Buy, B&H and other shops at respective prices of $599 and $499. Both pack a fair punch for the price between their Snapdragon 810 processors, 32GB of storage and 23-megapixel rear cameras. The big differences are the displays (5.2 inches on the Z5 versus 4.6 on the Compact) and RAM (3GB versus 2GB). They should work nicely on AT&T, T-Mobile and other American networks that share their frequencies. However, you shouldn't expect exactly the same phone that you'd get elsewhere -- there's a catch.

Unlike the versions for other countries, neither of the US-oriented models has a fingerprint sensor tucked under the power button. That won't matter too much using Android 5.1, which you get out of the box, but it could matter more when either Z5 variant receives Android 6.0 and its native support for finger-based authentication. They're still solid phones, and the Z5 Compact is one of the few small-but-powerful Android phones you can find -- just know that you'll still be entering PIN codes or patterns for a while.

In this article: android, gear, mobile, smartphone, sony, unlocked, xperia, xperiaz5, xperiaz5compact
All products recommended by Engadget are selected by our editorial team, independent of our parent company. Some of our stories include affiliate links. If you buy something through one of these links, we may earn an affiliate commission.