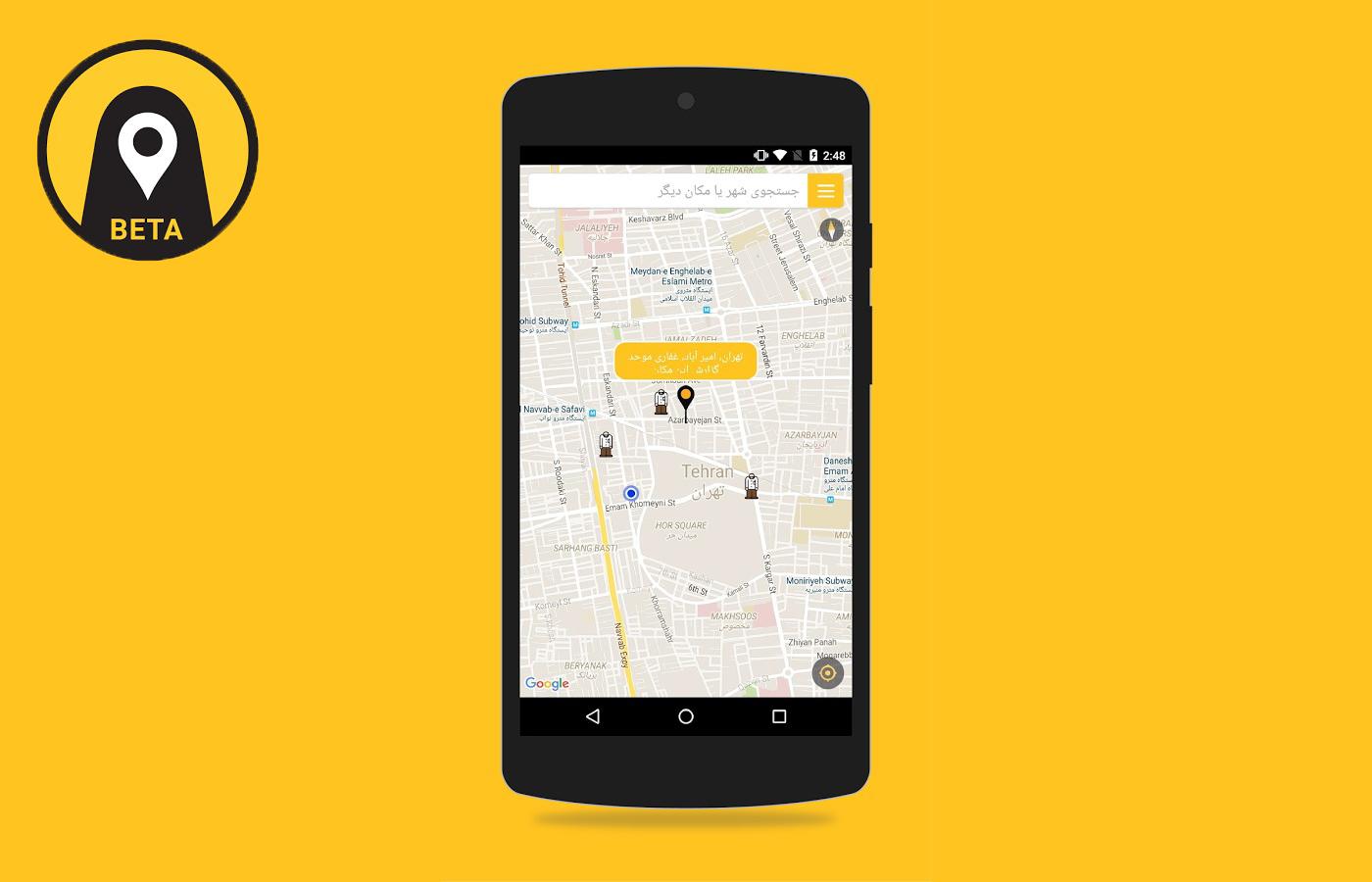 Ershad agents are tasked with ensuring Iranians follow strict rules on clothing and conduct. Part of this includes setting up checkpoints around town and randomly inspecting vehicles driving by. Should someone be found violating regulations, they could be warned, prosecuted or forced to write a letter of repentance saying they will never break the rules again. These checkpoints typically consist of a van with a few agents, and can move around town at will. Gershad wants to help people avoid them.

The app is simple in its construction. First it asks users to report whenever they encounter Ershad. This data is then added to a database and placed on a map. The more reports in one place, the bolder the warning on the map. Users can then, it's hoped, avoid the agents and have a regular evening. Think of it like the popular mapping app Waze, but with harsher penalties than a traffic jam if you don't use it.

Released this week, the app (just like Waze) will live and die on the number of people using it. With thousands of reporting users, though, it could be a very useful tool. Early signs suggest it's beginning to take hold -- local BBC presenter Nima Akbarpour tweeted an image filled with Ershad warnings last night.

In this article: culture, ershad, gershad, internet, iran, mobile, personal computing, personalcomputing, services
All products recommended by Engadget are selected by our editorial team, independent of our parent company. Some of our stories include affiliate links. If you buy something through one of these links, we may earn an affiliate commission.