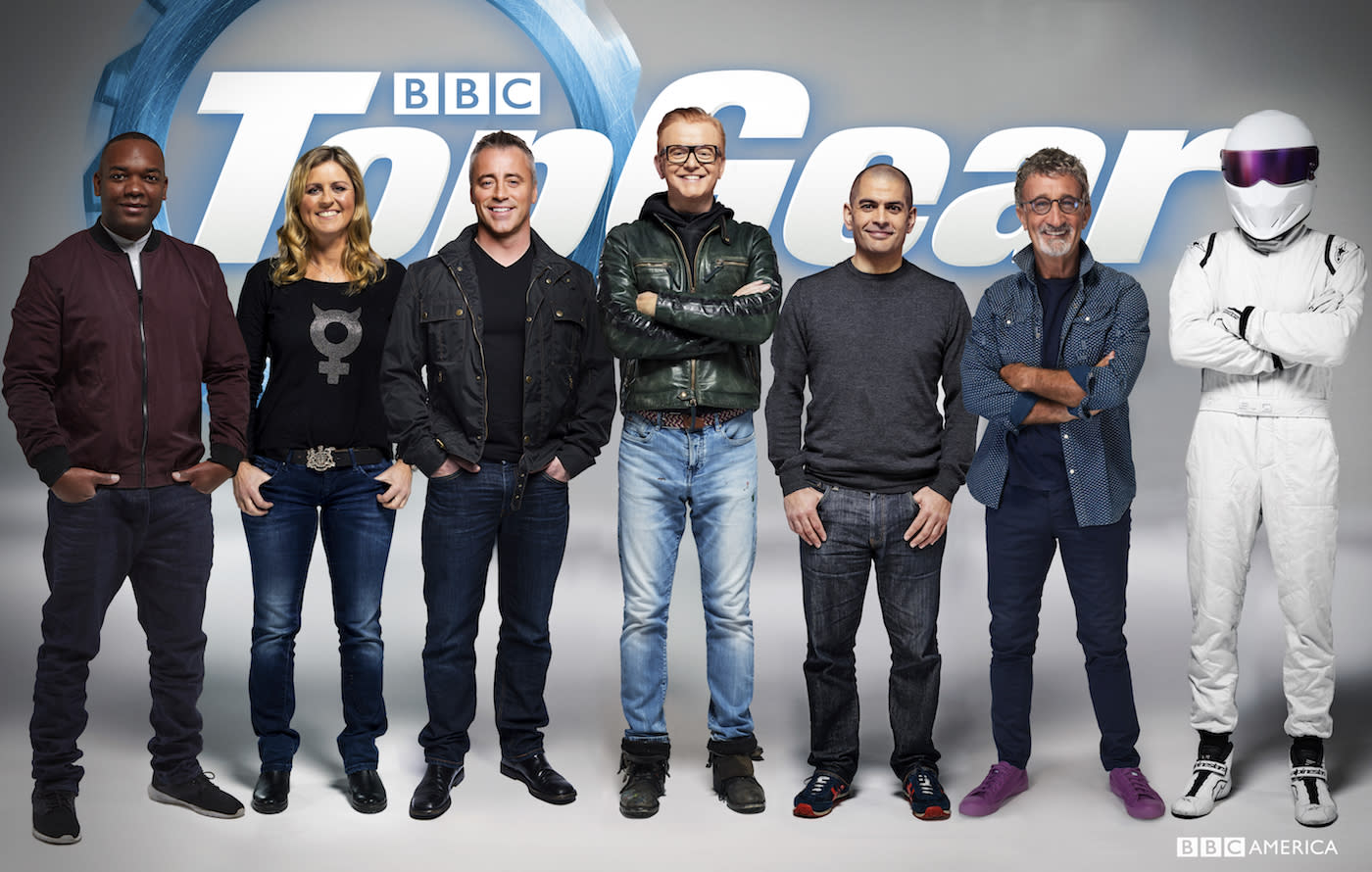 At last, we know who will be standing alongside Chris Evans for the highly anticipated Top Gear reboot. Former Friends star Matt LeBlanc had already been confirmed, but now we've got another four faces to divulge. Motorsport pundit Eddie Jordan joins from the BBC's Formula 1 team, while Rory Reid comes across from Recombu Cars -- his career highlights include this impressive rap review for the Rolls-Royce Ghost Series II. Joining them are German racing driver Sabine Schmitz, best known for her white-knuckle lap of the Nurburgring in a van, and Chris Harris, a successful motoring journalist that now runs his own YouTube channel.

With six presenters, it's safe to assume the Top Gear format will be changing a little bit. When Jeremy Clarkson, James May and Richard Hammond ran the show, they would often appear individually in pre-recorded segments before coming back together for the studio bits and larger "challenge" documentaries. A larger crop of faces should give the show better variety, and spread the risk associated with each new presenter. However, it'll also mean giving them all less screen time.

Coincidentally, Jeremy Clarkson tweeted yesterday that his new motoring show for Amazon Prime begins filming today. The new-look Top Gear is already in production, so there's a good chance both programmes will run at roughly the same time. If that happens, it should be an intriguing head-to-head -- for many Top Gear fans, Clarkson and company were the core of the show, and that's reason alone to check out their new series. The BBC has a bigger reach than Amazon Prime though, especially in the UK, and the Top Gear brand is sure to pull in some curious viewers this May.

In this article: amazon, amazonprime, av, bbc, chrisevans, entertainment, jeremyclarkson, mattleblanc, topgear
All products recommended by Engadget are selected by our editorial team, independent of our parent company. Some of our stories include affiliate links. If you buy something through one of these links, we may earn an affiliate commission.