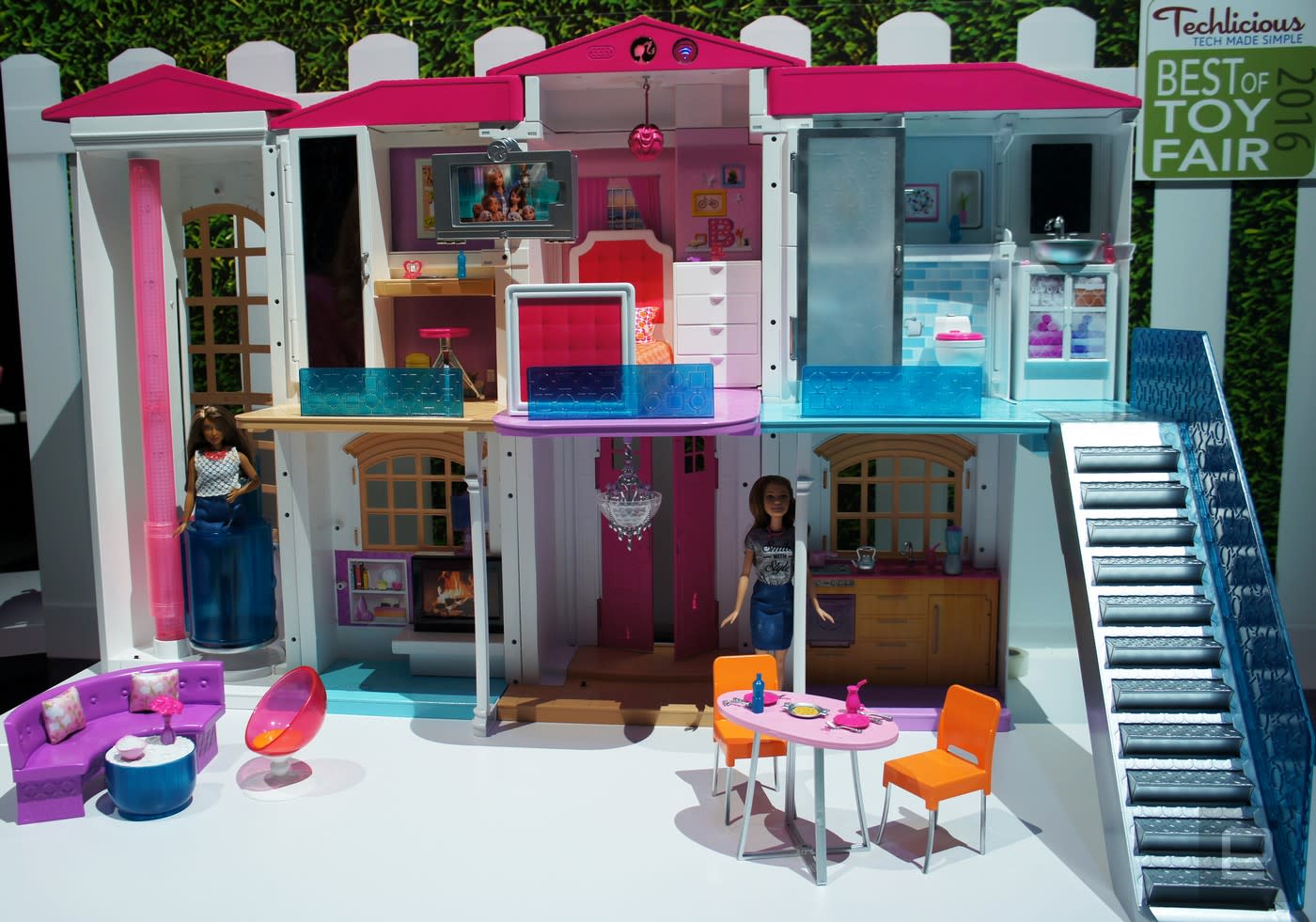 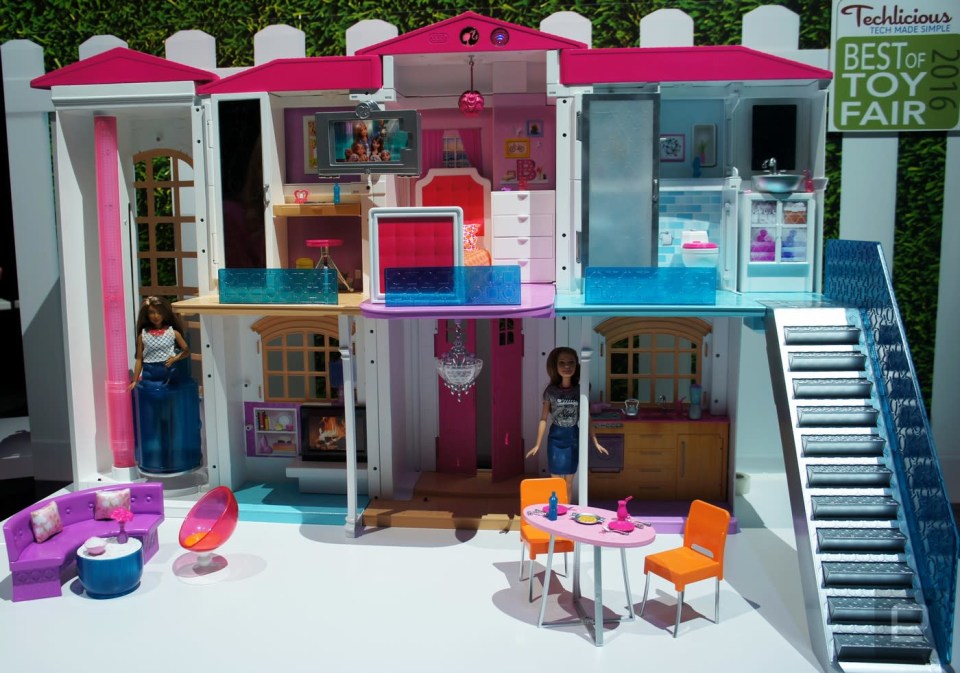 Barbie's new connected Hello Dreamhouse may not have a Nest thermostat, but we still saw many other smart-home features at Toy Fair this week -- as many as an 11.5-inch plastic doll might need from a $299 plastic house, anyway. The six-room Dreamhouse isn't the first Barbie home with an elevator, but it is certainly the first one with an app to control it. But, if you're a parent who isn't ready to let your kid have their own mobile device, don't worry: The app is only required at initial setup.

Once the house has been hooked up, kids can control the house's actions by either pressing down on the buttons located on the floor of each room, presumably with Barbie's stylishly-shoed feet (human fingers work just fine, though). There's also the voice control, which operates exactly like any other voice assistant: "Hello Dreamhouse, turn on the lights in the bathroom." Or, if you want something a little more exciting, you can always ask it to have a dance party. That pretty much puts the entire house into full-on club mode, with the stairs turning into a slide because Barbie parties have slides. The Hello Dreamhouse also has some canned banter revolving around typical kid problems like going to school, which should come in handy when it goes on sale this fall.

For full home connectivity kids are going to want to use the app, which allows them to fine tune the lights and sounds to certain actions -- just like a real smart home.

If you'd rather your kid get outside the home -- both Barbie's and yours -- there's also the Star Light Adventure RC Hoverboard. It's a small drone with a space cadet-themed Barbie perched on top like she's riding it (and having a great time). It's based on an upcoming direct-to-video feature, but even if you don't care for those it's a decent drone that flies high and can take a rough landing. We wouldn't advise letting younger siblings or pets get a hold of this thing, as that's not likely to end well for the blonde space explorer. The RC Hoverboard will also be on sale this fall to the tune of $60.
In this article: Barbie, culture, dollhouse, dolls, gadgetry, gadgets, home, Mattel, NYTF2016, ToyFair, ToyFair2016
All products recommended by Engadget are selected by our editorial team, independent of our parent company. Some of our stories include affiliate links. If you buy something through one of these links, we may earn an affiliate commission.