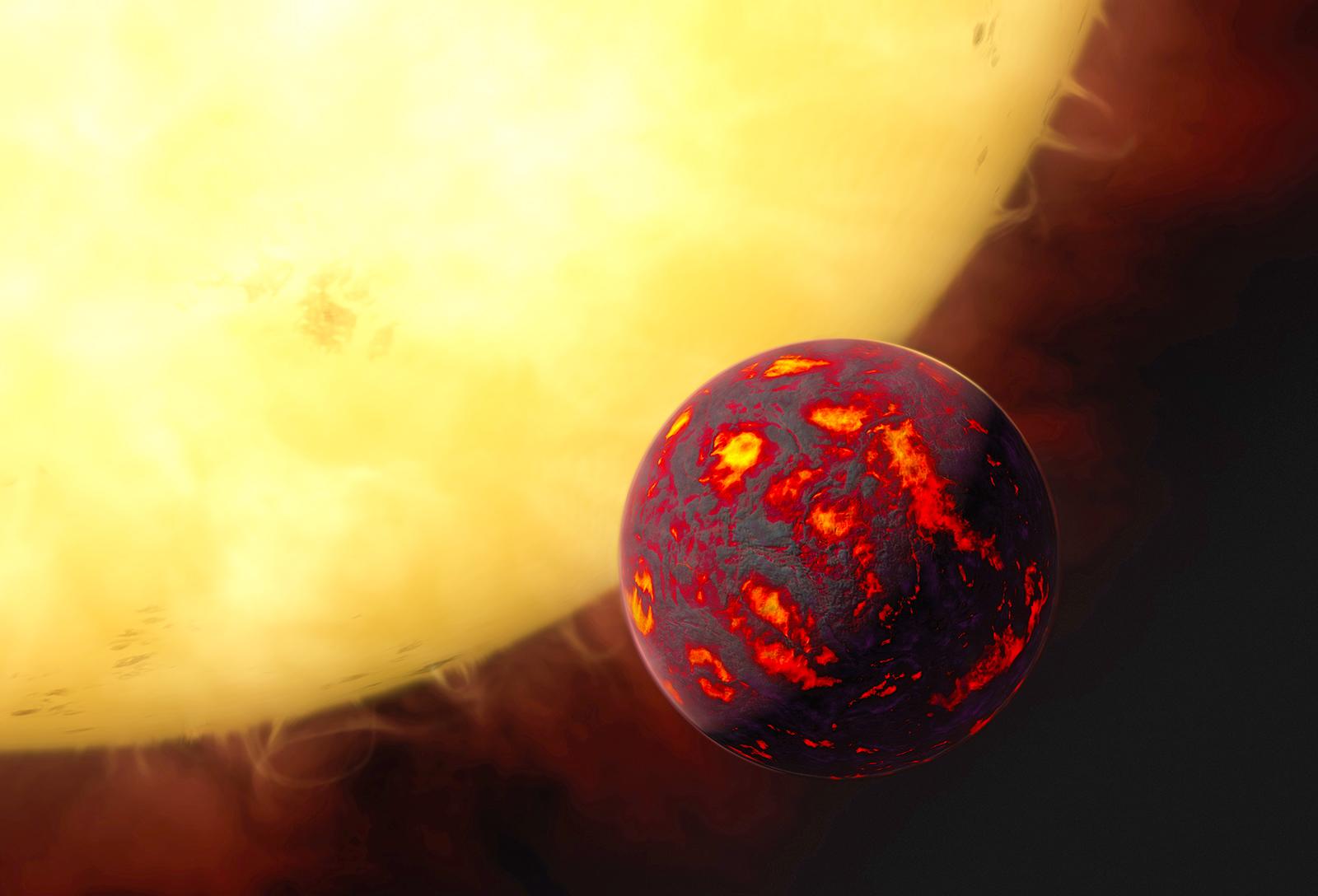 Astronomers at NASA, working with the ESA and the University College London, announced Tuesday that they have discovered a "super-Earth" exoplanet with an atmosphere, that, for the first time, they can analyse. The Hubble telescope's Wide Field Camera 3 (WFC3) first spotted the planet, dubbed 55 Cancri e, which is only about 40 light years away. Super-earths are simply rocky planets that are bigger than the Earth -- in this case, eight times bigger. They're widely believed to be the most common type of rocky planet in the galaxy.

"This is a very exciting result because it's the first time that we have been able to find the spectral fingerprints that show the gases present in the atmosphere of a super-Earth," UCL PhD student Angelos Tsiaras said in a statement. "The observations of 55 Cancri e's atmosphere suggest that the planet has managed to cling on to a significant amount of hydrogen and helium from the nebula from which it originally formed."

Unfortunately, 55 Cancri e probably doesn't support life. Its atmosphere appears to be comprised almost entirely of hydrogen and helium with no traces of water. Plus, the planet is so close to its star that a year there lasts 18 Earth-hours and the surface of the planet can get as hot as 2,000 degrees C.

In this article: 55 Cancri e, 55cancrie, esa, exoplanets, hubble, hubblespacetelescope, nasa, science, space, Super-Earth, ucl, univeristycollegeoflondon
All products recommended by Engadget are selected by our editorial team, independent of our parent company. Some of our stories include affiliate links. If you buy something through one of these links, we may earn an affiliate commission.