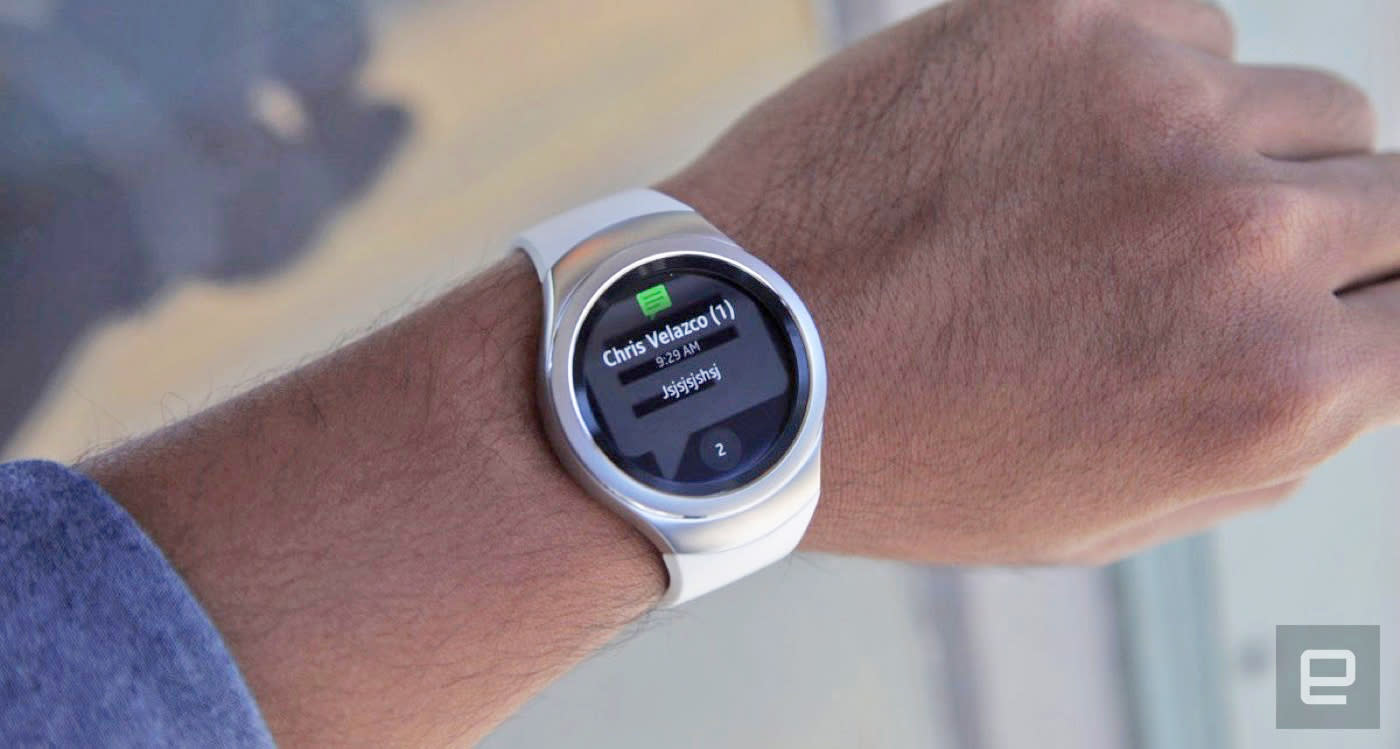 Samsung will release a version of its 3G-connected Gear S2 that ditches the traditional SIM card in favor of an electronic one. It'll be the first mainstream connected wearable that ditches the old technology in favor of its all-digital replacement. The move will help the device save some space, since even a nano-SIM slot requires real estate that could otherwise be used for the battery. The device will land in stores at some point in March, and has the blessing of the GSMA and various global carriers that support the standard.

If there's a snag, it's that none of the networks that Samsung namedrops in its release have operations in the US. For instance, carriers like Vodafone, Telefonica and Orange are on board, as well as Singaporean firms Singtel, M1 Limited and StarHub. It's something of a surprise, since both AT&T and T-Mobile support a version of the technology used in the cellular version of the iPad Air.

Samsung is hoping that the adoption of e-SIMs will help remove some of the hurdles that has held back adoption of internet-of-things devices. After all, the less you have to fiddle around with individual data plans and customer support to get your smart doorbell activated (for instance), the better. Vodafone executive Patrick Chomet agrees, saying that the launch of the e-SIM Gear S2 3G will spearhead a "new generation of devices" connecting to cellular networks.

In this article: Card, e-SIM, eSIM, gear, GearS2, mobile, MWC2016, samsung, SIM, wearables
All products recommended by Engadget are selected by our editorial team, independent of our parent company. Some of our stories include affiliate links. If you buy something through one of these links, we may earn an affiliate commission.