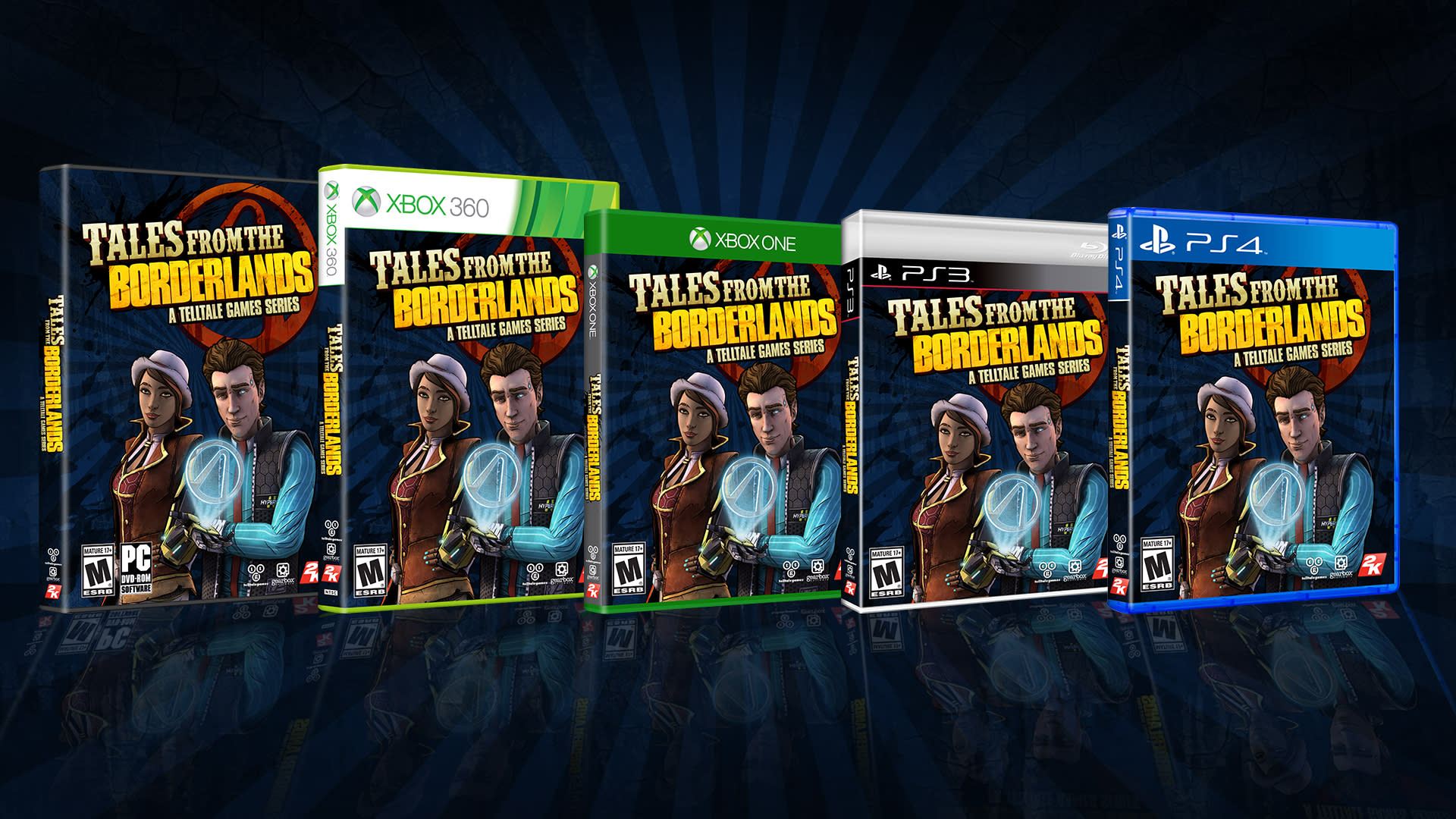 In Tales from the Borderlands, Telltale Games turns Gearbox's frantic alien shooter into a narrative-driven point-and-click adventure, broken into five episodes that were released across 2014 and 2015. All of these action-packed, emotional episodes will be collected in physical form on April 26th for PlayStation 3, PlayStation 4, Xbox 360, Xbox One and PC. Rejoice, completionists and collectors alike.

Joystiq's review of the premiere episode called it a "creative, playful and often laugh-out-loud adventure" with a solid story and engaging characters. With April's disc release, you won't have to wait months between episodes to meet these wild Vault Hunters for yourself.

In this article: 2k, art, av, borderlands, business, disc, gaming, gearbox, personal computing, personalcomputing, physical, talesfromtheborderlands, Telltale
All products recommended by Engadget are selected by our editorial team, independent of our parent company. Some of our stories include affiliate links. If you buy something through one of these links, we may earn an affiliate commission.