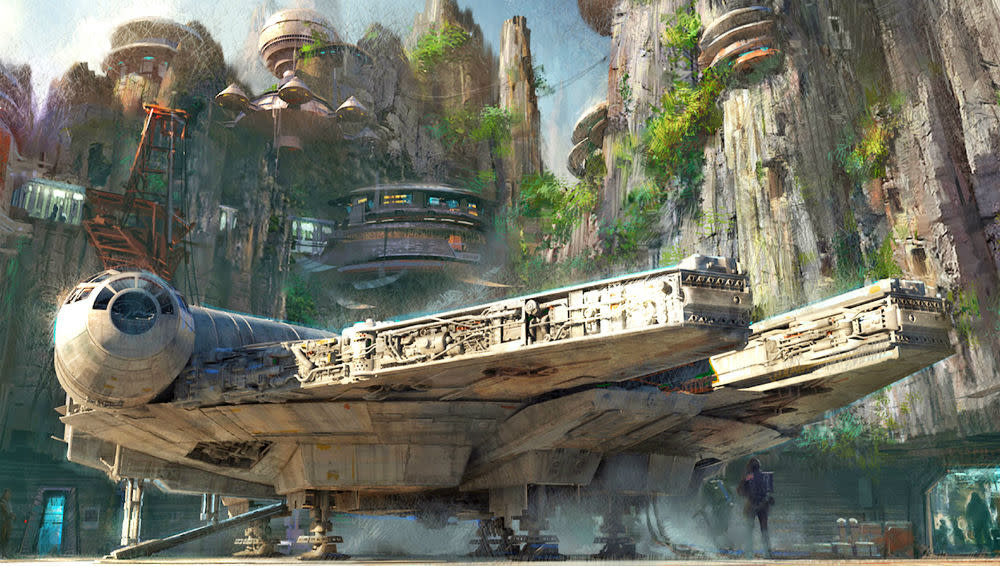 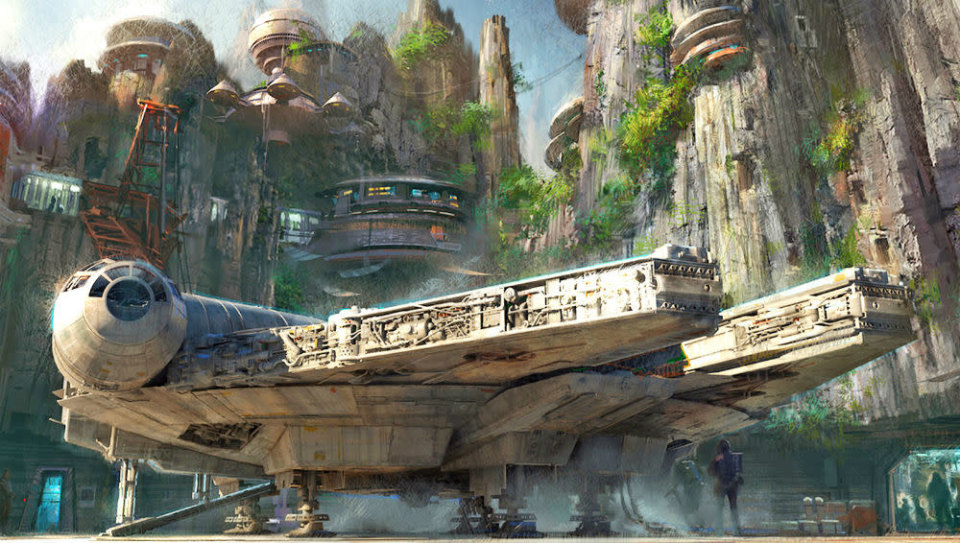 While we've known for a while that Disney intends to build big new Star Wars-themed areas inside its parks, concrete details of its plans have yet to materialize. That hasn't exactly changed after last night's ABC Disneyland 60 special, but we at least now have some idea of what some the attractions might look like. As promised, Harrison Ford previewed the new "Star Wars Experience" during the special, which showed concepts of the various lands and at least two theme park rides. The first lets you take "complete control" of the Millennium Falcon, while the other gives you a front-row seat in a fight between the Resistance and the First Order.

If that's a bit too frantic, you can meet droids and aliens in one of the themed locales, enter an "otherworldly street market" (where you can taste local delicacies like blue Bantha milk) and, of course, head down to the cantina. Work has already begun at the 14-acre expansions at Disneyland in California and at Florida's Walt Disney World, but the company doesn't expect the "Star Wars Experience" to be ready for a few years yet.

In this article: attraction, av, disney, disneyland, entertainment, starwars, starwarsexperience, themepark
All products recommended by Engadget are selected by our editorial team, independent of our parent company. Some of our stories include affiliate links. If you buy something through one of these links, we may earn an affiliate commission.