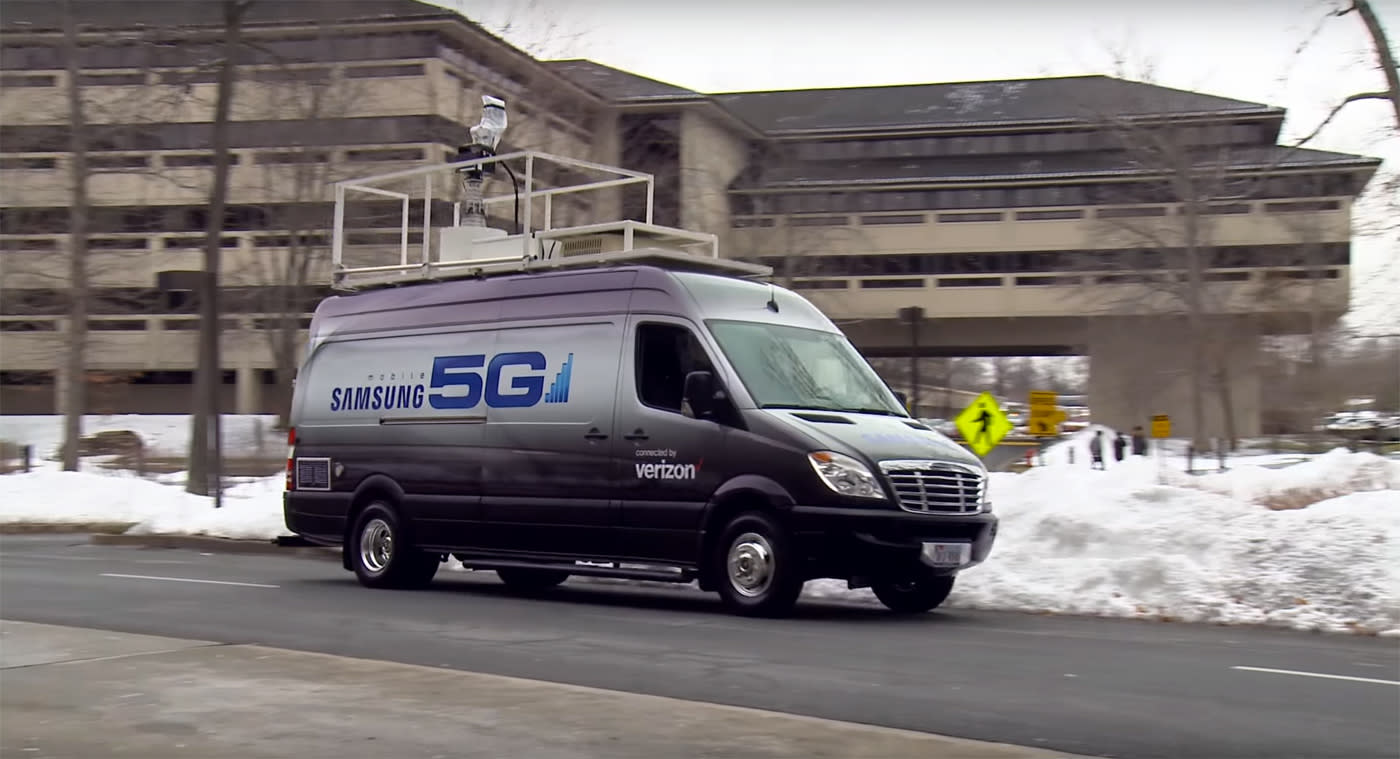 At last, 5G cellular data is leaving the lab. Verizon and Samsung have started testing the multi-gigabit wireless access in "real-world" conditions around Verizon's HQ, including indoors and in moving vehicles. The experience isn't the same as what you'd get on a phone -- this involves specialized equipment just a short hop away from a base station -- but the early results are promising. There's enough bandwidth to comfortably stream 4K video, including VR clips that require 17 simultaneous feeds. For all intents and purposes, you're getting fiber optic speeds over a long-range wireless link.

The tests come just as Verizon is co-founding the 5G Open Trial Specification Alliance, an attempt to form a common spec for 5G testing that gets it off the ground. This isn't the same as forming a true 5G standard (that's up to the 3GPP group), but it should help more test runs take place between now and 2018.

The move does give Verizon some bragging rights over AT&T, which won't start its 5G tests in Austin until sometime later in the year. With that said, this is the carrier equivalent of shouting "first!" in the comments -- it's more symbolic than practical. Verizon and its partners still have to solve some major issues, such as maintaining connections indoors (millimeter wave signals drop off quickly) and shrinking the technology to the point that it fits in your pocket rather than a van full of custom gear. If nothing else, though, it shows that Verizon is dead serious about its goal of offering 5G service in 2017.

In this article: 5g, carrier, gear, millimeterwave, mmwave, mobile, mwc2016, samsung, verizon, video, wireless
All products recommended by Engadget are selected by our editorial team, independent of our parent company. Some of our stories include affiliate links. If you buy something through one of these links, we may earn an affiliate commission.