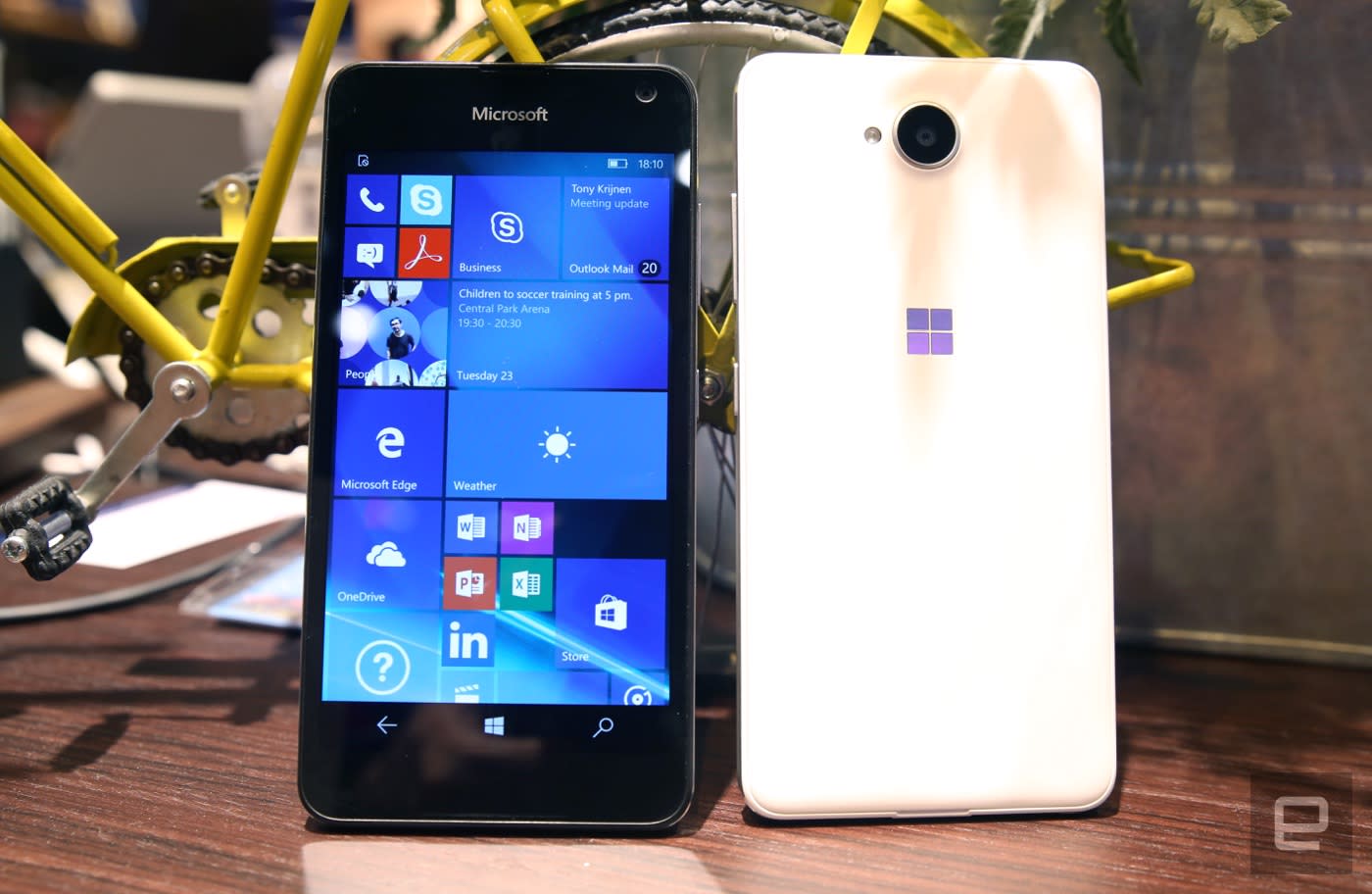 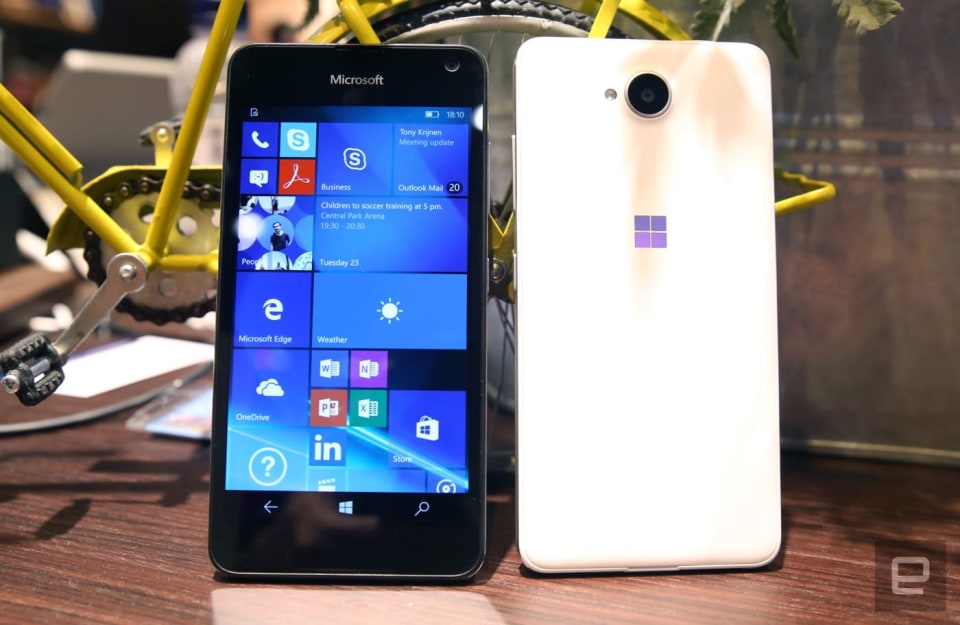 Microsoft's Lumia 950 wasn't a bad phone, just one that didn't seem to live up to its potential (when we tested it, anyway). We've encountered some stunners since then, but Microsoft's latest effort — the Lumia 650 — manages to impress despite its modest aspirations.​ That's mostly because of its physical design, which feels surprisingly robust. A chamfered metal band runs around the phone's edges, adding a bit of rigidity to a slim, lightweight polycarbonate body. As with the 950 and the 950XL, you'll still be able to yank off the flimsy battery plate to reveal the 2,000mAh battery, microSD slot and SIM card slot (or two, depending on where you buy the thing). That 5-inch, 720p OLED display is pretty respectable, too, with nice detail and bright colors, even under Microsoft's horrendous orange lighting.

It even ran pretty smoothly because of — or maybe in spite of — the Snapdragon 210 chipset and 1GB of RAM running the show. Sure, you'll encounter a few hiccups when launching apps and trying to be productive, but at this point, all seems manageable. Still, I'm really curious to see how that low-end slab of silicon holds up to day-to-day use — clean, locked-down demo phones always run better than the devices that live with us. Alas, Windows 10's most fascinating feature — and the one companies like HP are banking on — just doesn't work here. The Lumia 650 has neither the horsepower nor the USB Type-C connection to make Continuum and Windows' universal apps usable on displays of different sizes. If you think getting a true sense of a phone's performance at these events is tricky, evaluating cameras might be even worse. There's that weirdo lighting to contend with, and all the people milling around and blocking cool visuals. Regardless, the 8-megapixel shooter embedded in the 650's back seemed to cope with both conditions well (at least, that's how it seemed while peering at that 720p screen). I'm not expecting masterpieces, but this camera seems perfectly adequate for posting — and filtering like crazy — on Instagram.

In this article: gear, hands-on, lumia, lumia650, microsoft, mobile, mobileworldcongress, mwc, mwc2016, windows, windows10
All products recommended by Engadget are selected by our editorial team, independent of our parent company. Some of our stories include affiliate links. If you buy something through one of these links, we may earn an affiliate commission.