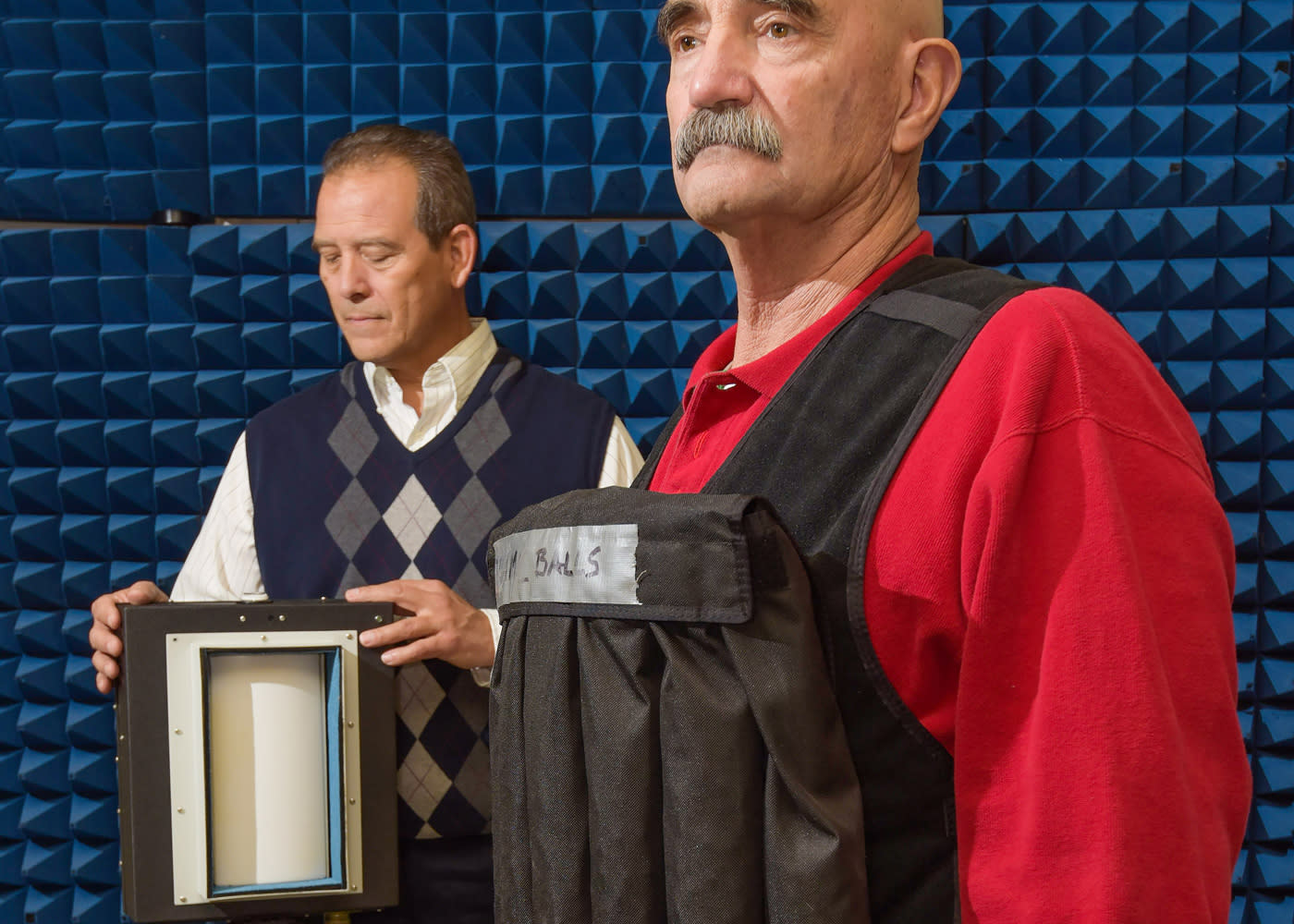 Ever since terrorism became an all-too-real fact of life, people have dreamed of suicide bomb detectors that spot an explosive vest before its wearer has a chance to detonate. However, making a working example has proven elusive. Some companies threw their hands up in frustration after developing systems that just weren't accurate enough. Others, meanwhile, didn't even try that hard -- the UK went so far as to ban some detectors that proved utterly ineffective. At last, though, it looks like a genuinely functional suicide bomb detector is on the horizon.

R3 Technologies is nearly ready to sell the CBD-1000, a semi-portable continuous wave radar that's reportedly accurate enough to detect the materials you typically see in suicide vests, whether or not they're metallic. If a terrorist loads up on glass or rocks to maximize damage, they may well be caught. It currently works best at relatively short ranges and with mostly stationary targets (you need 1.3 seconds to complete a scan at 9 feet), but there are plans for instant scans as far away as 100 feet. If it reaches that goal, it could change the face of security -- officers could spot and shoot bombers well before they reach their targets.

If all goes well, the plan is to offer the CBD-1000 this year for $50,000. It's too soon to say whether or not this will work in the chaotic, unpredictable circumstances of real life. R3 has some hard science to back up its claims, mind you. It partnered with Sandia National Laboratories scientists to refine the detector, so this is more than just a well-meaning idea.

In this article: bombdetector, detector, explosive, explosives, gear, r3technologies, radar, sandia, sandialabs, SandiaNationalLaboratories, science, security, suicidebomb, terrorism
All products recommended by Engadget are selected by our editorial team, independent of our parent company. Some of our stories include affiliate links. If you buy something through one of these links, we may earn an affiliate commission.