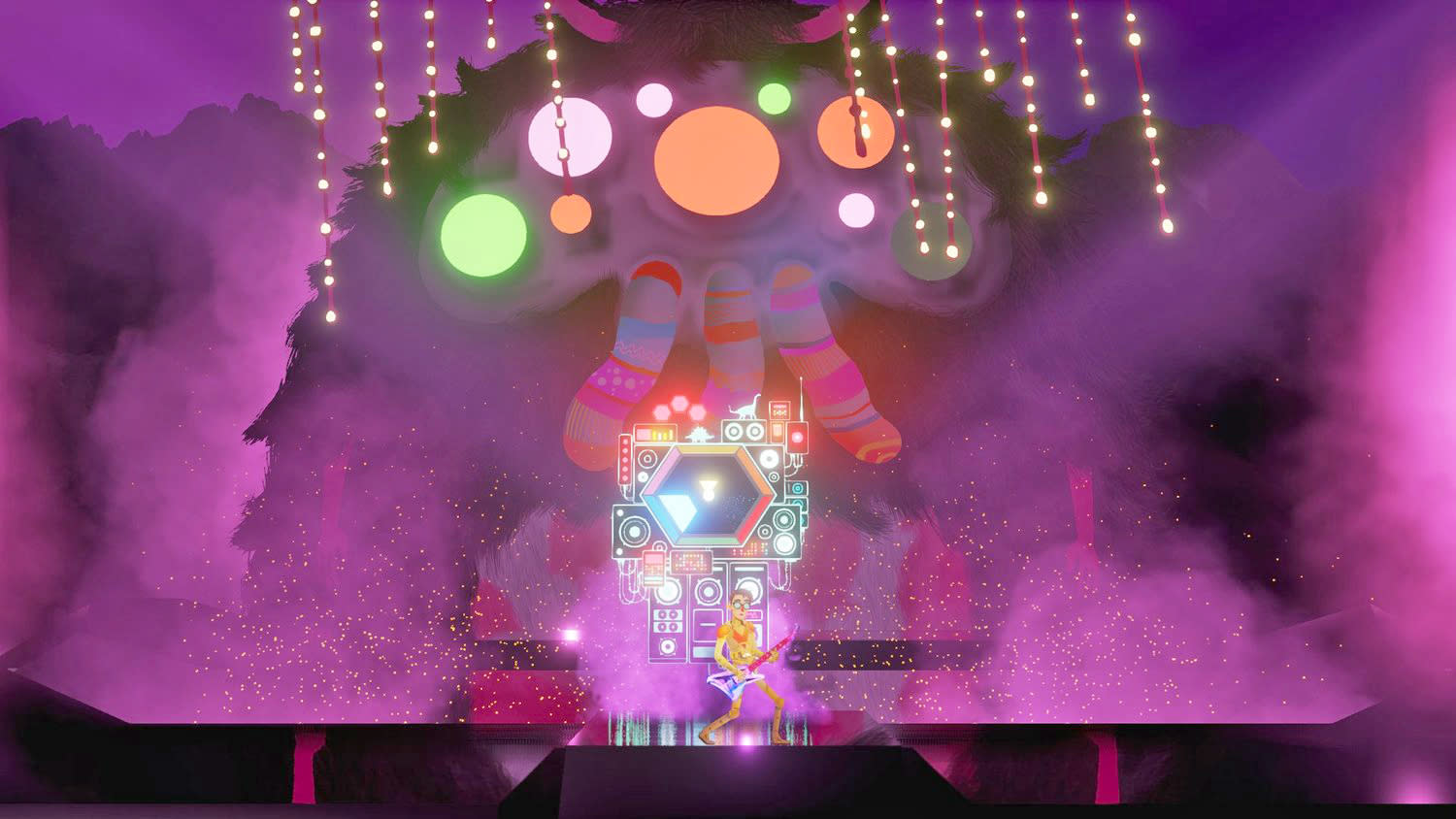 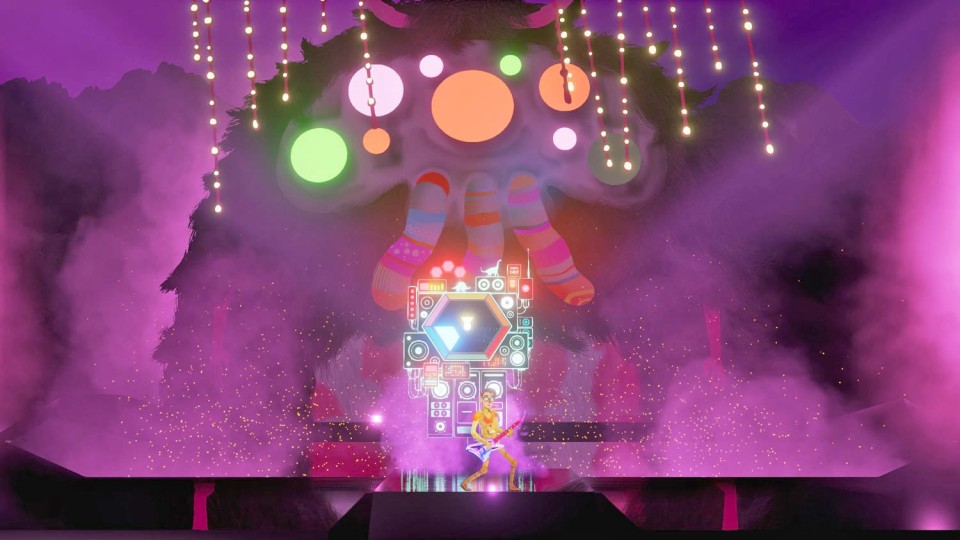 The Artful Escape of Francis Vendetti is a psychedelic hipster dream disguised as a narrative-driven adventure game. It stars Francis Vendetti, the fictional nephew of the late, great musical icon Johnson Vendetti. In this alternate universe, Johnson was the David Bowie of his time, legendary and untouchable. Francis is a young musician himself, struggling to find his own voice and separate himself from his uncle's legacy. On his quest of self-discovery, Francis connects with a laser artist named Violetta, and he traverses a multidimensional highway packed with neon lights and tentacled aliens.

The Artful Escape presents the kind of world that burgeoning musicians might fantasize about, the ultimate rock star dream of conquering new, exciting dimensions with the power of music alone. It's the kind of dream that the game's creator, Johnny Galvatron, once had -- before he signed a record deal with Warner Bros. right out of college and discovered what the true rock star life was really all about.

"You feel like those sort of record deals will unlock these magical doors to worlds of wonder to explore that you imagine when you're young," Galvatron says. "And then you realize very quickly that's not what it is, and you live in a hotel room with six really smelly dudes. I guess The Artful Escape of Francis Vendetti is informed by my teenage imaginings of what the music industry would be."

Galvatron studied 3-D computer animation and game development in college, but the record deal set him on a different path -- he scored commercial hits in Australia with his band, The Galvatrons, and spent years playing around the world with groups like The Police, Kiss and Def Leppard. He's written a novel, penned gaming reviews and columns, and made a short film that was shortlisted for Tropfest. After years of pursuing other creative endeavors, The Artful Escape is Galvatron's reintroduction to the world of game design.

"One of the things we're really aiming for with The Artful Escape is these moments of crescendo, which you can only really achieve in video games," he says. "Where you get gameplay, music, story, cinematography; if you can grab them all and hit them all at the right point -- video games, nothing can beat them." "He's had gold records, platinum records, and he has the best synthesizer library I've ever seen in my life. I weep openly for it," Galvatron says. "His musical knowledge is really fantastic and he really can get those moments of grandeur."

Both Abrahams and Galvatron bring a theatrical aesthetic to The Artful Escape. When it's complete, it will be a rich, narrative-driven journey through alien worlds and musical landscapes. The game won't feature any fighting—only creation, music and discovery (and lasers). Players will be able to mix their own songs, as well, using a sample system much like this one. But first, Galvatron and friends need to finish making it. They're launching a Kickstarter campaign on March 1st to collect the final funds necessary to make The Artful Escape a reality for PCs and Macs, with gaming consoles a stretch goal. Crowdfunding is a daunting task, but Galvatron is up for it.

"Obviously, we're a tiny little team from Melbourne," he says. "You've gotta try and measure yourself against these people asking for $1 million and with people who have made games that are in everyone's psyche. But you should. You should measure yourself against those people. The indie game market is neck-and-neck with AAA, and we're nominated for the same awards, we're put in the same categories. So, it's about pushing yourself to be as good as these industry veterans."

In this article: av, BeethovenandDinosaur, CrowdFunding, gaming, Indie, interview, JohnnyGalvatron, kickstarter, melbourne, music, personal computing, personalcomputing, RockStar, TheArtfulEscape, TheArtfulEscapeofFrancisVendetti
All products recommended by Engadget are selected by our editorial team, independent of our parent company. Some of our stories include affiliate links. If you buy something through one of these links, we may earn an affiliate commission.