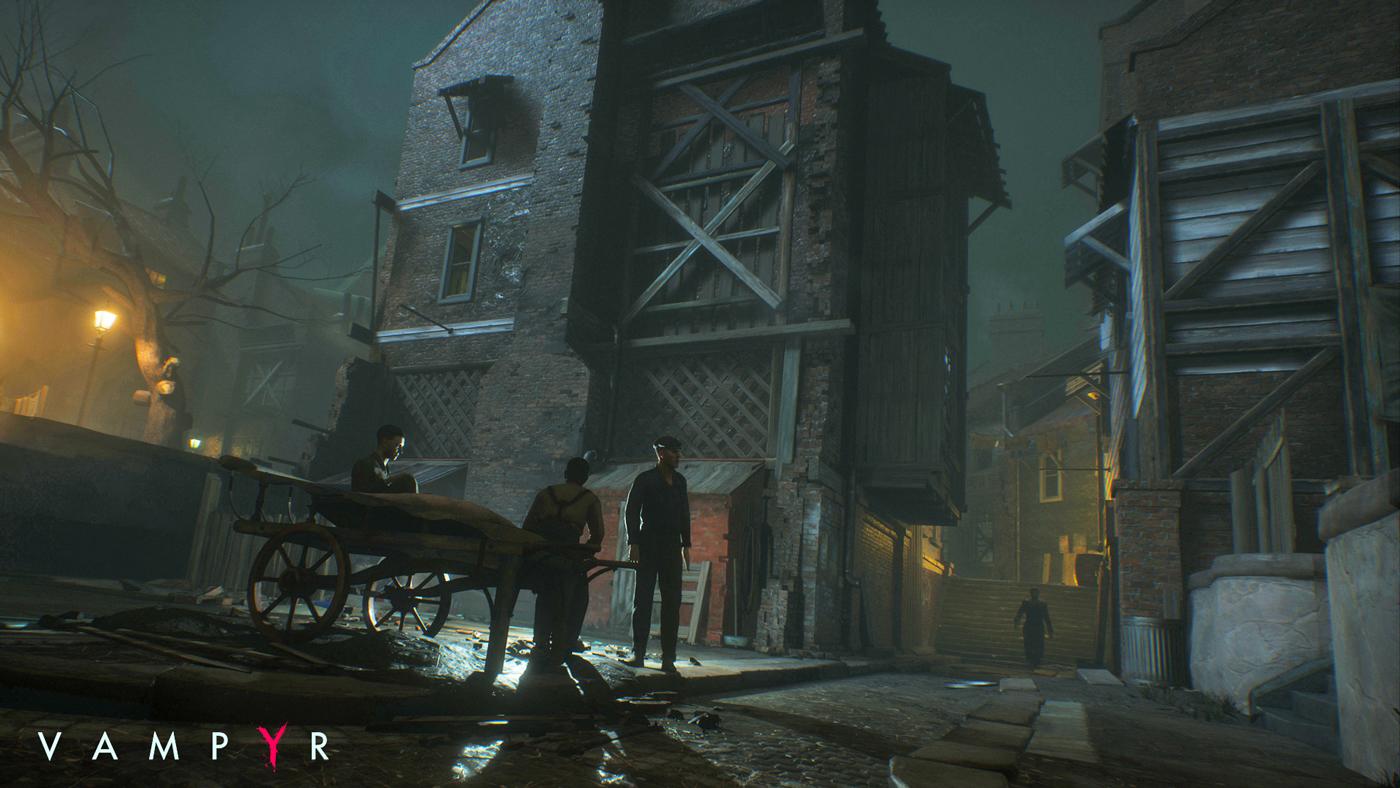 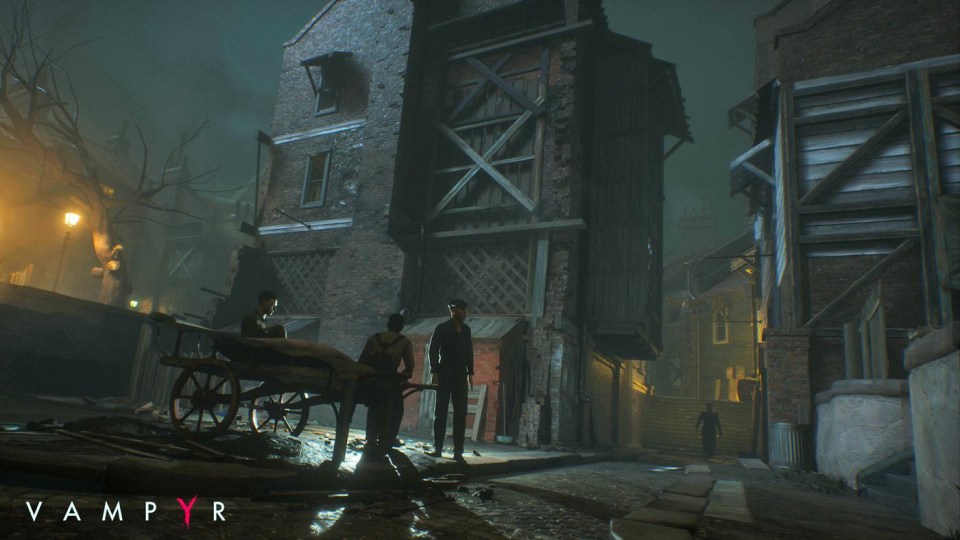 Gaze into the darkness long enough and a reluctant British vampire will gaze back at you. Sure, that's not quite what Nietzsche said, but it's the angle Dontnod is taking with its latest game, Vampyr. Set in London in 1918, Vampyr stars Jonathan Reid, a military doctor who specialized in blood research during World War I. He's also a vampire, though he doesn't enjoy killing; he dedicated his life to healing, after all. The Spanish Flu is ravaging Europe and as Reid stalks London's foggy streets, he must balance his bloodlust with his still-intact moral compass. The first screenshots for Vampyr are dark, both in mood and coloring. The cobblestone streets are unsanitary and dangerous, with shadowy figures lurking beneath yellow street lamps. It's a huge departure for Dontond, the studio behind Life is Strange (a contemporary point-and-click adventure game about time-traveling high schoolers) and Remember Me (a sci-fi action title set in Neo-Paris in 2084).

Vampyr seems more on par with games like Assassin's Creed or Devil May Cry -- it includes a third-person, hand-to-hand combat system and superhuman parkour-inspired abilities. Players level up their fighting abilities and personality traits based on how much blood they harvest, heightening the tension between the protagonist's desire to feed and do no harm.

The game's overarching narrative, however, has Dontnod's special spin: As Jonathan Reid carefully selects and kills his victims, their deaths alter the lives of related characters and the areas of town where their bodies are discovered.

"Be careful who you choose to hunt as they will be gone forever, and their death will impact in a meaningful way the world that surrounds you," Dontnod says.

There's no release date for Vampyr, but it's in development for PlayStation 4, Xbox One and PC.

In this article: art, av, dontnod, FocusHomeInteractive, gaming, london, personal computing, personalcomputing, screenshots, vampires, vampyr
All products recommended by Engadget are selected by our editorial team, independent of our parent company. Some of our stories include affiliate links. If you buy something through one of these links, we may earn an affiliate commission.