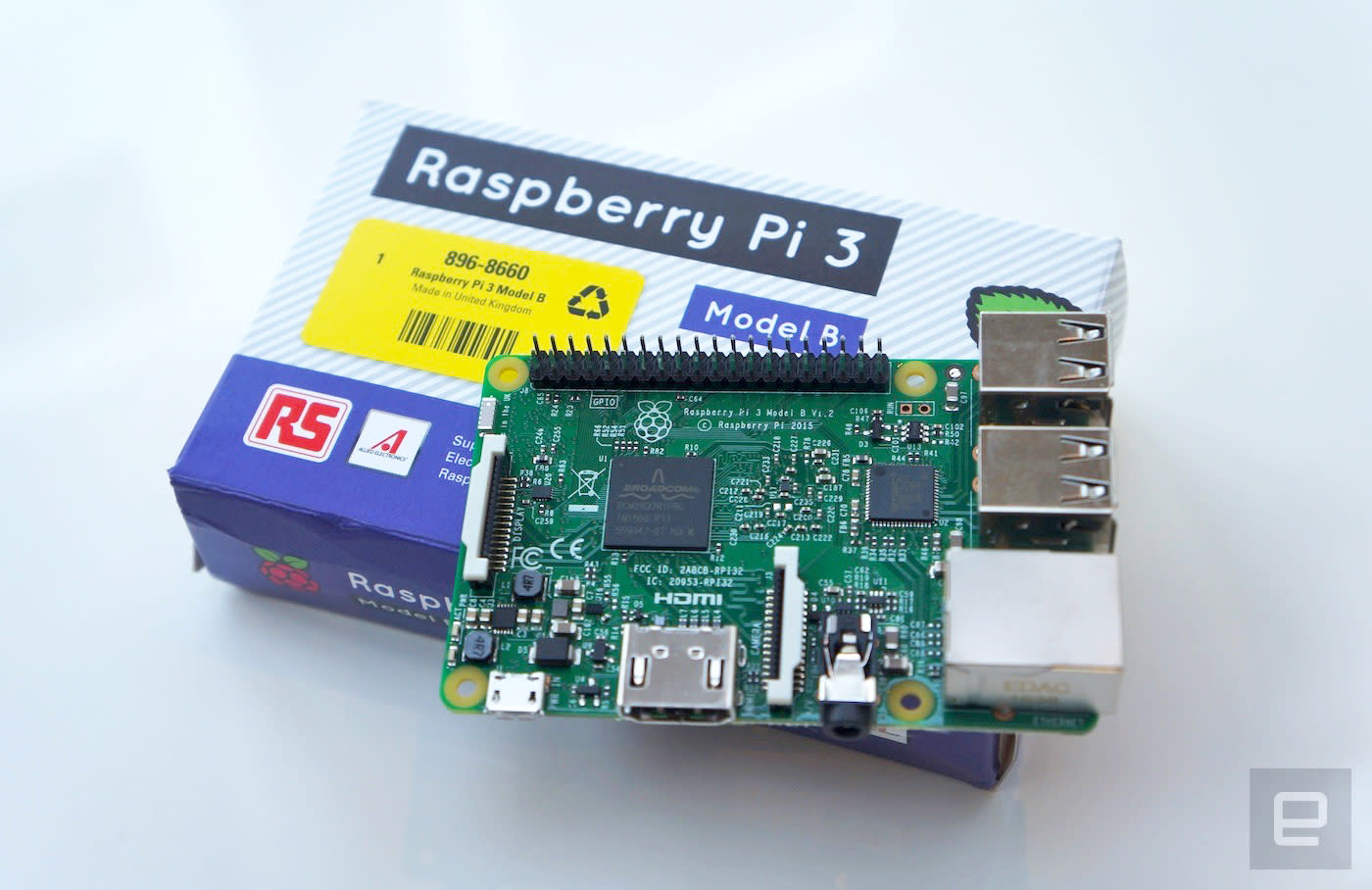 It's hard to believe, but it's been four years since the Raspberry Pi Foundation gave the DIY computing scene a huge kick in the right direction with the launch of the Model B. To celebrate the milestone and 8 million units sold, the charity is hosting another Big Birthday Bash, but more importantly, there's also some new hardware for tinkerers to get their hands on. Introducing the Raspberry Pi 3: the Foundation's first 64-bit computing board that also comes with WiFi and Bluetooth built in for the same $35/£30 price.

It should come as no surprise that the Pi 3 is an iterative update on the popular Pi 2. According to Raspberry Pi Foundation CEO Eben Upton, it's been a year in the making. Gone is the 900MHz quad-core ARM Cortex-A7 CPU, replaced with a quad-core 64-bit 1.2 GHz ARM Cortex A53 chip that is roughly 50 percent faster than its predecessor. "Our primary goal in moving to A53 from A7 was to get a better 32-bit core," Upton told me. "A53 running in 32-bit mode outperforms A7 at the same clock speed by 20-30 percent."

Although there's the same 1GB of RAM, it's gone from 450MHz to 900MHz. The VideoCore IV graphics keeping things ticking over also sees a slight improvement from 250MHz to 400MHz. Both are housed on a board that retains the same dimensions as the Pi 2. However, the inclusion of integrated Bluetooth 4.1 and 802.11n WiFi will please many, as it'll reduce the need to scour component sites for cheap USB dongles. If you're thinking of swapping your old Pi, you may need to upgrade your power source as the Pi 3 requires a 2.5A input.

With cheap 64-bit boards like the Pine A64 starting to emerge, I asked Upton why the Pi 3 doesn't include additional features like 4K support: "Moving to a new video codec block would have meant sacrificing backward compatibility with previous Raspberry Pi products," he tells me. "With 8 million units in the field this isn't a decision we take lightly."

For this reason, the Raspberry Pi 3 will ship with a 32-bit version of the Noobs operating system. The Foundation isn't worried about fancy tricks, it's making sure that homebrewers can add more features to their projects without having to overhaul them first. The Pi 3 is available to buy right now from Element14, RS Components and other usual stockists for $35/£30.

In this article: gadgetry, gadgets, gear, home, homebrew, personal computing, personalcomputing, pi3, raspberrypi
All products recommended by Engadget are selected by our editorial team, independent of our parent company. Some of our stories include affiliate links. If you buy something through one of these links, we may earn an affiliate commission.