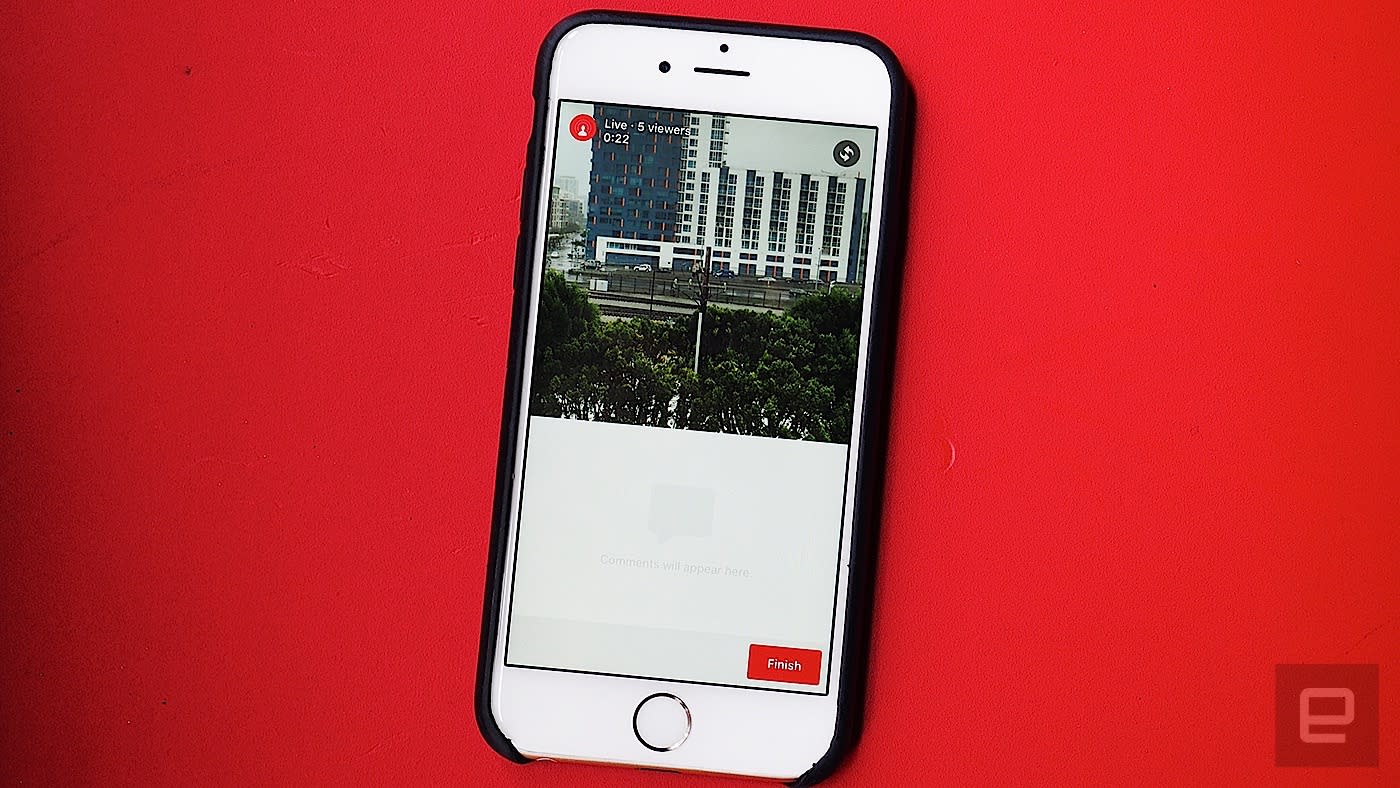 What's the point of live video if you don't watch it when it's, you know, live? That's the reasoning behind a new shift in Facebook's algorithm that'll push live video streams to the top of your News Feed. This comes a few days after Facebook announced that its Live Video feature is finally rolling out to Android users, while it's been available to iOS users since January.

If you need a bit of a reminder, Facebook's Live Video feature is essentially a way for users of the social network to broadcast live video from their phones. There's no need to download a separate app like Periscope or Meerkat; the feature is baked right into the main Facebook app itself. Similarly, users of the social network can watch those video streams right on their Facebook feeds.

We've ragged on Facebook's algorithm before for prioritizing certain content over others, but surfacing live video when it's actually live makes a lot of sense. In a blog post, Vibhi Kant and Jie Xu wrote: "People spend more than 3x more time watching a Facebook Live video on average compared to a video that's no longer live. This is because Facebook Live videos are more interesting in the moment than after the fact."

As for when you'll see them, live streams should appear at the top of your feed starting today. Don't forget to react appropriately when you do.

In this article: facebook, gear, internet, mobile, services
All products recommended by Engadget are selected by our editorial team, independent of our parent company. Some of our stories include affiliate links. If you buy something through one of these links, we may earn an affiliate commission.