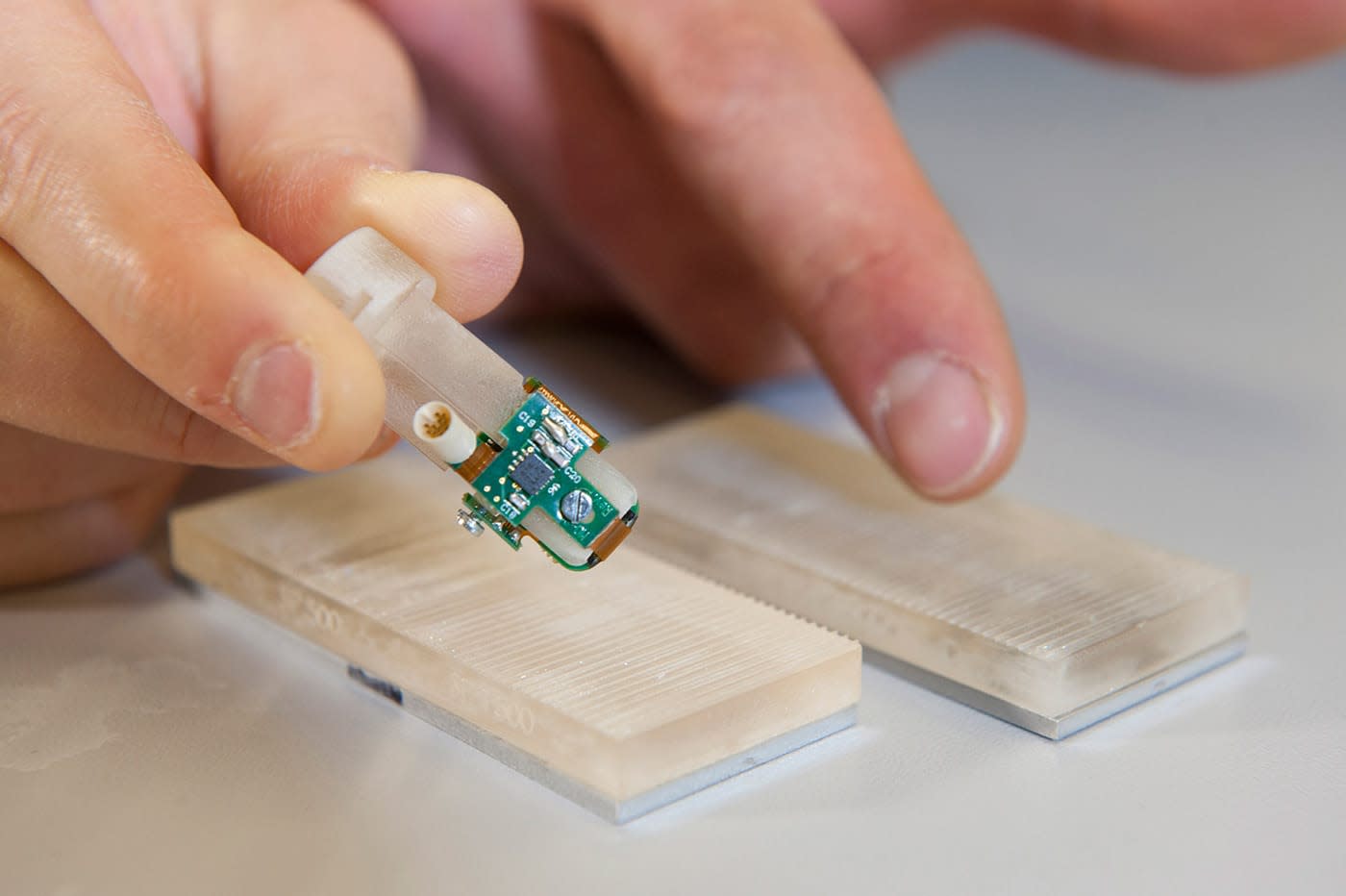 Someday, amputees might be able to get prosthetics that can discern shapes and feel texture, thanks to the Swiss Federal Institute of Technology in Lausanne (EPFL). Its scientists have succeeded in designing a bionic fingertip (PDF) that can make amputees feel textures and even differentiate between rough and smooth surfaces. The team asked Dennis Aabo Sørensen, who lost his left hand in an accident, to test it out. He said the sensations it gave him were almost like what you'd feel with your own hand.

Sørensen has been helping the EPFL with its prosthetics research for quite some time, so he already has electrodes implanted above the stump on his left forearm. Last year, the team used them to connect a bionic hand that can recognize both shape and softness to his limb. This time, they wired the electrodes to the fingertip, which was rubbed against several pieces of plastic engraved with different patterns. Sørensen reported that he felt the textures "at the tip of the index finger of [his] phantom hand" and was able to correctly differentiate between rough and smooth plastics 96 percent of the time.

The researchers (including a group from the Scuola Superiore Sant'Anna in Italy) also had non-amputees take the test while wearing EEG caps. They tested the subjects' brain activity while touching surfaces with their actual finger against the activity detected while they were touching the pieces of plastic with the bionic fingertip. By doing so, the scientists were able to prove that their creation can activate the same parts of the brain that real digits do. Besides leading to prosthetics that can feel, the team believes their technology could also give surgical, rescue and industrial robots the power of artificial touch.

In this article: bionicfinger, EPFL, medicine, robots, science, sensor, touch, video
All products recommended by Engadget are selected by our editorial team, independent of our parent company. Some of our stories include affiliate links. If you buy something through one of these links, we may earn an affiliate commission.