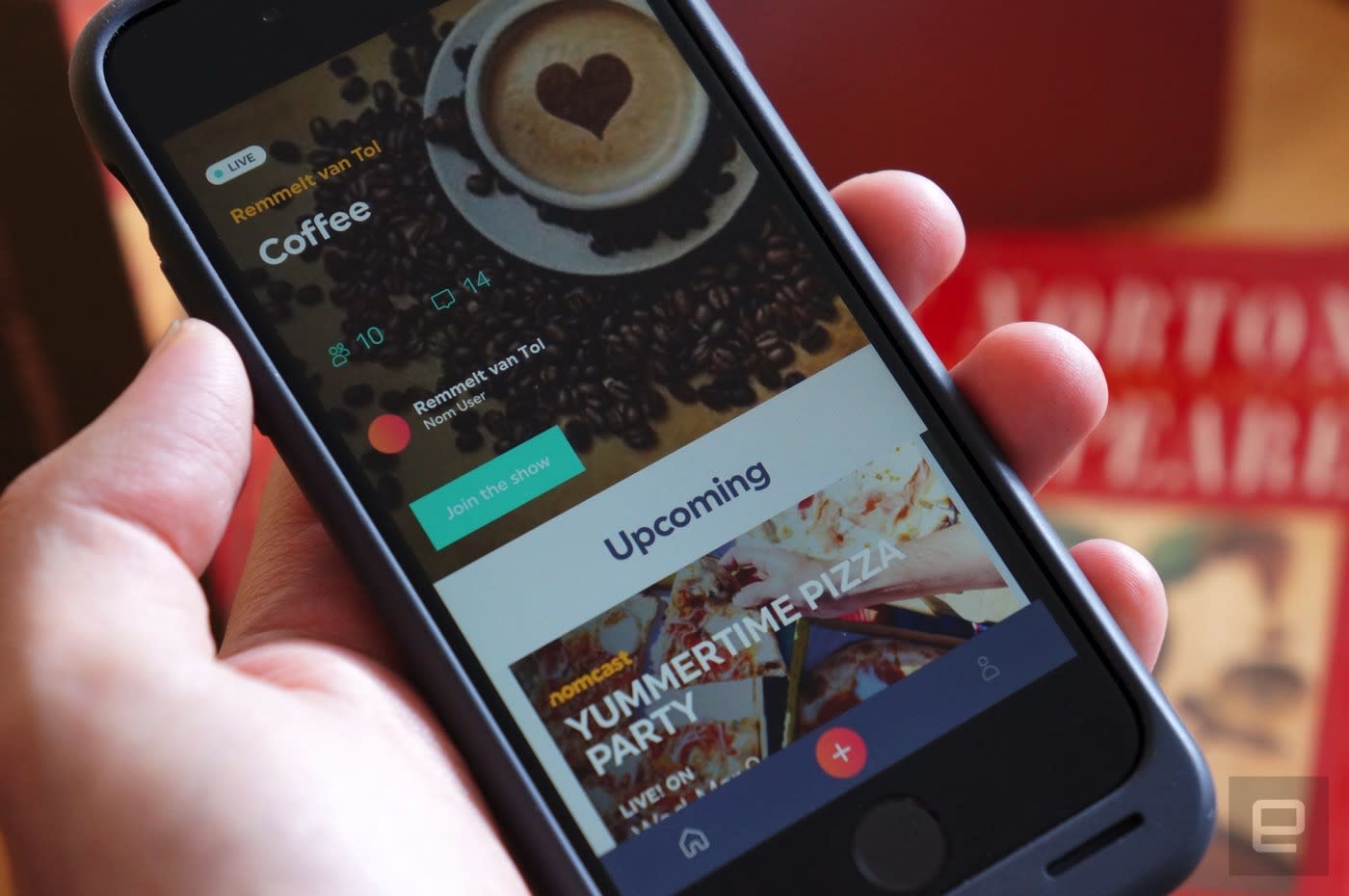 There are plenty of cooking shows in the internet era, but they tend to be pre-recorded, passive affairs. The results are predictable, and you probably won't get to ask questions about the recipe. That's where YouTube veterans Steve Chen (who co-founded the company) and Vijay Karunamurthy think they can help. They've launched Nom, a service that's all about livestreams for cooking and eating. Think of it as a specialized, gastronomical take on Periscope. Individuals and whole teams can broadcast live video from PCs or iOS devices, take input from viewers (including images and videos), and schedule shows. They can even use two live cameras, if the budget allows.

It's tough to know whether or not Nom will succeed. After all, why not just broadcast on Periscope or YouTube? This is a gamble that a targeted, food-friendly service will build a community that would be hard to find on other services, even if they theoretically have more viewers. It might stand a chance -- if you've ever wished you could share your cooking beyond the occasional Instagram photo, you're a good candidate for trying it out.

In this article: app, culture, food, food and drink, food-and-drink, foodanddrink, gear, internet, ios, ipad, iphone, livestream, mobile, nom, services, streaming
All products recommended by Engadget are selected by our editorial team, independent of our parent company. Some of our stories include affiliate links. If you buy something through one of these links, we may earn an affiliate commission.