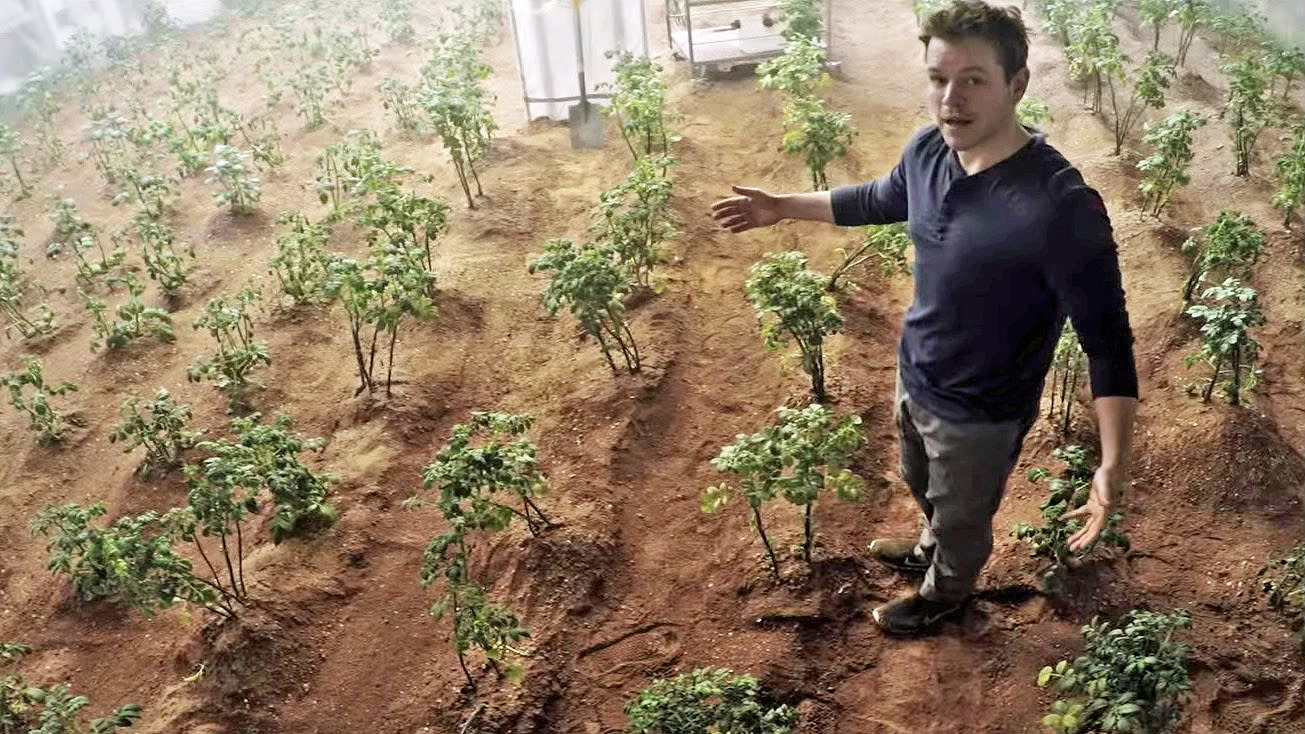 Researchers from the Dutch Wageningen University and Research Center announced on Tuesday that they had successfully cultivated 10 food crops in soil that simulates what astronauts would encounter both on the Moon and on Mars. The team managed to harvest tomatoes, peas, rye, garden rocket, radish and garden cress -- a much better result than the team's initial experiments in 2015 which saw only a few individual plants even germinate.

"The total above-ground biomass produced on the Mars soil simulant was not significantly different from the potting compost we used as a control", Dr Wieger Wamelink said in a statement. Though their results have yet to be peer reviewed, the team reportedly managed its success by making the "alien" soil a bit more Earthlike. Lunar soil, for example, is extremely hydrophobic and Martian soil -- based on what we know from satellite analysis, at least -- isn't much better. However, by adding stuff like freshly cut grass and manure to the simulated soils, the researchers managed to significantly increase yields.

First tomato on Mars soil simulant is getting ripe

Posted by Food for mars and moon on Saturday, September 5, 2015

"That was a real surprise to us," Wamelink continued. "It shows that the Mars soil simulant has great potential when properly prepared and watered. The biomass growth on the moon soil simulant was less than on both other soils, about half of the biomass. Only the spinach showed poor biomass production."

While this is an exciting development in exoplanetary colonization, it's not like we can just shoot some seeds and Miracle-Gro at the red planet ahead of a manned mission and hope for the best. Martian soil is rich in heavy metals. There are plenty of plants that can grow in such soil without ill effect, but they tend to concentrate these toxins, making them inedible to humans. To that end, the research team is launching a crowdfunding campaign to finance its third round of experiments, which will focus on ensuring that the food grown on Mars won't poison the astronauts that eat it.

In this article: agriculture, applenews, culture, lunar, Mars, MarsOne, Martian, Martian soil, science, soil, space, TL17MARS, tomorrow
All products recommended by Engadget are selected by our editorial team, independent of our parent company. Some of our stories include affiliate links. If you buy something through one of these links, we may earn an affiliate commission.