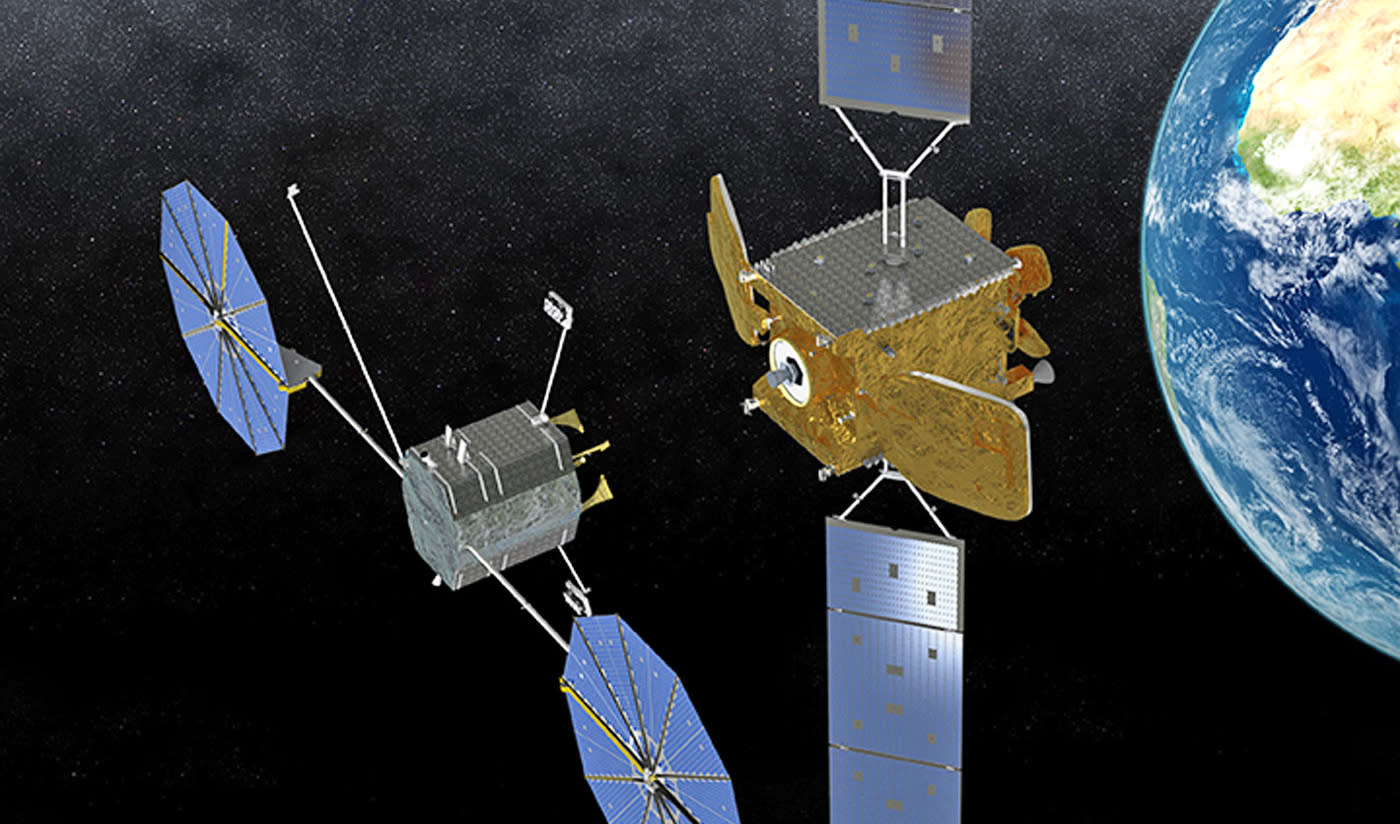 The wealth of space junk idling around Earth is becoming such a serious problem we've taken to dreaming up supervillain schemes to address it. No one solution has been settled on quite yet, but in the meantime ViviSat -- a joint venture between aerospace firms US Space and Orbital ATK (formerly Orbital Sciences) -- has an idea that should cut down the amount we're adding to the dumpster in the sky. Satellites have a lifespan defined by how much fuel they carry into orbit, but with the help of ViviSat's Mission Extender Vehicle (MEV), they could survive up to 15 years longer than they were originally destined to.

As the concept goes, an MEV (twiddling its thumbs in orbit at this point) would dock with a satellite on its last legs and take over altitude and orbital control using its own propulsion mechanisms. This would allow the satellite to continue doing its job for the lifespan of the MEV (roughly 15 years), though it can always detach and move on to new friends if required. ViviSat has been working on the idea for several years already, but its now looking like there could be a market for satellite servicing.

As the Wall Street Journal reports, ViviSat is on the cusp of signing up Intelsat as its first customer, with the current plan to test an MEV in space by the end of 2018 before launching a commercial service a few months later. Should other companies come to the conclusion its cheaper to fix up satellites than launch new ones, future MEVs could be built to refuel, repair, recover and even upgrade satellites with new parts and features.

In this article: intelsat, missionextendervehicle, orbitalatk, OrbitalSciences, satellite, science, space, USSpace, vivisat
All products recommended by Engadget are selected by our editorial team, independent of our parent company. Some of our stories include affiliate links. If you buy something through one of these links, we may earn an affiliate commission.