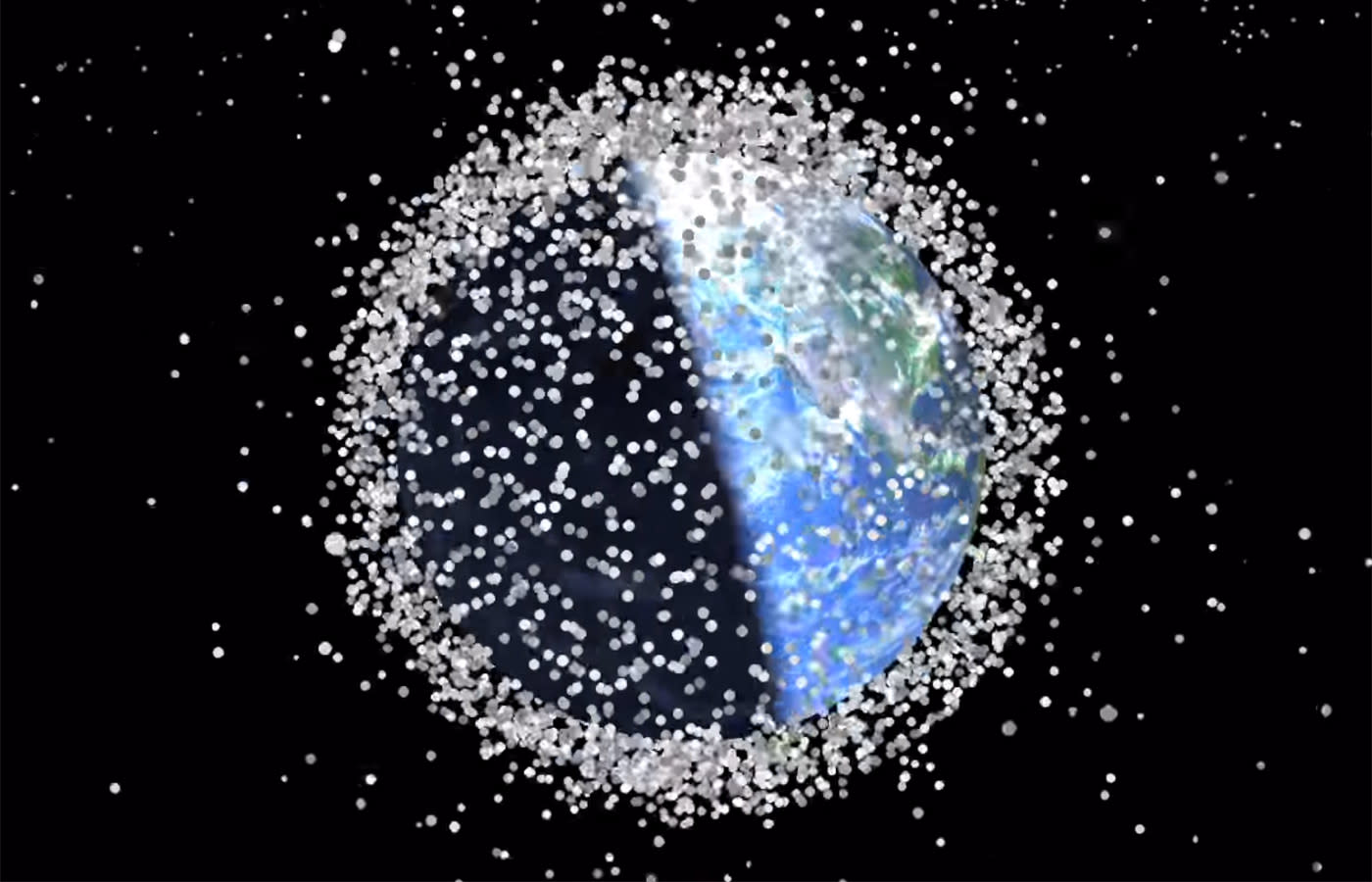 You probably know that the proliferation of space junk is a real problem, but we won't blame you if you have a tough time wrapping your head around the concept. There are roughly 20,000 fragments up there, after all. However, university lecturer Stuart Grey is willing to help. He recently posted a 1-minute video that shows the accumulation of junk from 1957, when Sputnik first flew, through to 2015. As the clip shows, the amount of debris grows in fits and starts. While there were several thousand objects for quite a while, missile tests and satellite collisions added thousands more fragments to the mix.

If you've seen Gravity, you'll know the danger these loose items represent. Typically, those objects are hurtling around Earth at more than 17,000MPH -- all it'd take is a miscalculated route to put astronauts and satellites in serious jeopardy. Some of them are large, too. Unless there's a concerted effort to clean up this mess, spacefarers will have to be increasingly cautious.

In this article: debris, Earth, junk, satellite, science, space, spacedebris, spacejunk, universitycollegelondon, video
All products recommended by Engadget are selected by our editorial team, independent of our parent company. Some of our stories include affiliate links. If you buy something through one of these links, we may earn an affiliate commission.