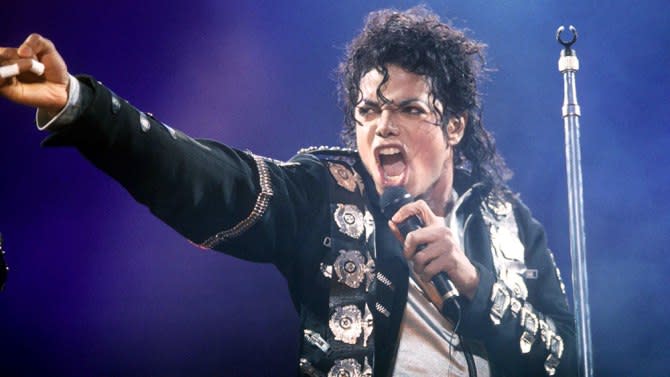 Sony Corp. has reached an agreement with the estate of Michael Jackson to acquire the late music star's interest in their joint music business for $750 million.

Terms of the deal call for Sony to pay $733 million for Jackson's 50% stake in Sony/ATV Music Publishing, as well as previously announced distributions, with payments totaling $750 million.

Sony/ATV Music Publishing, established in 1995 as a joint venture between Sony and Jackson, touts itself as the world's leading music publisher. Together with EMI Music Publishing, Sony/ATV owns or administers more than 3 million copyrights; it also controls "New York, New York," "All You Need Is Love," "You've Got a Friend," "Moon River," "Jailhouse Rock," "The Mission Impossible Theme," "Ain't No Mountain High Enough," "Over the Rainbow," "Stand By Me" and "I Heard It Through The Grapevine."

The companies said in a joint release Monday that the sale is the culmination of a process that began in September when Sony exercised its right to purchase the other partner's interest — a right that has existed since the joint venture was formed by Jackson and Sony in 1995.

The parties expect to reach a definitive agreement by March 31 and the closing is subject to certain conditions, including regulatory approvals.

The estate said the transaction will not affect its continuing interests in other music assets, including all of Jackson's master recordings as well as Mijac Music, the publishing company that owns all of the songs written by Jackson as well as songs by some of his favorite songwriters and artists that were acquired during his life. The estate will also retain its ownership interest in EMI Music Publishing.

"This transaction further allows us to continue our efforts of maximizing the value of Michael's Estate for the benefit of his children," said John Branca and John McClain, co-executors. "It also further validates Michael's foresight and genius in investing in music publishing. His ATV catalogue, purchased in 1985 for a net acquisition cost of $41.5 million, was the cornerstone of the joint venture and, as evidenced by the value of this transaction, is considered one of the smartest investments in music history."

"When Sony first partnered with Michael Jackson 21 years ago to create Sony/ATV Music Publishing, we knew that this company had the ability to reach great heights," said Michael Lynton, CEO of Sony Entertainment, Inc. "This acquisition will enable Sony to more quickly adapt to changes in the music publishing business, while at the same time continuing to be an unparalleled leader in the industry and a treasured home for artists and writers."

In this article: av, entertainment, KazHirai, MichaelJackson, MichaelLynton, music, partner, sony, SonyATV, SonyEntertainment, syndicated, TheBeatles, variety
All products recommended by Engadget are selected by our editorial team, independent of our parent company. Some of our stories include affiliate links. If you buy something through one of these links, we may earn an affiliate commission.