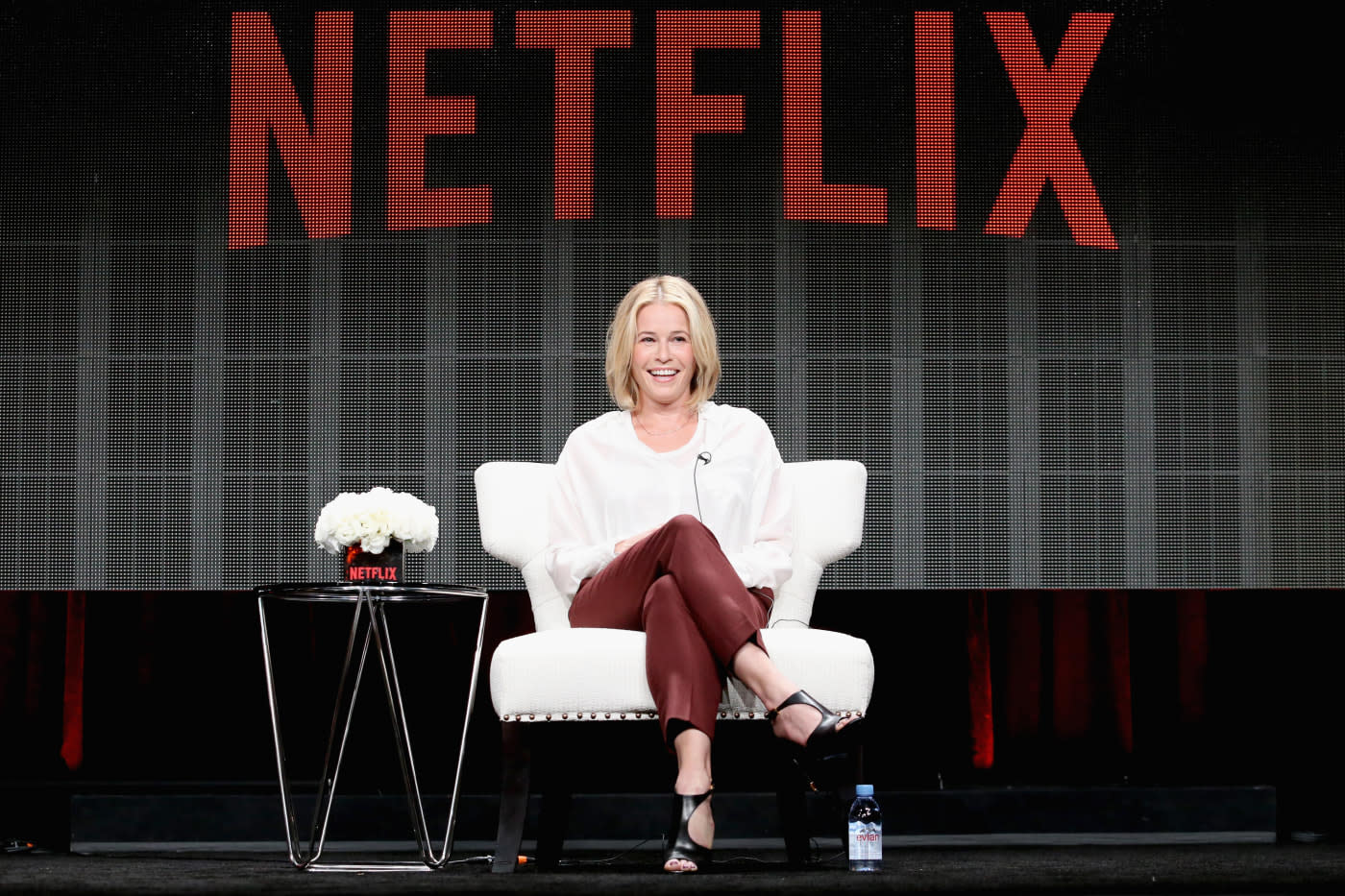 We've been hearing about how Netflix and Chelsea Handler would "revolutionize the talk show" for nearly two years. On May 11th, though, the streaming service's first show to feature that format will make its debut. Each episode will be 30 minutes long and stream three times a week on Wednesday, Thursday and Friday. And yes, they'll be commercial-free. We still don't know the title of the show just yet, but that's expected to be announced this week. Handler already debuted the four-episode comedic documentary series Chelsea Does on Netflix in January and will stream a stand-up special as well.

Here's the announcement for my new show on Netflix. pic.twitter.com/Cqx89RkZNA

In this article: av, chelseahandler, entertainment, netflix, streaming, talkshow, television, tv
All products recommended by Engadget are selected by our editorial team, independent of our parent company. Some of our stories include affiliate links. If you buy something through one of these links, we may earn an affiliate commission.